As of Monday morning, a total of 50 people are in custody following the return of a 206-count indictment. 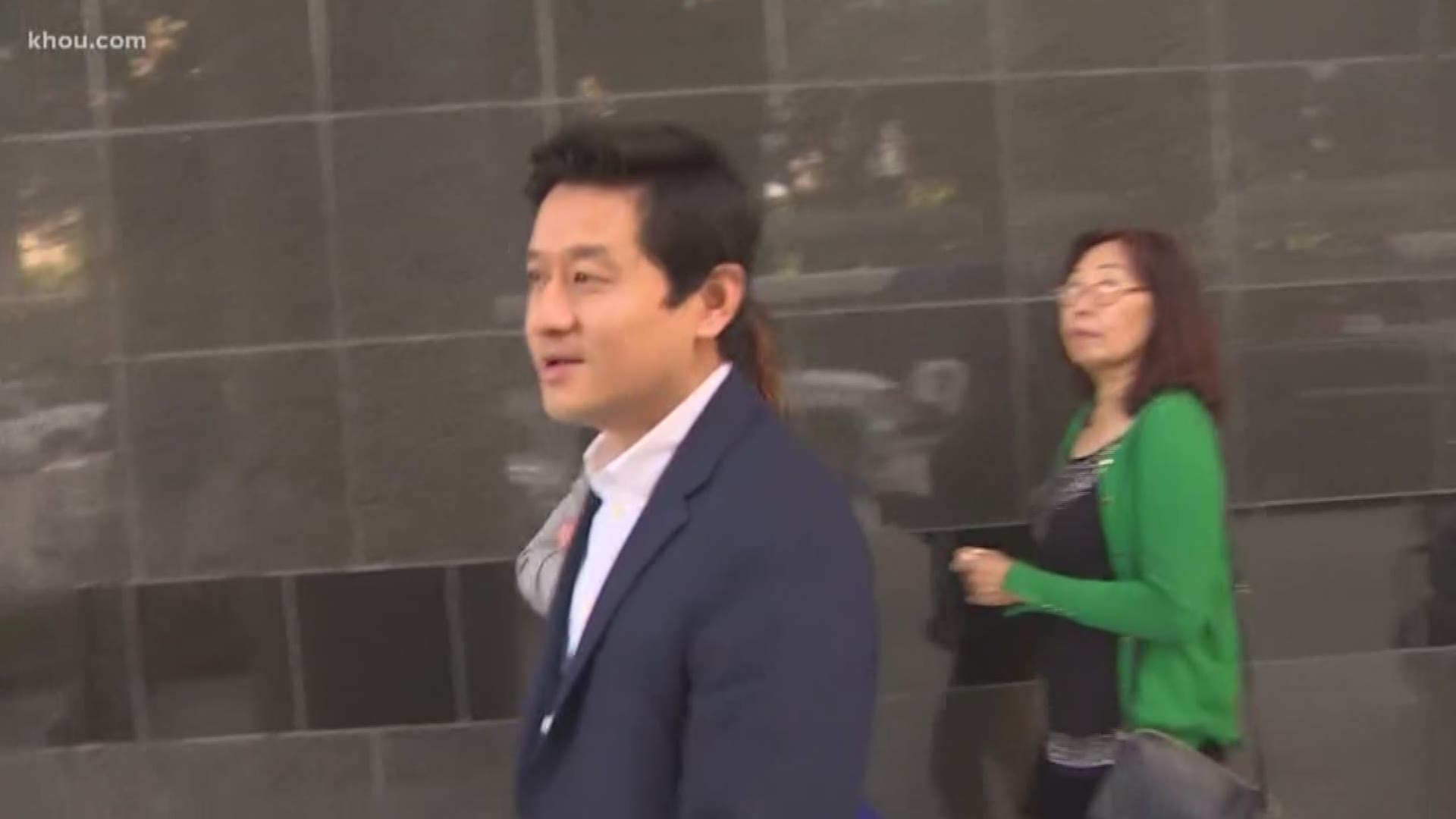 HOUSTON — Dozens of people have been arrested in a scheme that involved the creation of sham marriages to obtain a legal immigration status, the U.S. Attorney’s Office said.

“I don’t have any details,” said defense attorney Robert Pham after representing one defendant during an arraignment. “I can’t say anything at this time.”

The feds detailed their case in a 206-page indictment involving the alleged creation of sham marriages in order to obtain legal immigration status.

“The accusation, basically, is paying somebody to arrange a fraudulent marriage,” said attorney Tom Henderson, who represented another defendant. “That’s the allegation.”

Federal prosecutors allege 53-year-old Ashley Nguyen ran the operation out of a southwest Houston home which was the target of a recent raid.

Among the items agents said they found inside were fake wedding photo albums used to make marriages appear legitimate.

There are 96 defendants so far. About half were undocumented Vietnamese immigrants before marriages. The other half were U.S. citizens recruited to marry them. As of Monday morning, a total of 50 people are in custody following the return of a 206-count indictment.

They allegedly got paid between $30,000 and $70,000. The feds said documents were filled out and forged, in many cases, in an office building not far from Nguyen’s house. According to court testimony, Nguyen threatened to kill anyone who, “f****d with her money.”

“I’m shocked,” said a man identifying himself as Nguyen’s brother-in-law. “That’s the first time I ever heard about it.”

Several friends or family members attended an initial court hearing during which the feds described the marriages as shams because the husbands and wives never intended to live together.

“I don’t know if they’ve taken this extent of enforcement up until now,” Henderson said.

In some cases, federal agents said they arrested defendants at the airport as they attempted to leave the country.

Others were also allegedly in charge of receiving the proceeds from the beneficiary spouses and disbursing the payments to the petitioners. The indictment further alleges the criminal organization provided false tax, utility and employment information to help ensure USCIS would approve the false immigration forms.

Also indicted is attorney Trang Le Nguyen aka Nguyen Le Thien Trang, 45, of Pearland, for obstructing and impeding the due administration of justice and tampering with a witness, victim or informant.

Most face 10 to 30 years in federal prison if convicted.