Jennifer Romano, 46, appeared in court Monday night. She is charged with tampering with evidence and injury to a child. 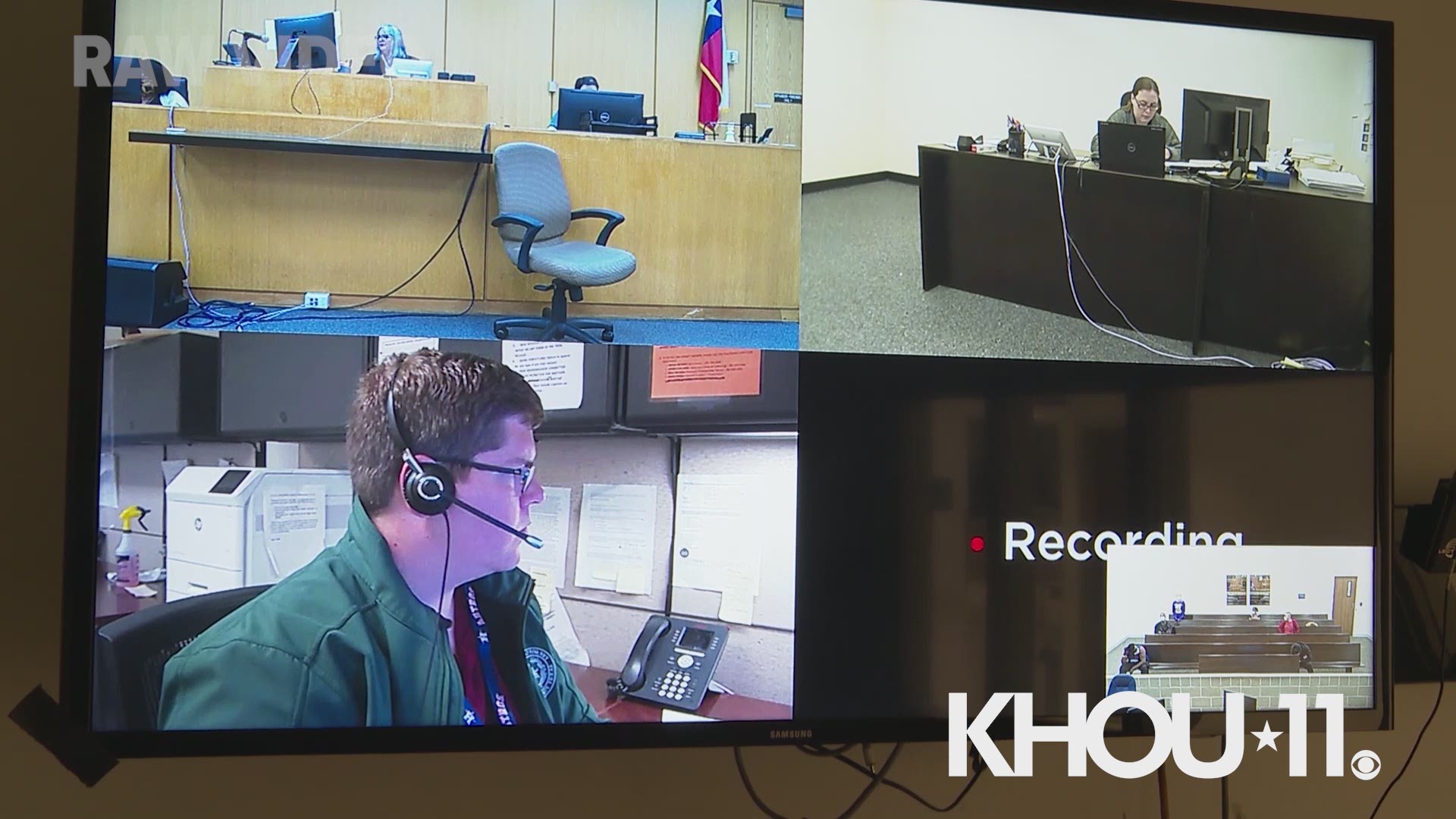 HOUSTON — A woman is charged and arrested weeks after her dog attacked a 3-year-old girl at a family restaurant in the Spring area, according to court documents.

Jennifer Romano, 46, appeared in court Monday night. She is charged with tampering with evidence and injury to a child.

According to documents, the child had to get 14 stiches and may need plastic surgery to correct possible disfigurement. The dog involved has since been euthanized.

The little girl was standing in line with family members at a restaurant in Old Town Spring when the dog mauled her face about 4:10 p.m. on Jan. 9, according to officers.

Credit: KHOU 11
Jennifer Romano, 46, is charged with injury to a child and tampering with evidence.

Investigators said several witnesses reported the dog, which was wearing a red service animal vest, was several feet away from the child when it lunged at her unprovoked.

Harris County sheriff's deputies identified Romano from viral video of the attack. The victim's mother was also able to give officers the license plate number and description of the vehicle she fled the scene in with a friend.

Records stated the friend told officers Romano wanted to protect her dog, so she ran off. The friend reportedly told officers Kingston had bitten him too a couple years ago, but he didn't report it.

Investigators said Romano impeded the investigation and protocol when she refused to give the dog to animal control officials to be quarantined for rabies.

Credit: KHOU 11
Jennifer Romano, 46, appear in court after she is charged with injury to a child and tampering with evidence.

According to court documents, officials spent weeks trying to contact Romano and had paid several visits to her apartment but she refused to answer.

Investigators said the suspect's dog, a Staffordshire bull terrier named Kingston, had bitten others in two different incidents within the past year. It's unclear whether Romano followed protocol in those incidents.

It's not the first time Romano had a dog put down for biting someone. Officials said she had a dog named Gus that was put down for assaulting a person.