The Army CID said additional information led them back to the area of a search for Vanessa Guillen that was conducted on June 22. 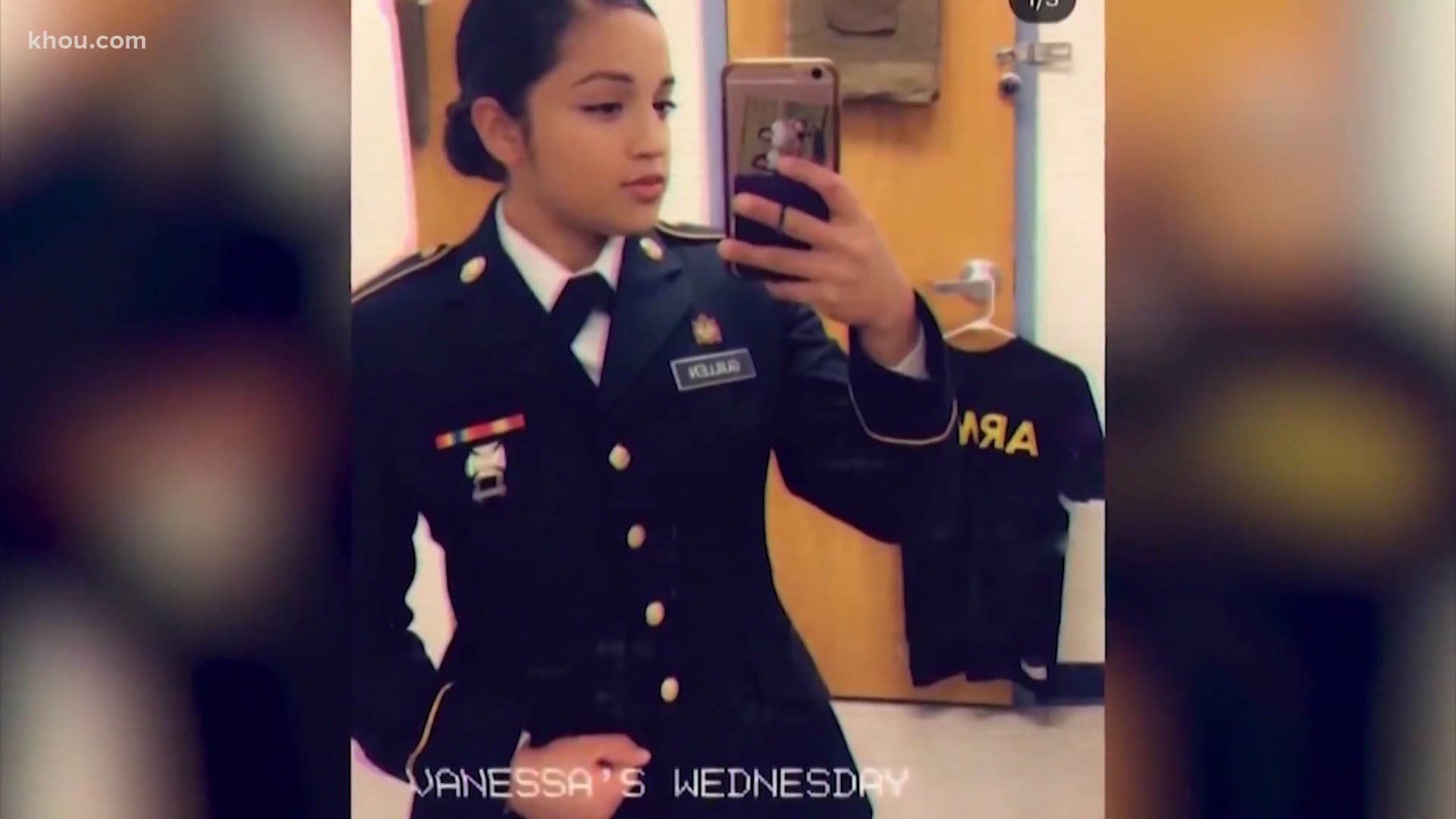 LITTLE RIVER-ACADEMY, Texas — Update 07/01 3:51 p.m. - Additional remains have been recovered in the search for Vanessa Guillen near the location where the original remains were found Tuesday, according to Major Cruz. Cadaver dogs were sent to search the area the morning of July 1, leading search crews to the additional remains.

The Army Criminal Investigation Division confirmed Tuesday human remains were found in an area near the Leon River, where a search for Vanessa Guillen was conducted on June 22.

Due to extensive investigative work conducted by Special Agents from the U.S. Army Criminal Investigation Command, agents have returned to an area of interest close to the Leon River, Bell County, Texas for more investigative work in the search for PFC Vanessa Guillen.   After receiving additional information, agents have discovered what has been described as partial human remains after analysis from a forensic anthropologist.  Army CID agents are currently on scene with the Texas Rangers, the FBI and Bell County Sheriff's Department.  No confirmation as to the identity of the remains has been made at this point and we ask for the media and public's understanding that the identification process can take time.
Due to the ongoing criminal investigation, no further information will be released at this time.

The search was near Little River Academy at 436 Leon River Bridge. It's the same area authorities were searching on June 22. The remains were removed around 6 p.m.

Sgt. Bryan Washko with the Texas Department of Public Safety said the remains were found just inside a tree line close to the street. A civilian in the area smelled something and notified the Bell County Sheriff's Department, Washko said.

Tim Miller with Texas Equusearch, which led several searches for Guillen based on tips, said, "The search is over pending positive identification."

Miller said the remains were found in a shallow grave but were concealed well enough that the dogs used in the first search did not find them. Miller said he informed Guillen's family about the remains.

Guillen was last seen around 11:30 a.m. on April 22 in the parking lot of her regimental engineer squadron headquarters on Fort Hood.

Her car keys, room key, identification card and wallet were found in the armory room where she was working earlier in the day.

The Guillen family attorney, Natalie Kahwam, said she would be joined by the family Wednesday for a national press conference at 10 a.m. central time in Washington DC in front of the Navy Memorial.

Army CID confirmed in a meeting with Congresswoman Sylvia Garcia on June 23 foul play was suspected in Guillen's disappearance.

Garcia said Guillen had reported to her friends and family that a sergeant once came into her shower while she was naked.

Garcia said as of Tuesday afternoon she had not heard any additional information about the remains that were found.

"We have not heard from them (family) or Army. We heard thru media of the search," said Garcia.

Guillen's family held protests outside Fort Hood on Fridays for several weeks in a row calling for more answers in the case.

Guillen's mother Gloria made an impassioned plea in Spanish during the protest on June 23. She said she did not trust Fort Hood. She said she believed everything they've told her was lies.

CID offered a reward of up to $25,000 on June 15 for credible information leading to the whereabouts of Guillen.

The League of United Latin Citizens of American announced it was adding $25,000 to the reward on June 16. Rapper Baby Bash also said he would offer $5,000.

Khawam said Fort Hood never told the family when Guillen disappeared. They called Fort Hood to tell them they had not heard from her.

Khawam also questioned why there had not been a 9 a.m. and 3 p.m. check to make sure soldiers were accounted for.