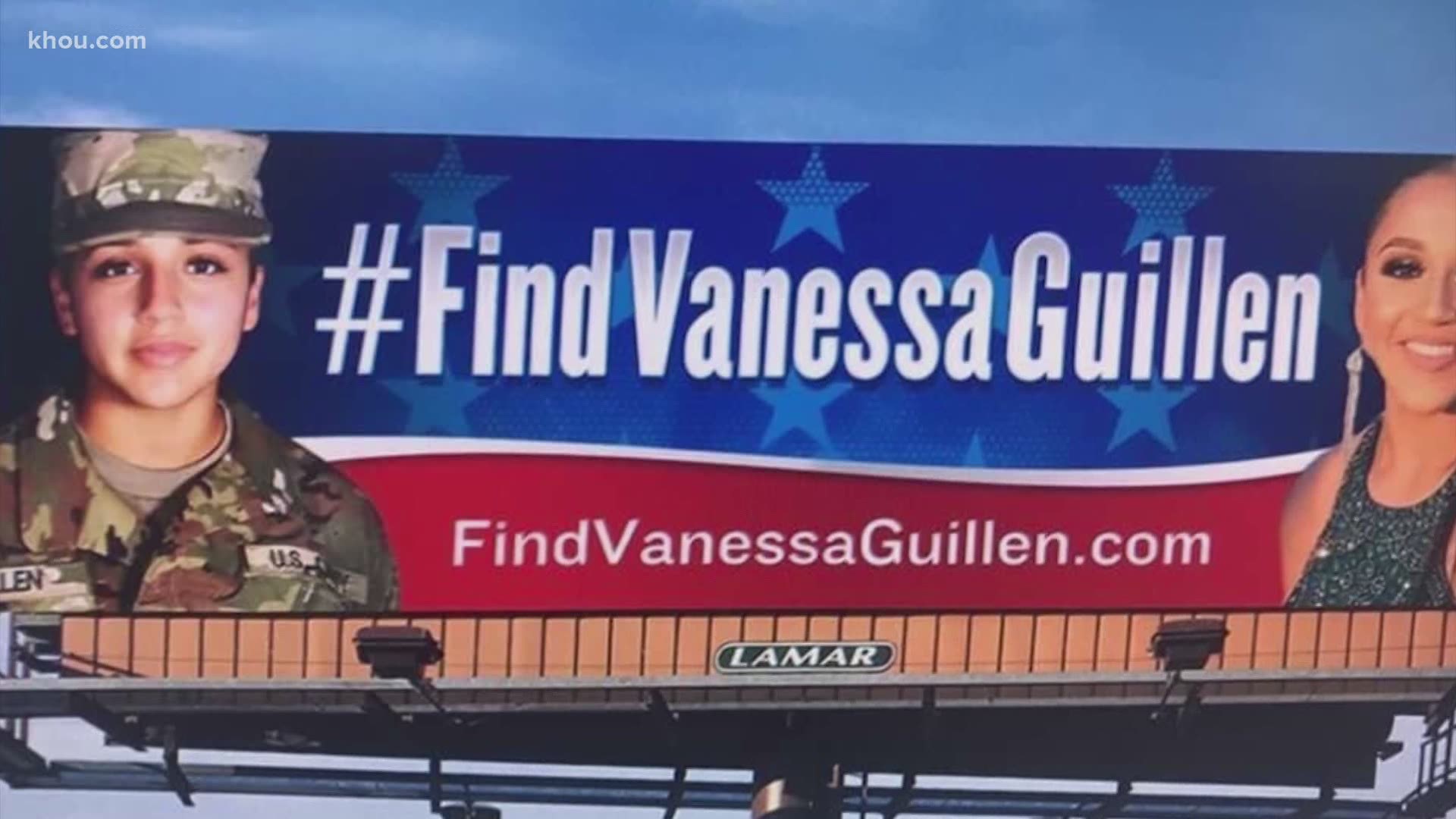 Guillen was last seen April 22 at 1 p.m. wearing a black T-shirt in the parking lot of her regimental engineer squadron headquarters on Fort Hood.

Her car keys, room key, identification card and wallet were found in the armory room where she was working earlier in the day.

“I opened an investigation concerning the information provided by the Guillen Family that Pfc. Vanessa Guillen was harassed prior to her disappearance," said Overland. "I take allegations of sexual harassment very seriously and we are conducting a thorough investigation."

CID is offering a reward of up to $25,000 for credible information leading to the whereabouts of Vanessa Guillen.

The League of United Latin Citizens of American announced Tuesday it was adding $25,000 to the reward. Rapper Baby Bash also said he would offer $5,000.

Guillen's family has held protests outside Fort Hood since May, with hundreds of demonstrators joining them. They planned to hold another protest on Friday.

Texas EquuSearch were on Fort Hood Wednesday to speak with officials about how they can help with the search effort.

Congresswoman Sylvia Garcia said her office requested a congressional inquiry with the Department of Defense. She said they have also reached out to the Congressional Hispanic Caucus to amplify the story and assist.

Tom Rheinlander, Fort Hood's Public Affairs Office director, reiterated, "We encourage anyone who may have information, no matter how minor, that could help in the safe return of Vanessa Guillen to please call CID agents at 254-495-7767 and share that information with them."

Guillen's attorney Natalie Khawam said she is happy Fort Hood is finally looking into the sexual harassment claims and taking the allegations seriously.

3rd Cavalry Regiment Commander, Col. Ralph Overland, appointed a team to conduct an investigation into allegations that Vanessa Guillen was sexually harassed. He says he takes allegations of sexual harassment very seriously and will conduct a thorough investigation.

Kwaham said there may not have been any reporting of her sexual harassment because Guillen did not report it to army officials.

“Just like anything else in the world sometimes people do not report things even though we advise them too,” Khawam said. “It’s the norm not to especially for women who are victims because they fear retaliation, or they might not be credible."

Kwaham said it was something several other people claimed.

“I spoke to several witnesses and they told me about the sexual harassment and assault statements she made to them by a few different non-commissioned officers and CO’s, so this makes me concerned this happened more than one time by more than one person on base,” Kwaham said.

Khawam sais it is bizarre to her that Guillen’s white jeep is still sitting at Fort Hood not taped off or anything. Khawam, U. S. Representative Sylvia Garcia from Houston and Vanessa's family will meet with Fort Hood officials Tuesday at 9 a.m.

A press conference will follow immediately after. There will be another protest at the Fort Hood Gate on Rancier Drive at 4:00 p.m. on Friday.