The systems run on solar or stored cell power and can be mounted on bridges or traffic lights along flood-prone roadways. 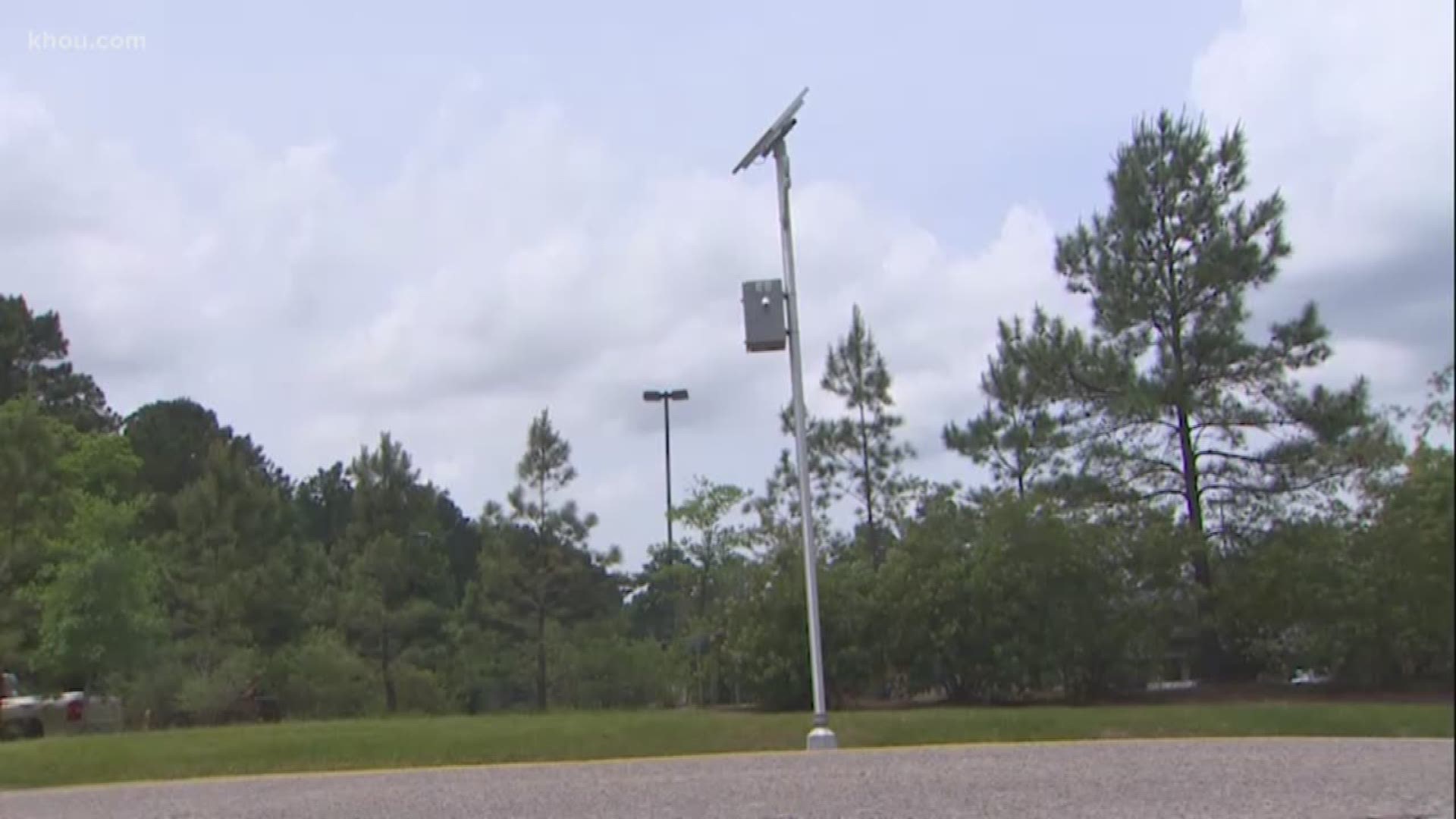 MONTGOMERY COUNTY, Texas — An area hit hard by Harvey is now home to a new flood warning system. Montgomery County officials hope to eventually install it all over the county.

The system uses radars and cameras to track rising water and then sends alerts to first responders and, eventually, residents.

Commissioner Noack showed us a test unit installed near his office, which flooded during Harvey.

Right now, his team is notified when water reaches certain height. The camera snaps a photo so the threat can be verified.

“We had a lot of residents and businesses that flooded for the first time during Harvey, and one of the things we wanted to do was develop an early warning system where we could notify people ahead of time,” Noack said.

They run on solar or stored cell power and can be mounted on bridges or traffic lights along flood-prone roadways.

It may give people just enough time to get ready in the event of another emergency.

“At least it allows us to get expensive things up off the floor,” said homeowner Paul Syracuse. “Or prepare to get out if it’s going to be a bad flood.”

Noack said they can be monitored by existing personnel who monitor traffic in Montgomery County.