"Whether you like her or not, you voted for her or not, it’s just about this historic, symbolic moment," said Dr. Jayco McCowan. 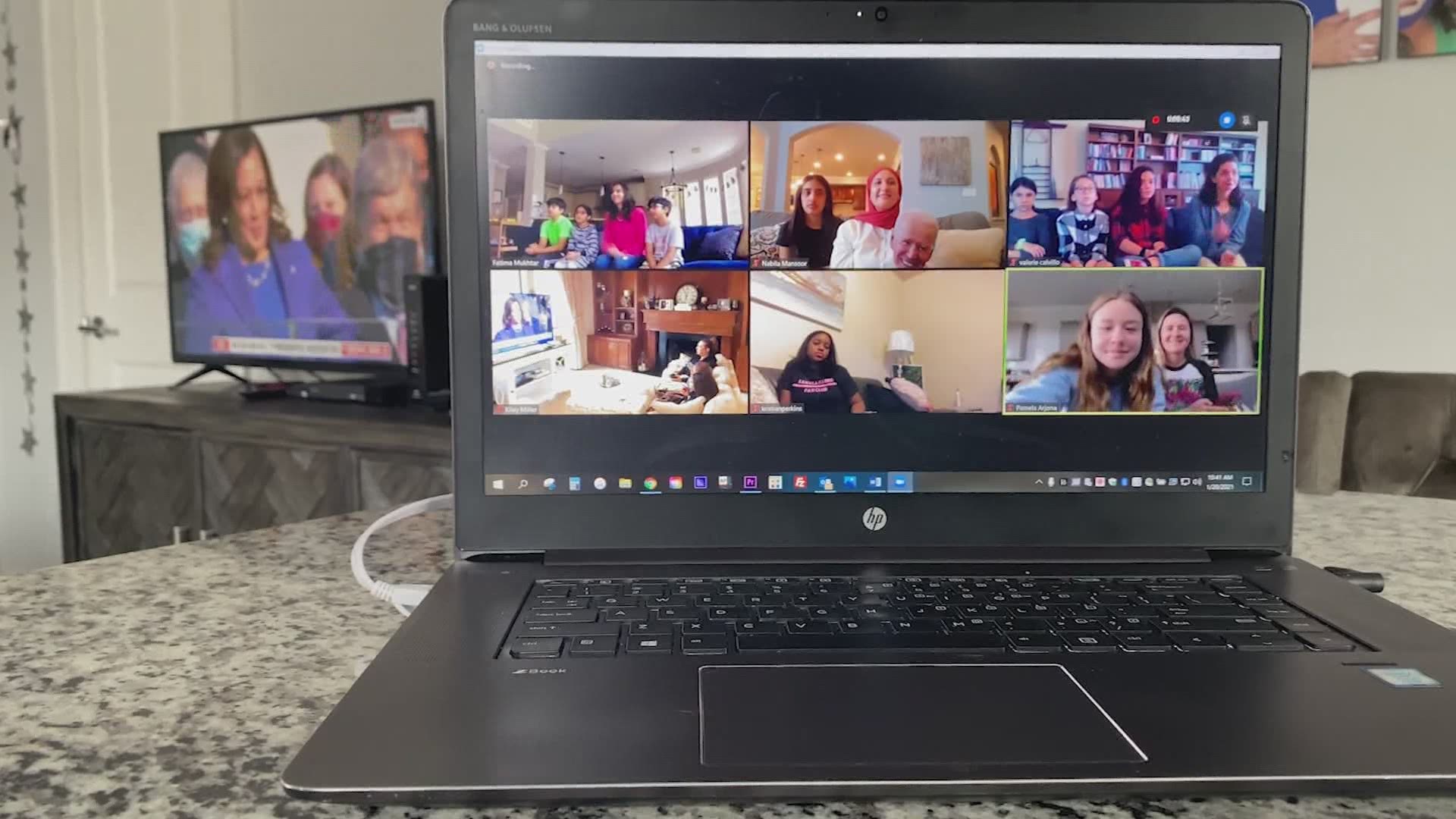 HOUSTON — A whole lot of little girls are dreaming big because of Vice President Kamala Harris.

Harris, who took the oath of office Wednesday, is the first female VP and woman of color to hold the office.

From Marlee Zorns of Cypress to 6-year-old Iman Mukhtar of Sugar Land to 4-year-old Jordyn McCowan in Fort Bend County, the little girls and their mothers remind us that representation in The White House really does matter.

“Growing up in this country, they kind of tell you, you can do anything that you set your mind to, and you can be whatever you want,” said Pamela Arjona of Richmond. “But especially for young girls, sometimes it’s just kind of difficult, because you haven’t seen that.”

The Arjona family turned on the projector to watch today’s inauguration on the big screen. Mother Karla Arjona, an immigrant herself, said she was excited to watch Harris, the daughter of immigrants, be sworn into office today.

“I think she could be president one day,” said Arjona of her teen daughter Pamela.

“It’s not impossible. She can do whatever she wants,” said Kiley Miller of her 11-year-old daughter Marlee Zorns who sees herself in Harris.

The Calvillo girls snapped a photo outside their Richmond home before they piled onto their couch to watch the inauguration of President Joe Biden and Vice President Harris. The Mukhtar family watched history from their couch, too.

“My boys are going to be watching, too. It’s so important for them to see this history being made,” Mukhtar said.

“I’m really excited to see her as our vice president,” said Zaynah Yousef.

“We’re going to have the TV on in the background the whole day today,” said Yousef’s mother, Nabila Mansoor.

“She got on her pearls,” said Dr. Jayco McCowan of her 4-year-old daughter, Jordyn. “Just the hope and the inspiration that VP Harris has given us as women, that’s groundbreaking, right? Whether you like her or not, you voted for her or not, it’s just about this historic, symbolic moment,” that connects hope to reality.

“I want to grow up in a world where the president or the vice president being female is no big deal,” Mansoor said. “And I think what excites me most about this is we’re now in that moment.”

“It feels amazing to know that my possibilities are endless,” Zorns said.

I talked to moms & daughters about #Inauguration2021.

Today's American milestone will shape Marlee's future and her dreams in a way we can't yet measure.