Women across the country celebrated in solidarity, sporting their 'Chucks and pearls' in honor of our new VP. 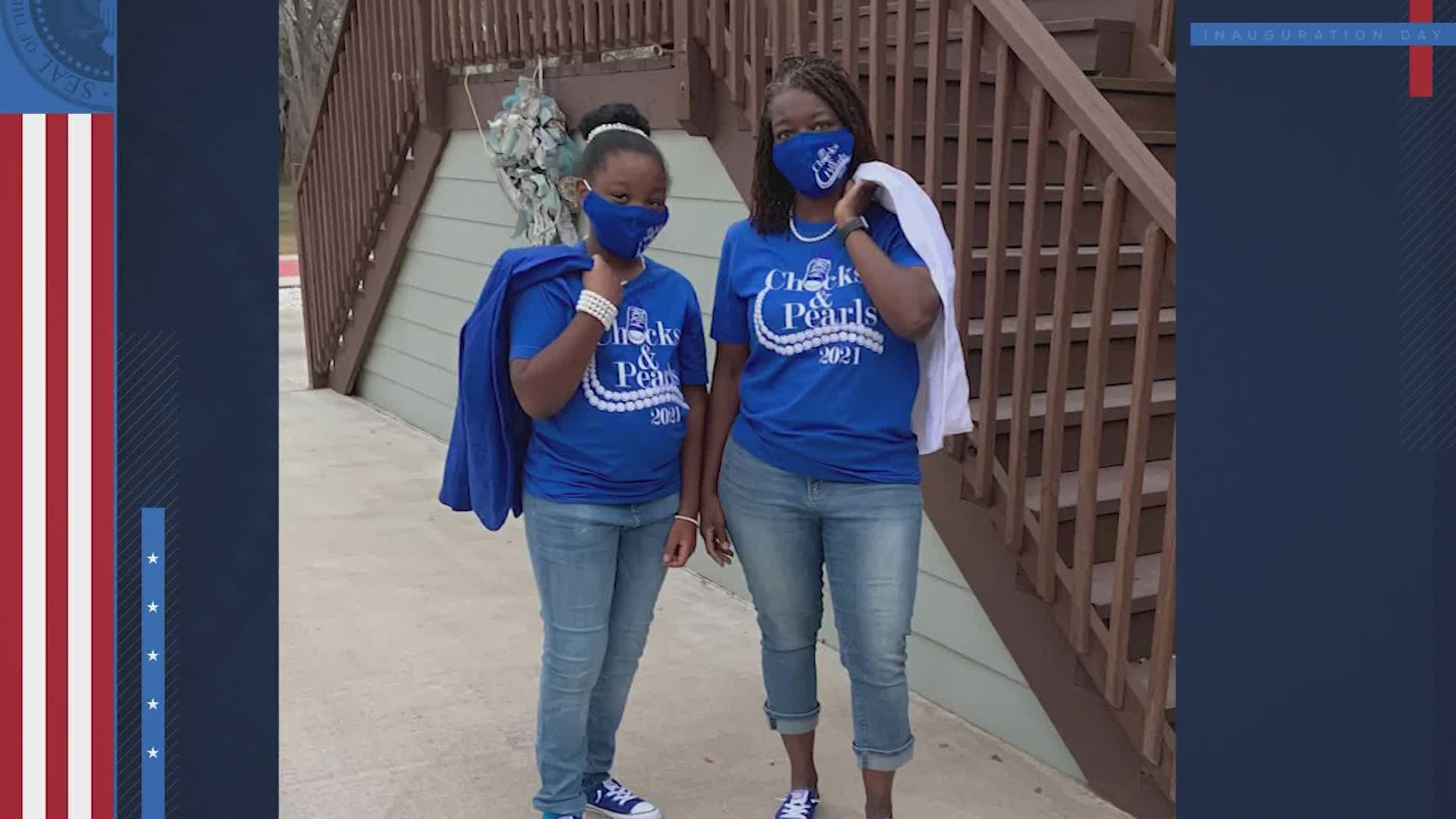 HOUSTON — From her sorority sisters to one of her closest friends, Vice President Kamala Harris got nationwide support Wednesday as women across the country put on their "Chucks and pearls" in her honor.

Wearing her signature pearl necklace and earrings, Harris was sworn in as the first woman to become vice president of the United States.

“Breaking all gender barriers, racial barriers and inequality barriers, so this is definitely a huge historical moment for us," said Rosenberg mother Rose Pickens.

For Pickens, it’s a day she hopes her daughter will never forget.

“Most importantly, we see a future for women of color," Pickens said.

“Today was going to mark a day that I would remember for the rest of my life," said Jessica Hill, president of the Houston Mu Kappa Omega Chapter.

Hill said having that connection to kamala made that moment ever more inspiring.

But for those who know Harris personally, Wednesday took on a whole new meaning.

“It was just a moment where I’m overwhelmed with pride and optimism," said Melanie Miles.

Miles, a Houston attorney, attended Howard University with Harris, where they joined AKA, a sorority known for wearing pearls as well.

If it weren’t for the pandemic, Miles would’ve been at the inauguration in person, but said, for these next four years, you can expect to find a strong and selfless leader in her close friend.

“There’s nothing that we can’t do. It was very empowering," Miles said. "I believe that she will want the spotlight not to be on her, but on what she’s going to do for this country.”