Emergency crews performed CPR on the man, but he was pronounced dead at the hospital. 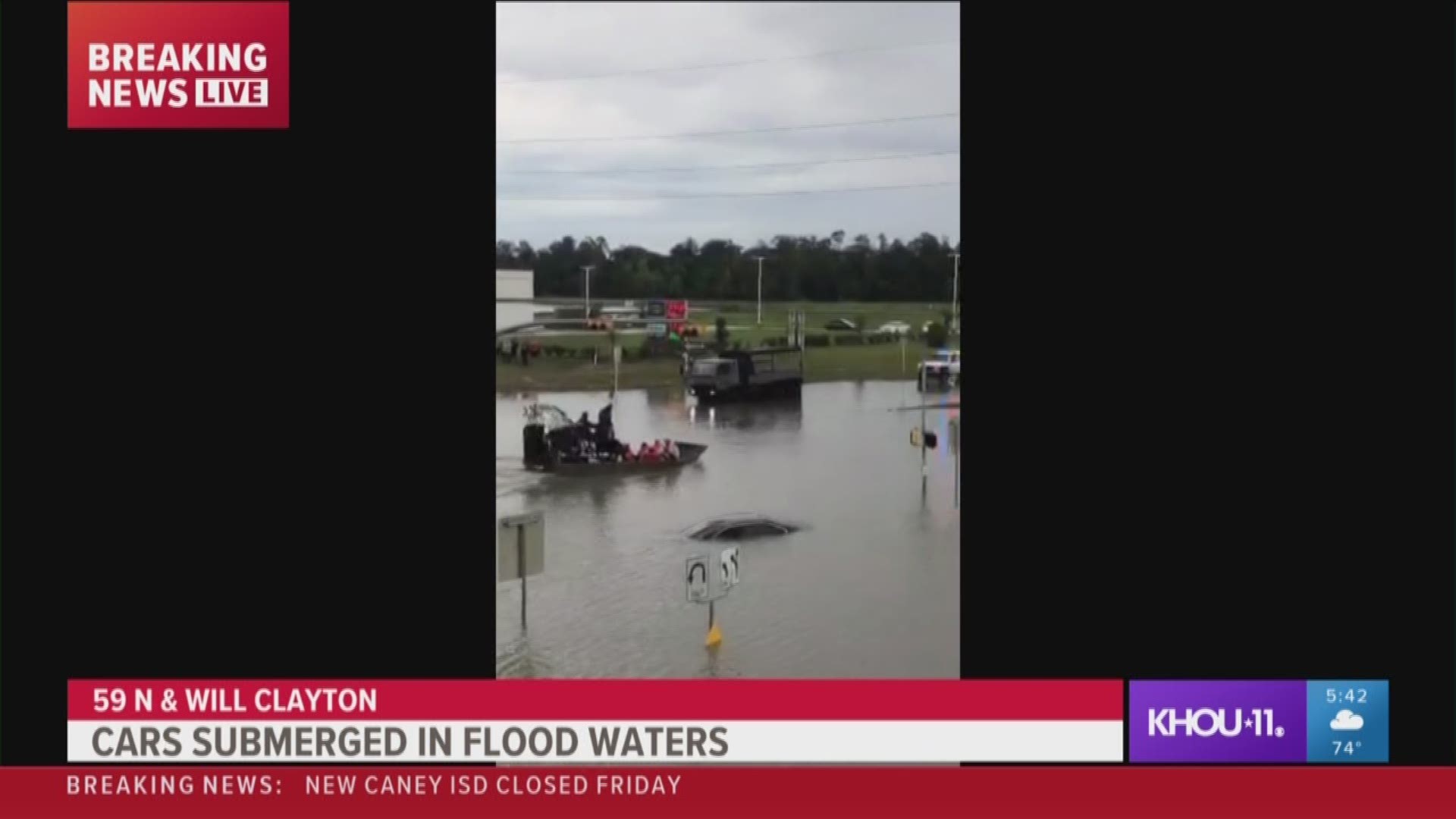 HOUSTON — First responders did their best to rescue a man from a submerged vehicle on Will Clayton near 59.

Harris County Sheriff’s deputies dove into the water to try and save him.

The victim was unconscious when they pulled him out. Emergency crews performed CPR on the man, believed to be 40 to 50 years old.

The victim, later identified as Raul Rivas-Hernandez, was rushed by ambulance to an area hospital but he later died.

"The water level was about 8-feet high. The driver paused briefly, then accelerated into the water, causing his van to go under," Sheriff Ed Gonzalez tweeted.

A witness said the man was underwater for about 20 minutes.

HCSO initially said there are other people rescued from the van but later said they weren't sure. The dive team continued searching that area for hours but saw no signs of life, according to Harris County Sheriff Ed Gonzalez.

"We will now attempt to pull out the van, hoping there's no other occupants," Gonzalez said.

This is the first death related to Tropical Depression Imelda in the Houston area.

A man in Jefferson County was electrocuted when he was trying to move his horse to higher ground.

RELATED: Hero with hammer rescues trucker stranded on 59 feeder with water up to his windshield