Can the President sue to stop ballot counting? Professor Brandon Rottinghaus, a Presidential expert, says no. 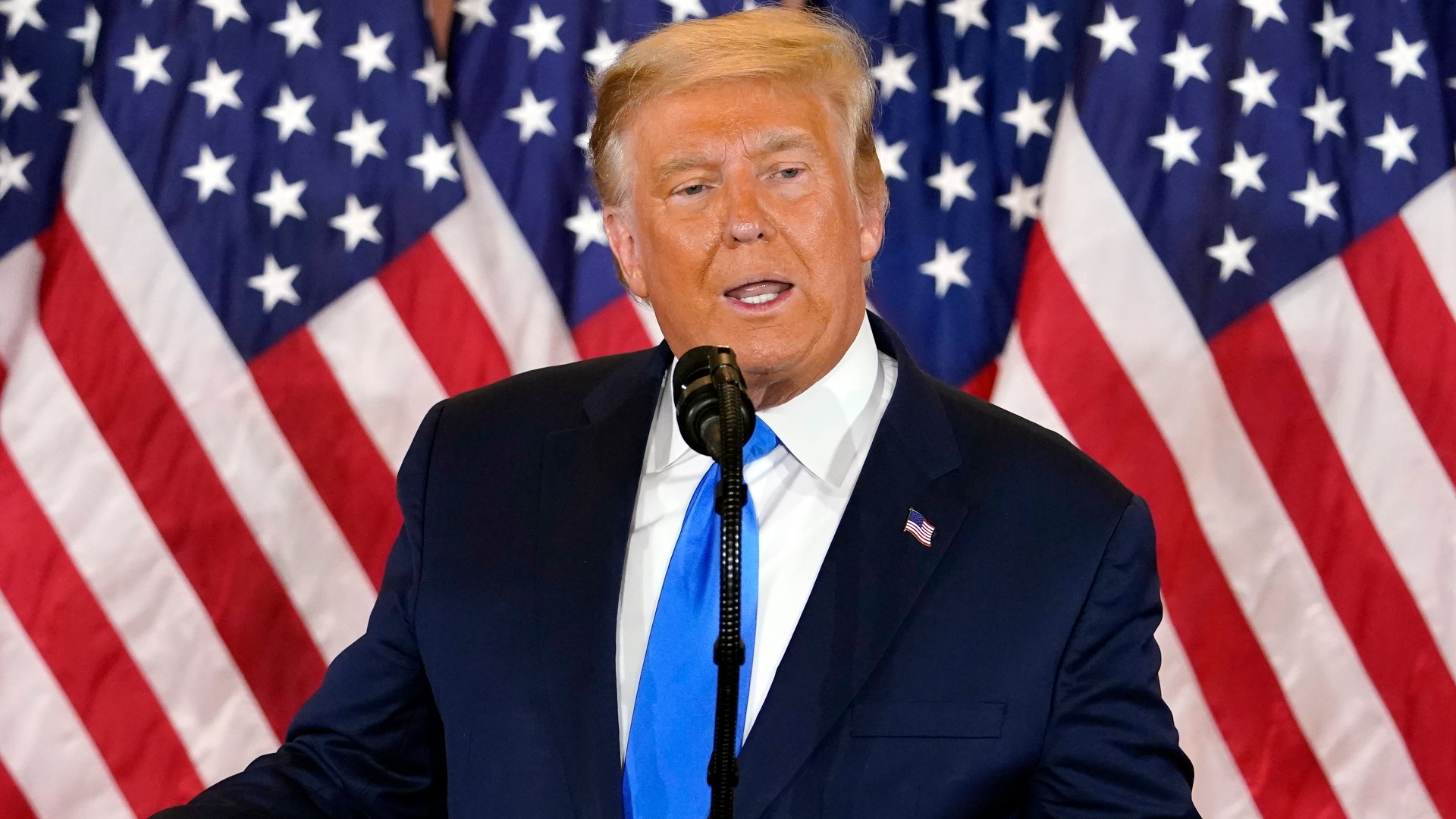 HOUSTON — President Donald Trump expressed his displeasure with the ballot counting process in several states via Twitter on Wednesday. He also claimed ballots had been "secretly dumped." Twitter flagged the tweet as possibly misleading.

Trump made several attempts Wednesday to stop, alter, or redo the counting of ballots, including filing lawsuits in Georgia, Pennsylvania and Michigan. He also asked for a recount in Wisconsin.

"President Trump’s campaign has not been provided with meaningful access to numerous counting locations to observe the opening of ballots and the counting process, as guaranteed by Michigan law. We have filed suit today in the Michigan Court of Claims to halt counting until meaningful access has been granted. We also demand to review those ballots which were opened and counted while we did not have meaningful access. President Trump is committed to ensuring that all legal votes are counted in Michigan and everywhere else.”

University of Houston Professor Brandon Rottinghaus explained what legal options the President has to challenge the results of the election.

Acc to @bjrottinghaus -- in order for @realDonaldTrump to challenge the totals and ask for a recount, the vote totals for each candidate must be within 1% of each other. Read the law here: https://t.co/JFzzf44y9L @KHOU #KHOU11 #Elections2020 https://t.co/WxvGxKPXiq

Can the President stop ballots from being counted?

Can the President take a case directly to the Supreme Court?

Trump also said in a news conference early Wednesday morning that “we will be going to the U.S. Supreme Court” to halt the counting of votes in those states in which no final projection had been made.

Can the President challenge the results in certain states and ask for a recount?

What can a candidate do if they are unsatisfied with the results of an election?

"The President really does not have a lot of recourse right now," Rottinghaus said. "We are still in a counting phase, so for most competitive states, they are still waiting for ballots to come in and they’re going to have to count those ballots. So right now it’s a waiting game for most Presidents.”