They are asking a judge to order Chatham County to secure and account for ballots received after 7 p.m. on Election Day. 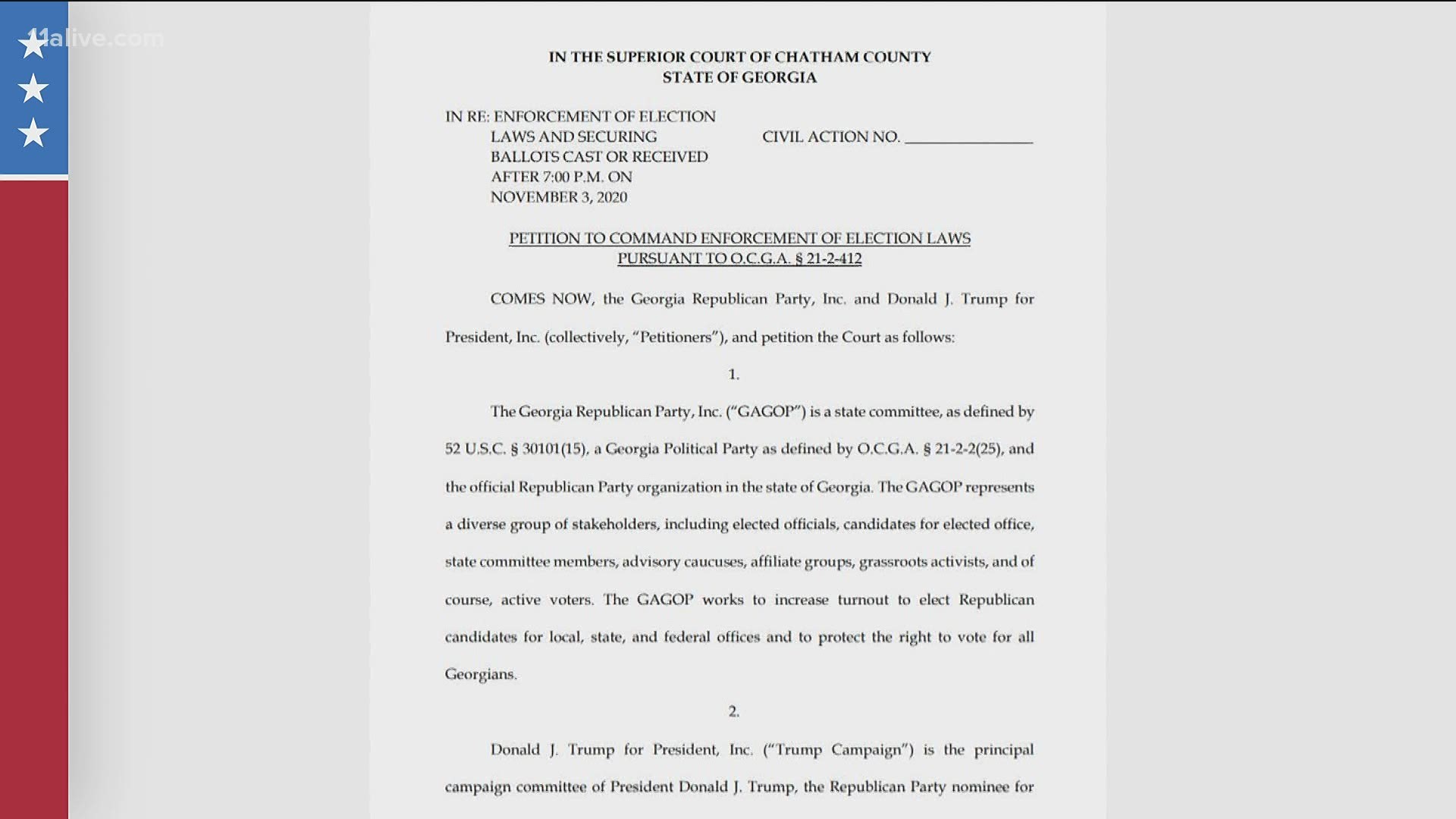 ATLANTA — President Donald Trump's campaign and the Georgia Republican Party have filed a lawsuit against the Chatham County Board of Elections asking a judge to order the county to secure and account for ballots received after 7 p.m. on Election Day.

State party Chairman David Shafer said in a statement Wednesday night that they planned to sue in a dozen counties.

In Georgia, ballots must be received by 7 p.m. on Election Day in order to count. Chatham County contains Savannah and leans Democratic.

"President Trump and his team are fighting for the good of the nation to uphold the rule of law, and Georgia’s law is very clear: to legally count, mail ballots must be received by 7:00 p.m. on Election Day," his campaign said in a prepared statement. "That’s still the law, even after Democrats sued earlier this year to extend the deadline and delay Election Day — President Trump and Republicans fought to uphold Georgia law, and we won."

Georgia is among a handful of states that The Associated Press has not called. In the race to the 270 electoral votes needed to win the presidency, Democrat Joe Biden currently has 264 while Trump has 214.

Trump tweeted Wednesday that he has “claimed, for Electoral Vote purposes, the Commonwealth of Pennsylvania (which won’t allow legal observers) the State of Georgia, and the State of North Carolina, each one of which has a BIG Trump lead.”

Meanwhile the Secretary of State's office said they are committed to get it right.

“Officials in numerous counties are continuing to count ballots, with strong security protocols in place to protect the integrity of our election,” said Secretary of State Brad Raffensperger. "We’re well aware that with a close presidential election and the possibility of runoffs in some elections that the eyes of the state and the nation are upon Georgia at this time," Raffensperger said.

Raffensperger noted numerous security measures in place to secure the vote and increase public confidence in the electoral process. He said drop boxes were locked at 7 p.m. and that there were surveillance monitoring them at all times.

Raffensperger also said a pre-certification audit will provide additional confidence that the votes were accurately counted.