Firefighters stayed at the scene overnight to put out any hot spots that popped up. 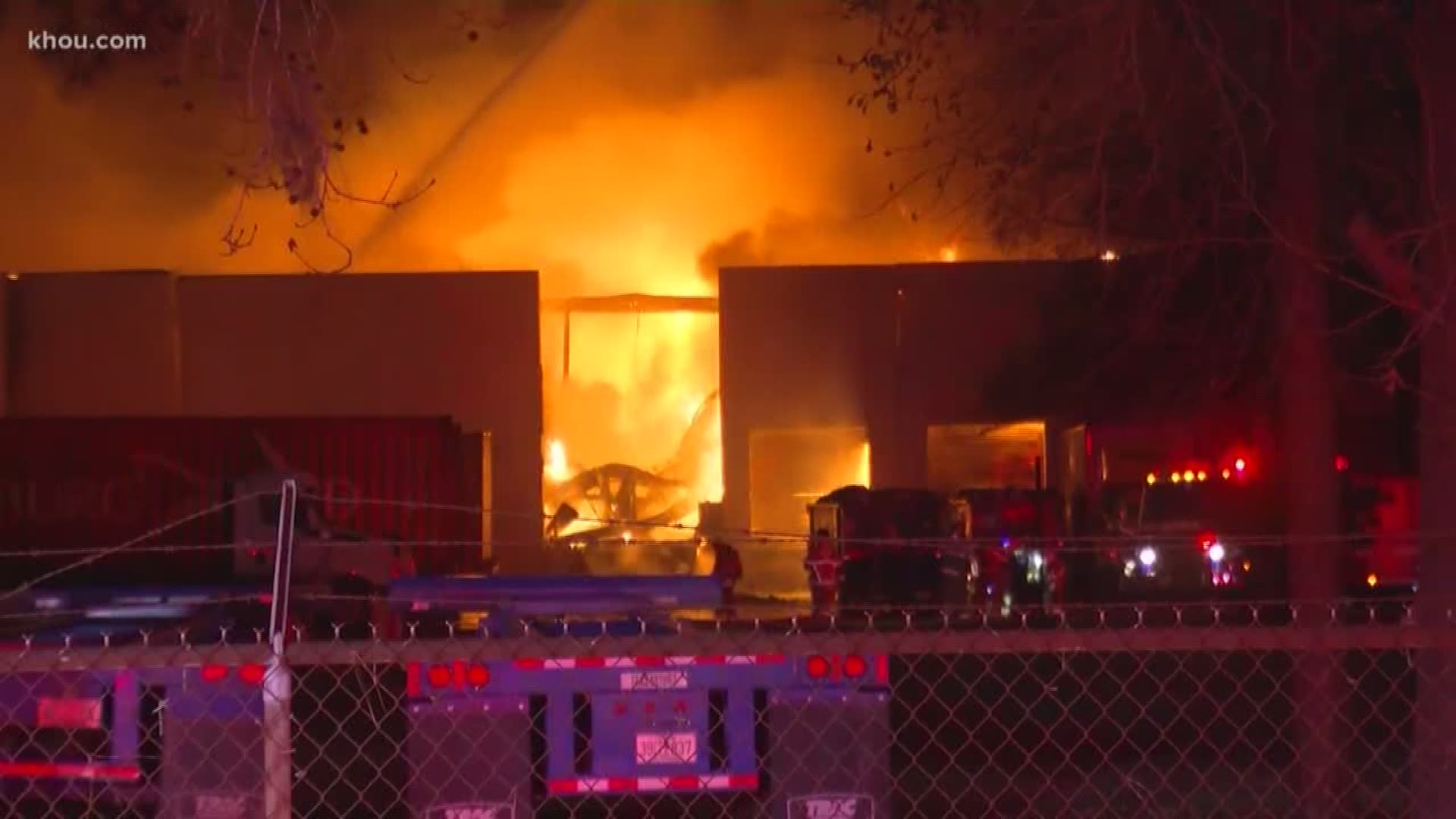 HOUSTON — In the wake of last week’s explosion at an industrial site in northwest Houston, firefighters were extra cautious going into a large fire at a clothing recycling overnight.

HFD Deputy Chief Blake White said crews responded to the 7400 block of Mesa at about 9:30 p.m. Monday where the fire broke out.

It was first reported as a hazmat scene due to the large amount of burning materials inside the L-shaped building.

Firefighters were able to save a large portion of the building, identified as National Rag Clothing.

White said they were extra cautious with the fire because of last week's explosion in northwest Houston. There were concerns Monday night's fire could involve hazardous materials, but crews later determined there was no hazmat situation.

Firefighters stayed at the scene overnight to put out any hot spots that popped up.

The cause of the fire is under investigation.