According to the TxDOT's final Environmental Impact Study, it includes 160 single-family homes and 433 apartments like Lofts at the Ballpark. 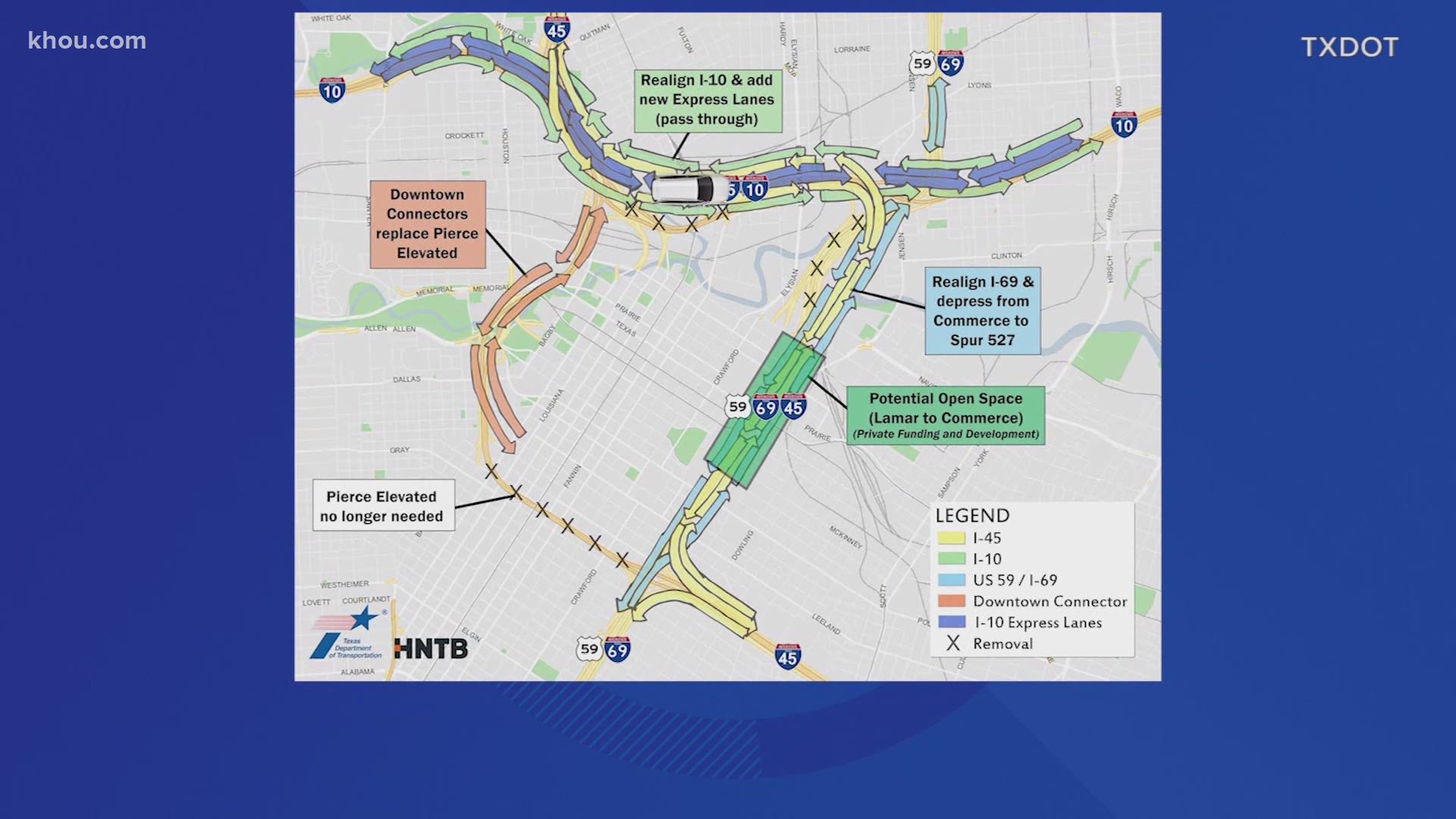 HOUSTON — One of the nation’s worse traffic hotspots will soon get a drastic makeover.

The North Houston Highway Improvement Project will reshape Interstate 45 traffic around downtown Houston as we know it.

The Texas Department of Transportation has completed the final Environmental Impact Statement for the project which would expand I-45 and also affect portions of Interstate 69 and Interstate 10.

The new route follows I-45 south until I-10 and then follows I-10 east to U.S. 59 South, pass the George R. Browne Convention Center, until it meets the current highway.

The new route does not use the Pierce Elevated.

To make these improvements TxDOT will need to acquire property along the way.

The project would displace people and businesses.

It includes 160 single-family homes and 433 apartments like Lofts at the Ballpark.

Another 486 public and low-income apartments will be acquired including Clayton Homes which would displace 672 residents.

The study states 344 businesses and five places of worship are also in the path of the project.

TxDOT is offering an acquisition and relocation assistance program to those who qualify.

The department hopes to start construction next year.