Conroe, Cy-Fair, Katy and Klein ISDs are among the districts beginning their football seasons this week. 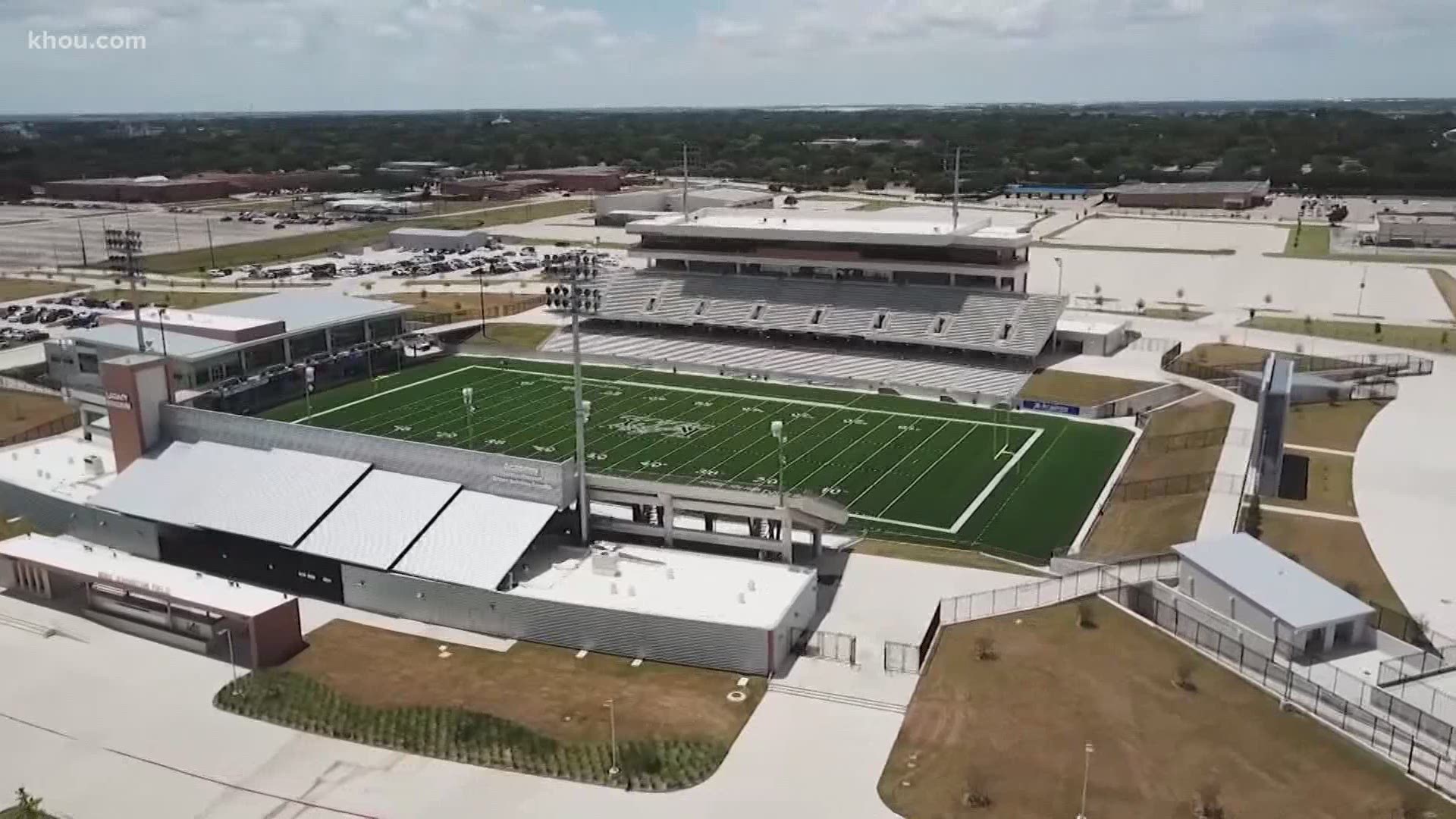 HOUSTON — Katy ISD’s Legacy Stadium is one of the state’s largest, but it can be no more than half-full during football games this season.

Gonzalez and his team were supposed to kick off the season last month.

However, it was "punted" thanks to COVID-19.

"It’s going to be like a little bit quieter," said Gonzalez.  "But there will still be fans in the stadium, just, it’ll be different.”

Katy, Klein, Conroe and Cy-Fair ISDs are all back in action this week following the lead of a number of smaller districts.

All of them are abiding by these same rules set forth by the University Interscholastic League, or UIL:

"We’re taking a lot of different protocols in order to make it as safe as possible for all of our participants and their families,” said Klein ISD athletic director Darby Young.

Klein ISD is also selling only pre-packaged concessions and plans to educate rather than penalize anyone without a mask.

Young said all of it is key in keeping games going.

"The kids are the ones who’ve really wanted to do what’s right in order to participate," said Young. "And families are helping them do that.”

A delayed season means it will end later than normal.

"My prediction is that we will beat them tonight,” said Gonzalez ahead of his team's first game.