In the lawsuit, Veronica Brown claims she suffered injuries to her head, neck shoulders and legs after slipping and falling down steps in February. 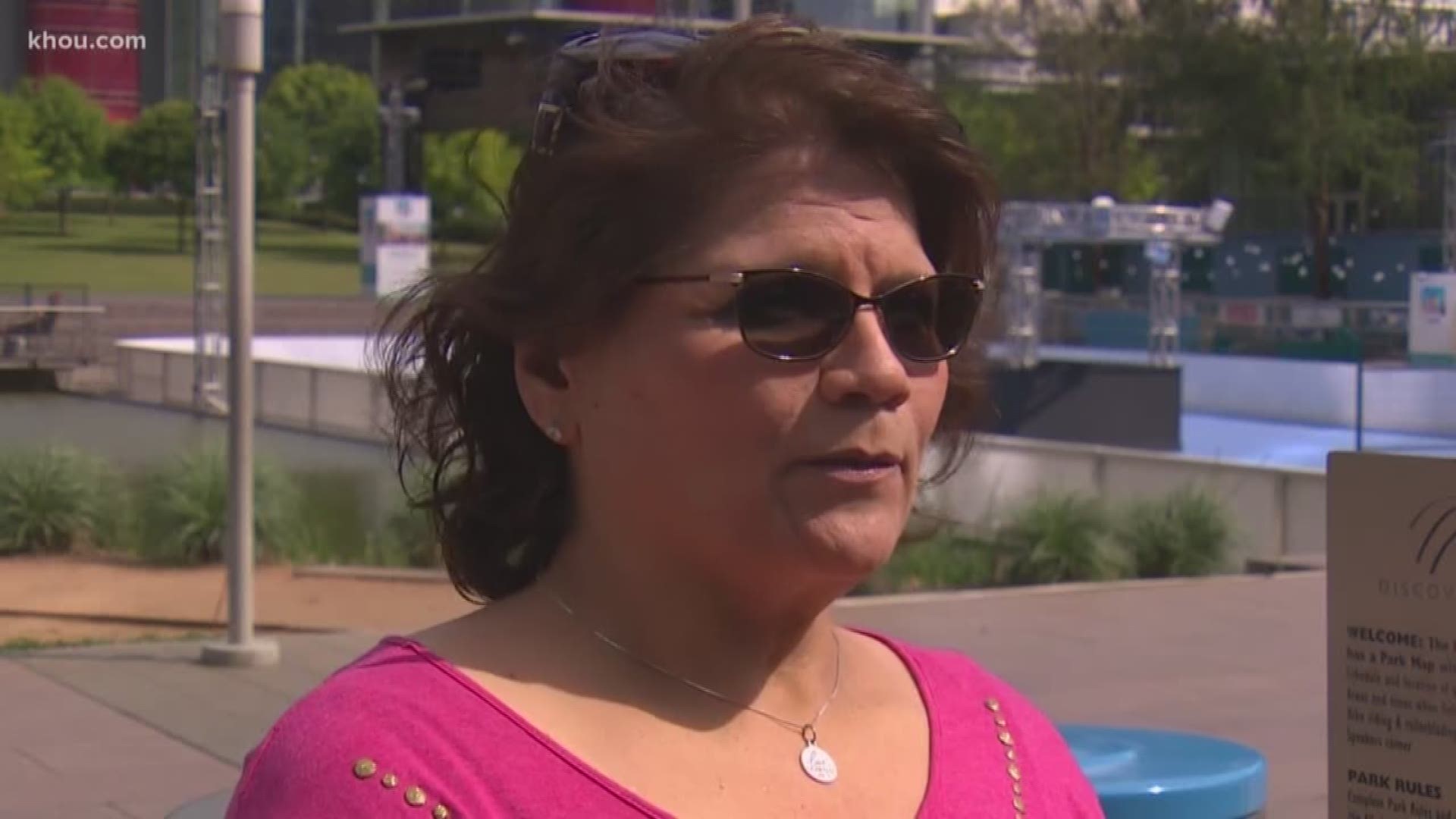 HOUSTON — A Houston woman is suing Discovery Green for $10 million in damages, claiming they’re responsible for her fall.

Veronica Brown said the park was negligent for not having rails to support those who sit near The Rink.

The popular destination spot is known for offering guests a place to sit and relax. On this day, Brown said she was with her granddaughter and needed a break.

She took one step down and realized it was deeper than she expected. When she tried to get back up, she lost her balance and fell backwards to the bottom row.

In the lawsuit, Brown claims she suffered injuries to her head, neck shoulders and legs after slipping and falling down the steps in February.

Brown said someone working with Discovery Green was there to help shortly after and said this person wrote a report about what happened. It's a report Brown's attorney George Edwards III said they’ve never seen.

“They don’t want us to have the report, and the only way I can get it is to go to court and ask for it,” Edwards said.

Edwards said the fact there were no handrails shows the level of negligence when talking about steps that are much higher than what’s considered standard.

Texas Accessibility Standards say a step is no more than 7 inches tall, and according to our results, each step near The Rink was at least 13 inches or taller.

According to KHOU 11 legal expert Gerald Treece, for there to be negligence, Brown and her attorney have to prove Discovery Green knew there was a risk and did nothing.

“The case is not about money. It’s about conduct. It’s about getting the word out that these steps are dangerous,” Edwards said.

We reached out to Discovery Green for comment, and they declined to speak at this time. Instead they’re leaving the debate on whether these are considered seats or steps up to the court.