Houston woman adopts baby she took in after Harvey

"I would have never guessed that just by me dropping off donations as a result of Harvey that I would have ended up with an entire baby," Dr. Baker said. 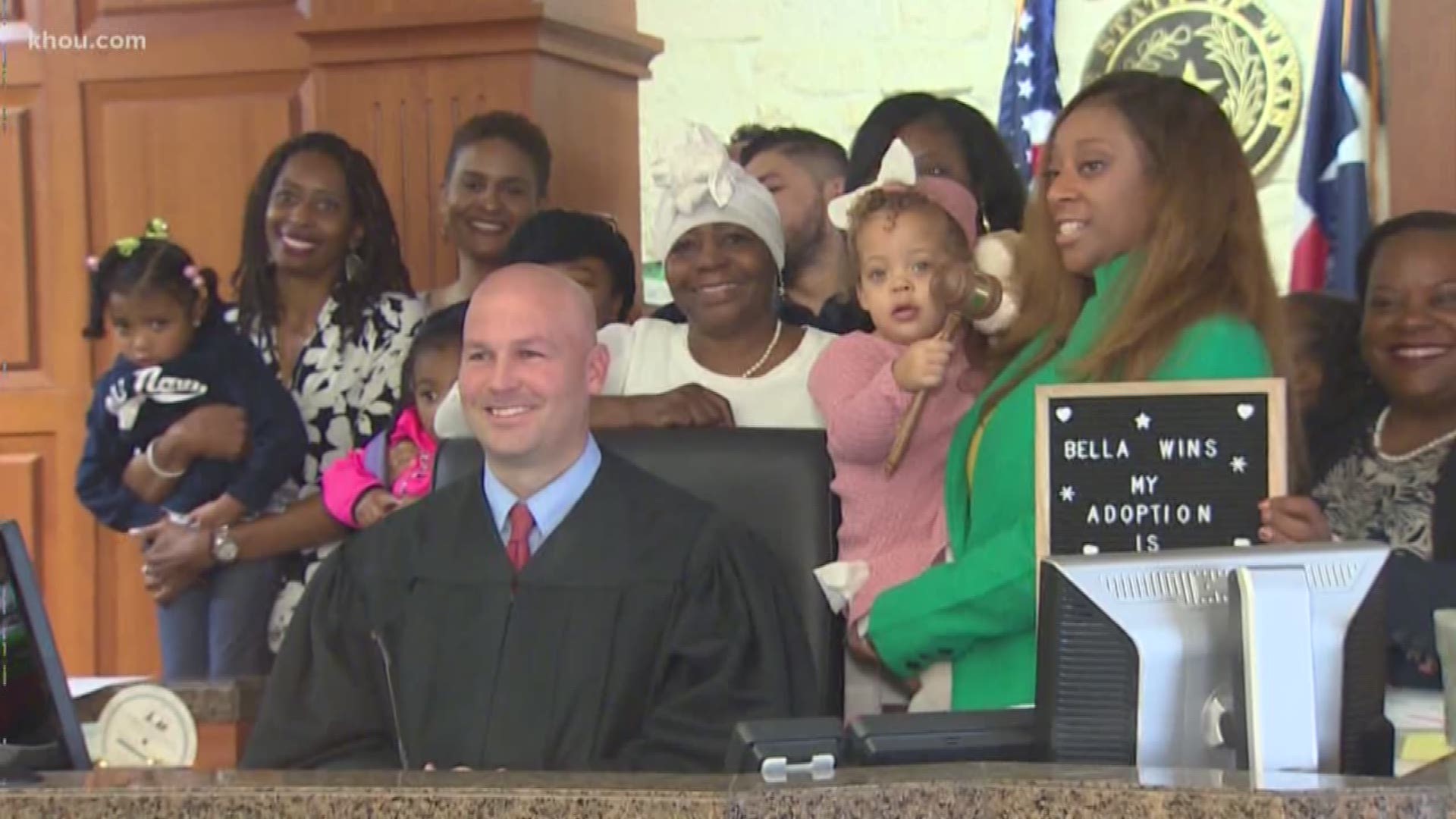 Houston — HOUSTON - Hurricane Harvey brought a Houston woman and a baby girl together, and on Tuesday, they officially became a family.

Running down the hall of the 15th floor of the courthouse downtown, 23-month-old Bella is full of joy and excitement.

She’s running toward Dr. Bernada Baker, the woman she’s known since the storm.

“I would have never guessed that just by me dropping off donations as a result of Harvey that I would have ended up with an entire baby," Dr. Baker said.

The pair headed into the courtroom that will change both lives forever.

“I can’t believe it’s finally happened,” Dr. Baker said. “We’ve been waiting for this for the entire 2018.”

Dr. Baker opened up her home to Bella right after Harvey. Bella had been living in a car with her dad.

Her mother was never in the picture, and her father couldn’t provide a stable home, so he agreed to give her up for adoption.

In May, rapper Paul Wall surprised Dr. Baker with a check to help her with adoption fees.

A judge made the undeniable bond Dr. Baker and Bella share unbreakable by approving the adoption before family and friends.

Dr. Baker now looks forward to spending her first Christmas with Bella as mother and daughter.

"This is my first official Christmas as a mom on paper, so this is a Christmas miracle," Dr. Baker said. "One that I could have never planned or prepared for, and one that I definitely never expected."

After their first official portrait, Bella led her new family out of the courtroom, stealing not just Dr. Baker’s heart along the way.