"Once these videos are released, they go on these websites for generations of families to see." 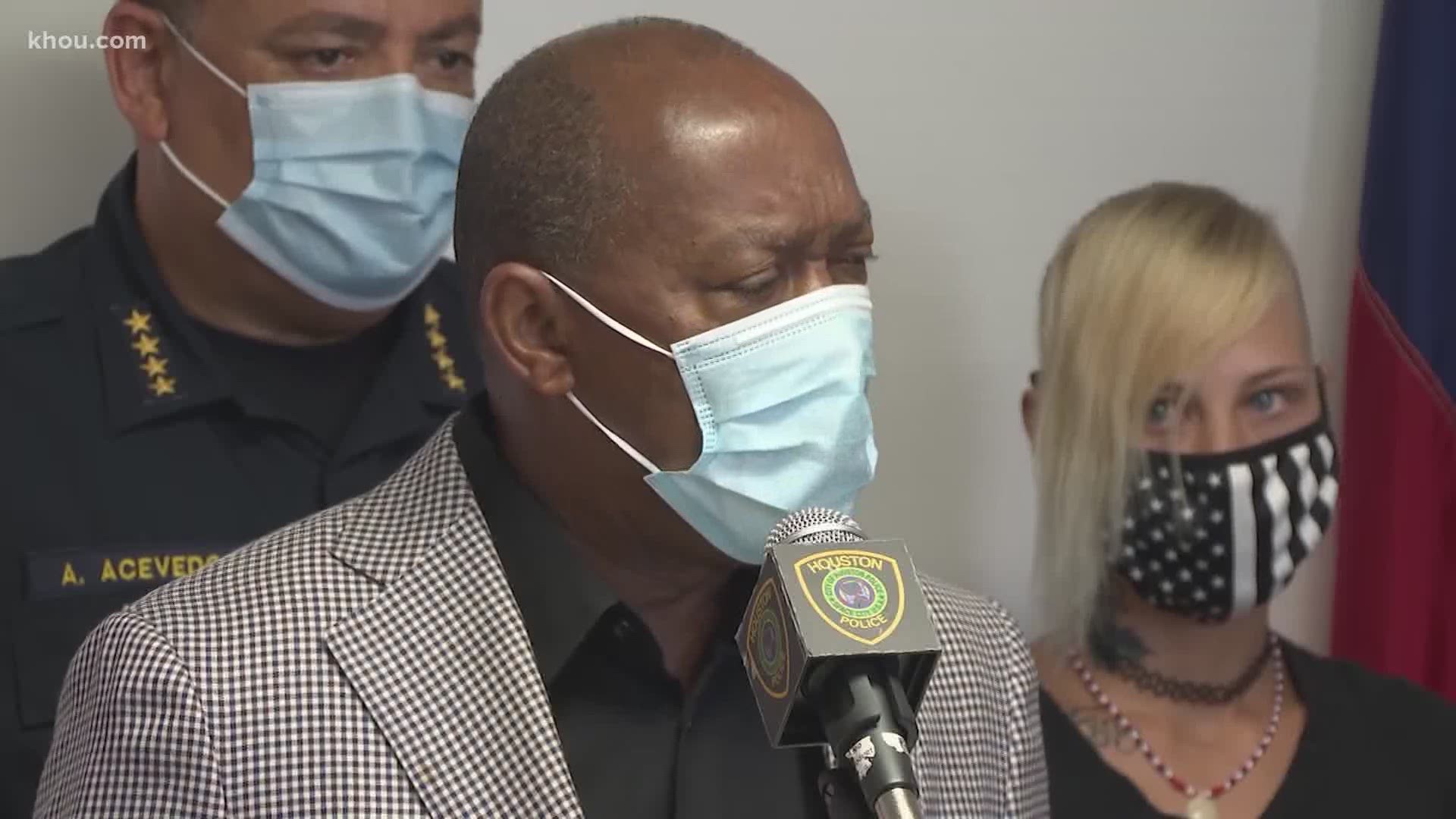 Acevedo and Turner invited the families of those involved in the recent shootings to express their concerns to the public during a press conference Saturday morning.

He added the footage has been shared with the outside agencies investigating the deaths and others involved, but it has been withheld from the public at the request of the suspects’ and victims’ families.

“It’s important to put a face and a perspective that we as human beings need to broaden our field of vision and our understand the impacts, and understand that once these videos are released, they go on these websites for generations of families to see- these snuff websites and all these things that go on.”

Acevedo stood by his stance that withholding the footage is necessary to protect families from further pain.

Watch news conference with families in the video player below:

At Saturday's news conference, several family members of victims of officer-involved shootings expressed why they want the footage not to be made public.

The family of Rosalie Cook, who was murdered in a parking lot by a man shot down by police officers, spoke about how the footage impacted them. Chuck Cook said his mother was laid to rest Wednesday, and the family wants to maintain positive memories of the 80-year-old woman.

In another case, Acevedo said a victim's two daughters saw news coverage of the video and were profoundly impacted. His widower came up to the podium to speak but was held back by tears.

"I don't want the video released" is all she said.

“I only have two priorities right now. Two priorities: protect my family and protect my brother’s name, and that’s what I want to do right now by not letting the video be released," said Audrick Medearis, whose brother Adrian was shot and killed by Houston Police on May 8, 2020.

Police say Medearis was drunk, and driving nearly 100 miles an hour on the North Freeway. Police said Medearis resisted arrest, turning violent, and after the officer discharged his Taser, Medearis was able to get it away from the officer. That is when the officer shot Medearis.

His death was one of six officer-involved shootings since April 21, 2020.

The Houston Police Department has received harsh criticism for its decision as nationwide demand continues for the end of police brutality after the death of George Floyd at the hands of a Minneapolis police officer.

The case has amplified cries for more transparency, protocol changes and other reforms within law enforcement agencies.

Turner said he has looked at six of the shooting videos and has set down with the families. He said it is important that agencies learn when it is appropriate to release or withhold footage from the public.

Turner discussed a police reform task force that he said would be created this month. He said the task force would be made up of citizens, not just elected officials. The task force will review officer-involved shootings and have 90 days from each incident to provide recommendations about whether to release the video and what other reforms they recommend police make.

“All of these matters will be fully investigated,” Turner said. “It doesn’t preclude any of that, but we are trying to strike a very delicate balance, and the wishes of the family members—the ones who have lost loved ones—weighs heavily on what we decide to.”