There is body cam and dashcam footage, but preliminary information shows that the body cam was knocked off during the fight. 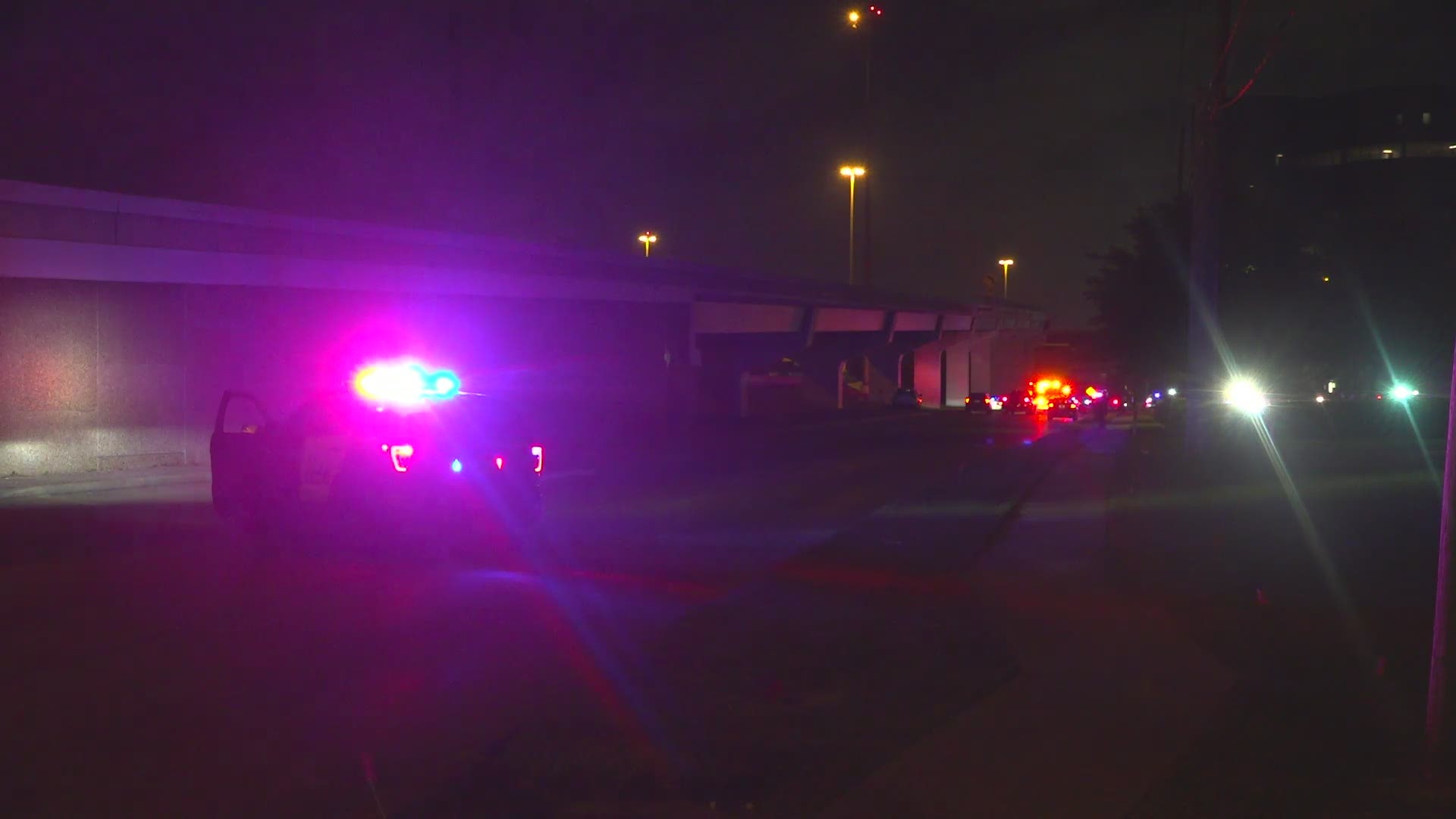 HOUSTON — A DWI suspect died after being shot following a struggle with a Houston police officer in the Greenspoint area overnight, police said.

This started just after 1 a.m. Friday in a parking lot along the North Freeway feeder road near Beltway 8.

Houston police said a DWI enforcement unit clocked a vehicle going in excess of 90 mph. The officer conducted a field sobriety test on the 48-year-old suspect.

As the officer began to place the suspect under arrest a violent struggle ensued, police said. There is body cam and dashcam footage, but preliminary information shows that the body cam was knocked off during the fight.

Police said the struggle lasted a few minutes, and then officer discharged his Taser. However, the suspect obtained the Taser at some point during the struggle.

The officer continued to give verbal commands and then fired three to four rounds and struck the suspect at least twice, police said. There were no other officers or suspects on scene at the time.

The suspect was struck at least two times and was pronounced dead at Houston NW Medical Center just after 2 a.m., police said.

The officer will be placed on administrative leave during the ongoing investigation.