Employees at the city’s three airports will be trained on how to spot and report possible traffickers and their victims to the right authorities. 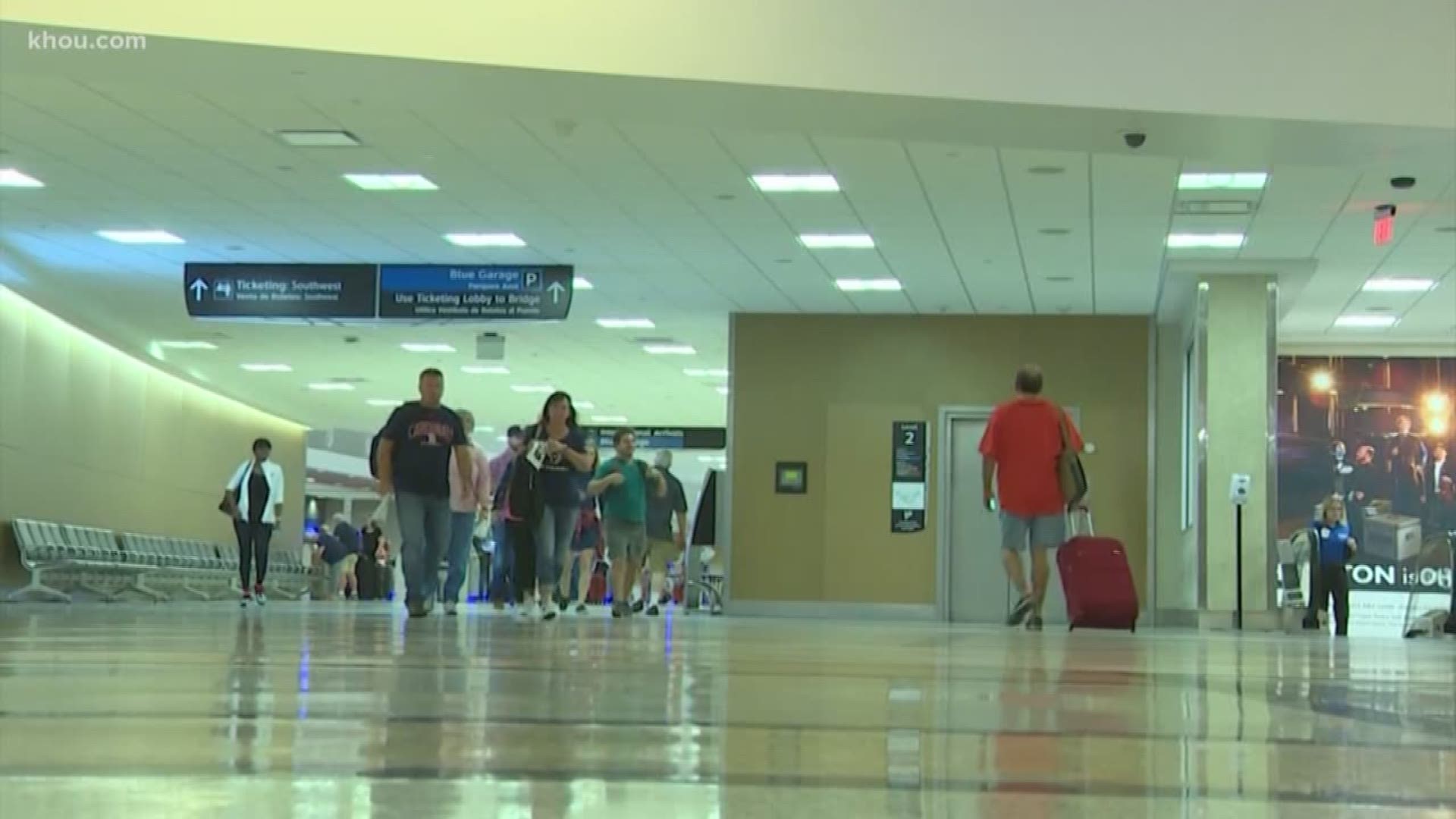 HOUSTON — Houston’s airport system is the first in the country to officially join a federal campaign against human trafficking.

Employees at the city’s three airports will be trained on how to spot and report possible traffickers and their victims to the right authorities.

“This was actually recently demonstrated here at the Houston airport where TSA encountered a young child, a 17-year-old, that was on his way to New York City unaccompanied,” said Judd Murdock, of CBP’s Houston office. “We were able to determine that that child was being moved to New York City to participate in nefarious activity, and that young man is now in a safe location.”

Murdock said Homeland Security Investigations did over 800 investigations nationwide in 2018, leading to more than 1,000 arrests.

“The average age of a trafficking victim is 12,” said Mayor Turner. “To hear that as a parent, as a Houstonian, as a citizen of the United States and the world, that just breaks all of our hearts, and it motivates us to fight on.”

In Houston, city employees’ training will take an hour on the warning signs of trafficking and how to report it. That includes a 17-minute-long video.

“This is a ‘See Something Say Something’ campaign on steroids,” said Murdock.

City leaders hope this new partnership inspires other U.S. airports to join in.

Houston has also trained other city employees, including around 1,200 in public health, to spot sex and labor trafficking.