Details of the survey released Monday also break down just how many suffered damage during Hurricane Harvey. 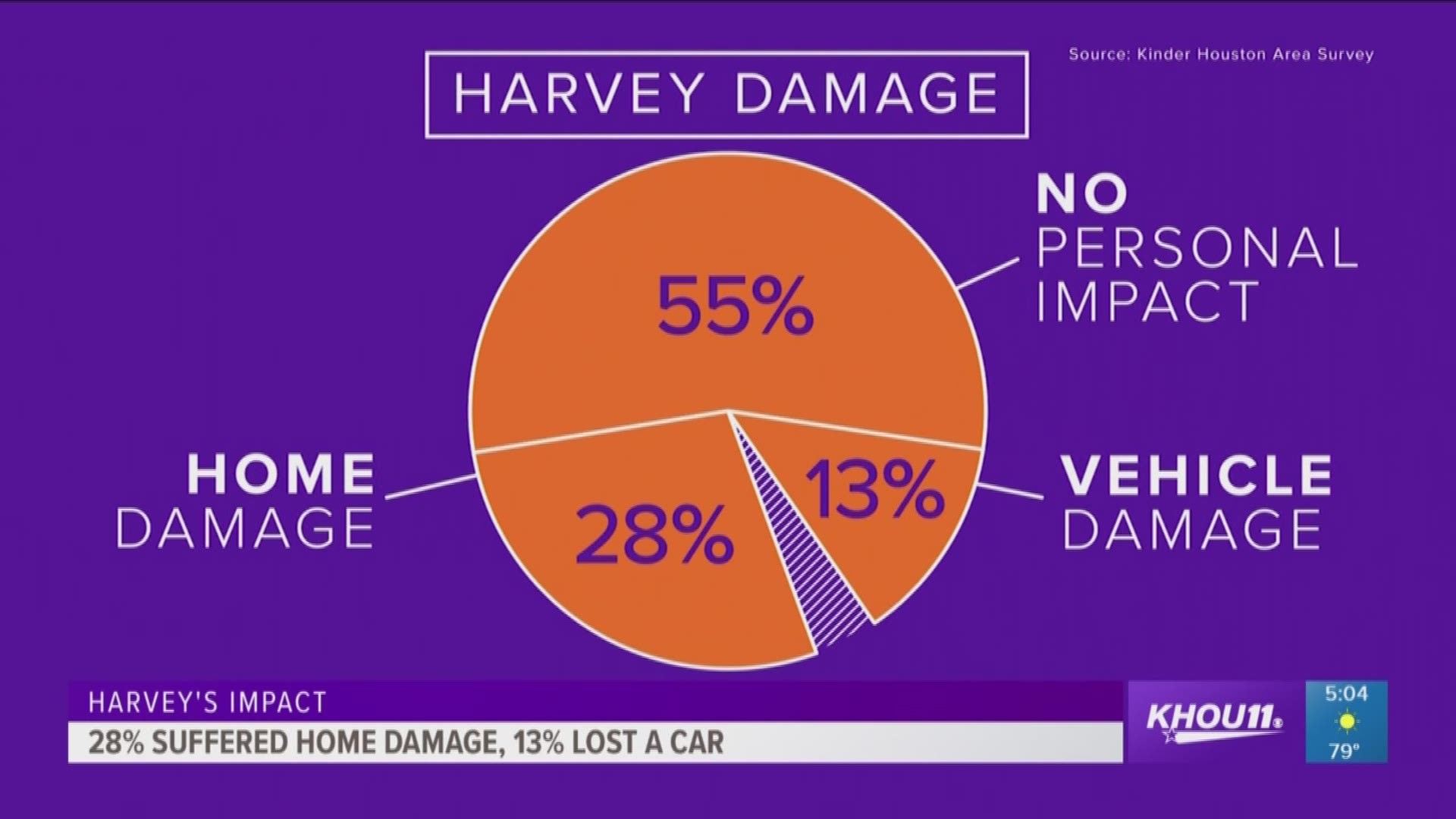 A majority of Houstonians believe there’s more government can do to fix flooding issues.

“Everything down to the studs, basically speaking, we had to take it out,” said Houston-area resident Joseph Mitchell.

Mitchell and many of his neighbors are still rebuilding nearly eight months after Harvey.

“It’s been a pain,” Mitchell said. “But what choice do you have?”

The flood also impacted the annual Houston Area Survey by Rice’s Kinder Institute for Urban Research. It found that 55 percent of those surveyed had no impact from the flood. But 28 percent suffered home damage.

Another 13 percent lost a vehicle.

“Harvey was a spectacular storm,” said professor Stephen Klineberg of the Kinder Institute. “Really the worst rainfall event ever in the history of America.”

Klineberg revealed the results of the annual survey during a luncheon. He said damage data is interesting, but so is the fact people hold local governments accountable. 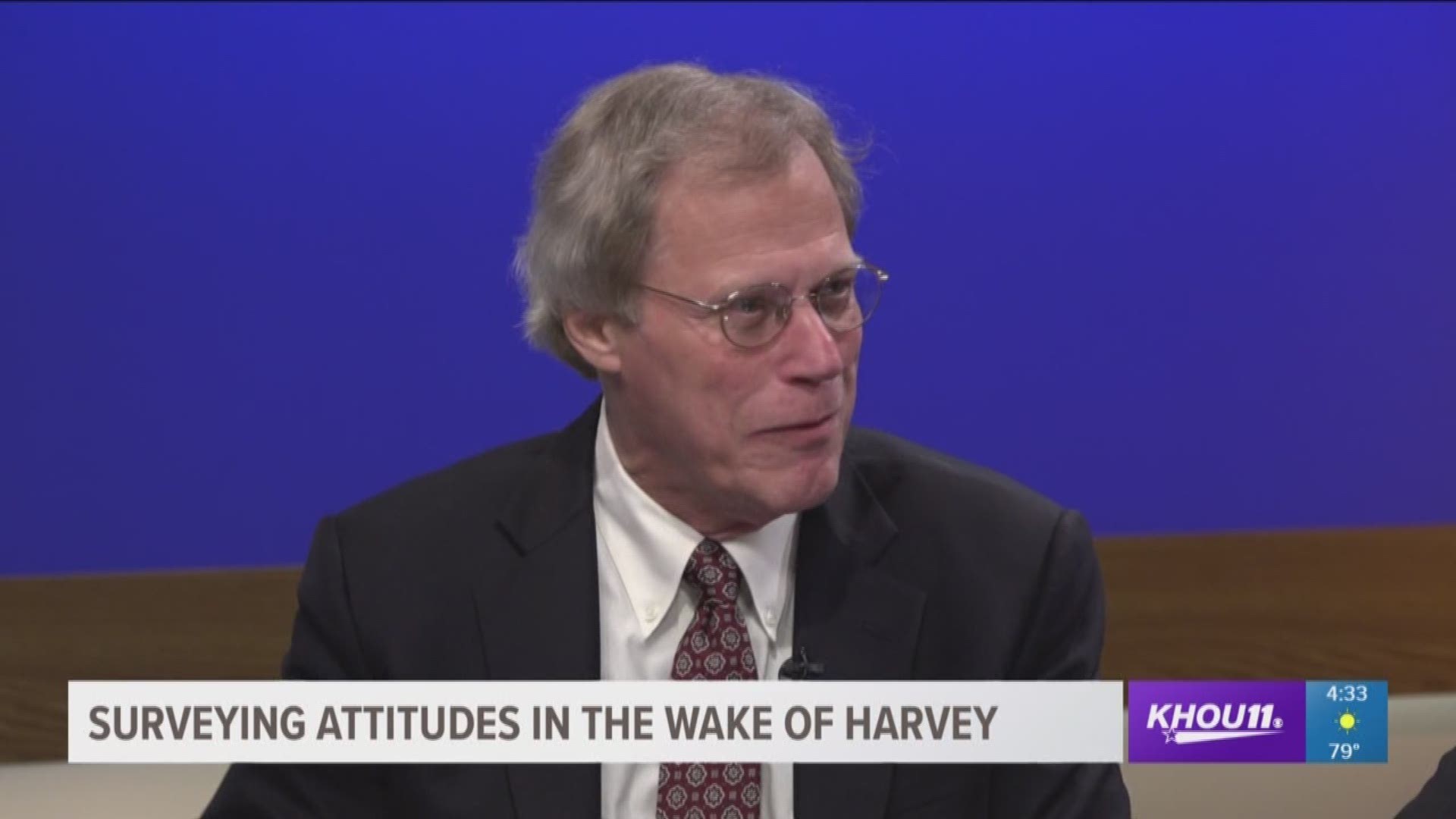 It’s something Mitchell has considered while rebuilding from our most recent flood.

The Kinder survey hits on many other topics from education to immigration to growth.