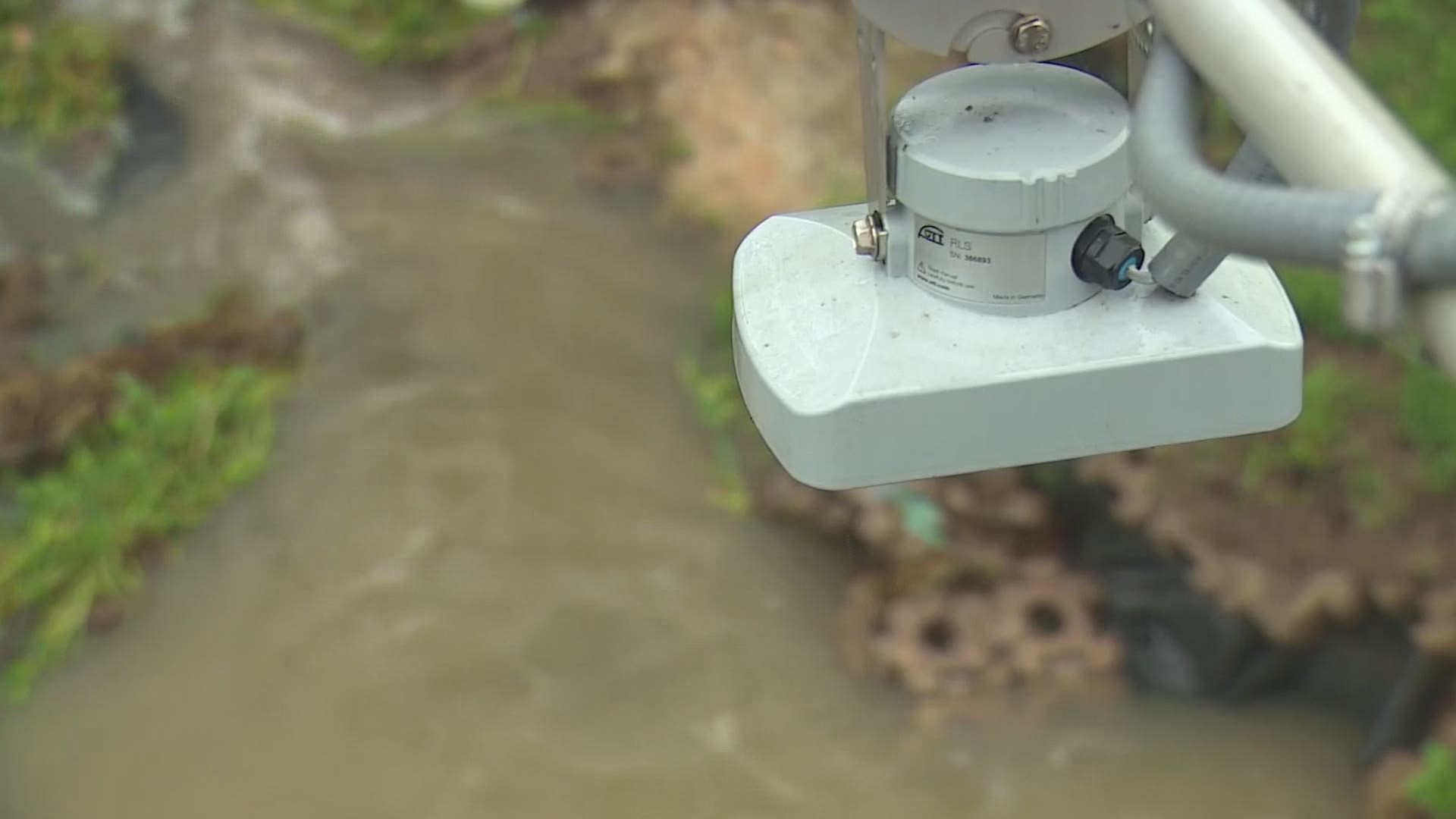 HOUSTON, Texas — Whenever it rains heavily in the Houston area so comes the threat of flooding.

"Any day that we have to deploy these is a bad day,” said Harris County Sheriff's Sgt. John Gonzalez.

The HCSO formed a Flood Rescue Group to specifically respond to high-water rescues using trucks obtained from the military and re-painted and re-used by local law enforcement agencies.

"In the military, I have put these vehicles in water up to the windows," said HCSO Sgt. Brian Goldstein. "It’s not recommended because you could flood the engine out and obviously we’re not going to do that in order to save the vehicle so we can keep them in service longer.”

A new group of deputies were certified to operate the vehicles just last week.

"It’s an all-around good tool to go, you know, in the high water areas and still be able to navigate safely,” said Gonzalez.

“I hope we don’t need them this week.” @HCSOTexas just trained more deputies on how to operate high-water rescue vehicles while @hcfcd works to better gauge rapidly rising water. I’ll have the story alongside some of @Pct1Constable’s rescue gear on @KHOU at 5:00 #khou11 pic.twitter.com/DJaIu2Y1JN

Tracking how rapidly water rises is another priority for the county which recently installed a number of new gauges along creeks and bayous.

The data is then transferred to an online flood warning system that illustrates how high a creek or bayou has gotten and the flooding footprint.

"But it is that real-time gauging of what is happening right now at these locations that is so beneficial and so important to these types of situations,” said Lindner.

Potential street flooding notices popping up via @hcfcd. Real-time data is collected using about 300 flood gauges in Harris and surrounding counties. Part of my story on @KHOU at 5:00 #khou11 https://t.co/ZdwHuTtNIl pic.twitter.com/Tovoh8oDbv

They're situations which the Houston area has dealt with many times in recent years and after which readiness and response only improve.

It also added a wheelchair lift to its high-water rescue vehicle because so many disabled and elderly people had to be picked up during Harvey.