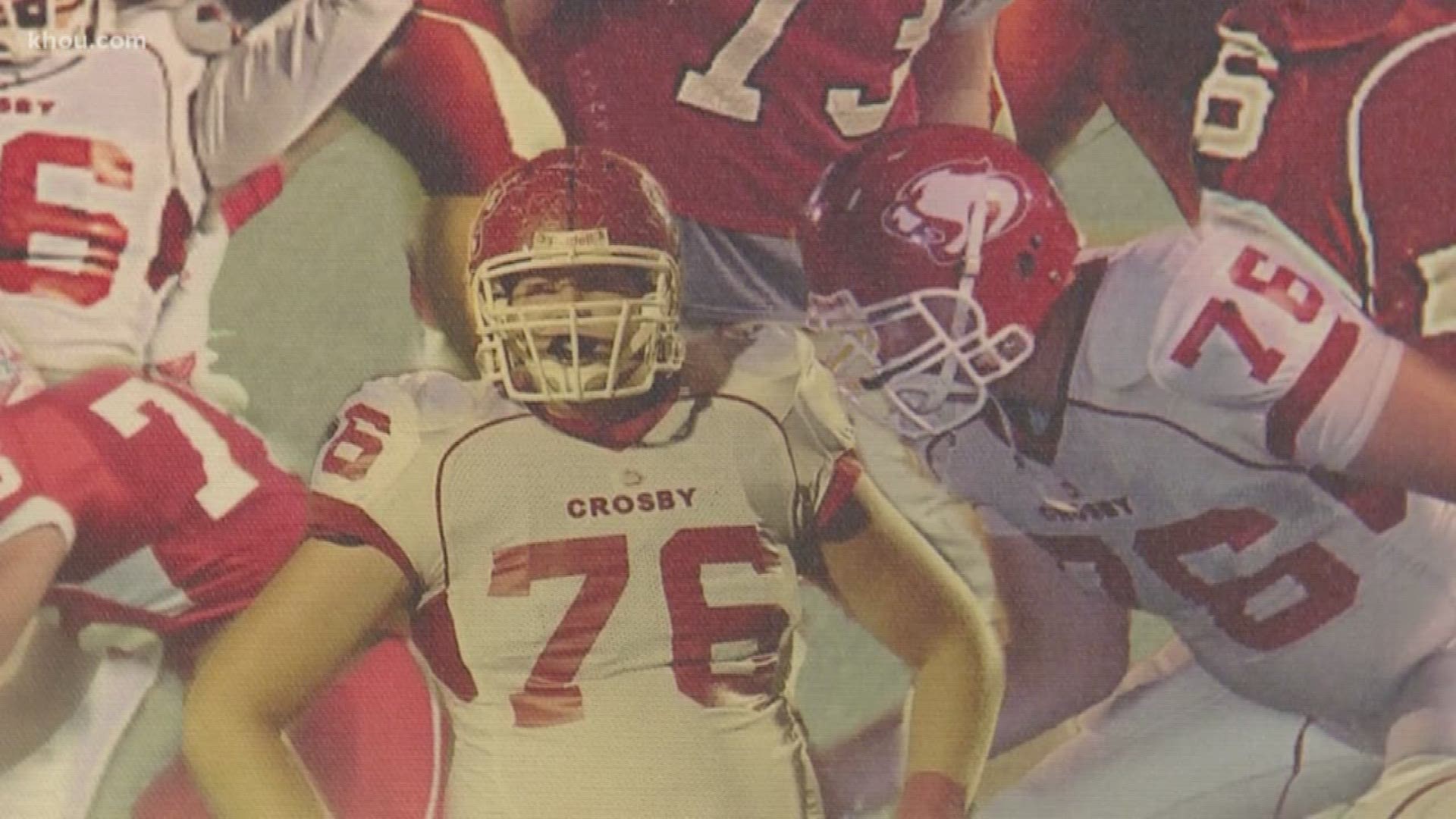 HOUSTON, Texas — A Crosby father is breathing a huge sigh of relief. The state legislature has answered his prayers, and his son’s death now has purpose.

No. 76 tackled his way through high school, and next was college, where Cody even won himself a football scholarship to Tarleton State University.

May 6, 2012 is a day Scott Stephens will never forget -- the day his 18-year-old son laid down to take a nap and never woke up. It was sudden cardiac arrest, possibly triggered by over-exertion.

“We found out a lot that day. Sudden cardiac arrest is the number one killer of our student athletes," Stephens said.

Today, his truck, office, even his collared T-shirt are decorated in the memory of his son. Stephens is making sure Cody’s death has meaning.

“Now parents will have a choice. Parents will be informed. That’s my son’s legacy," Stephens said.

And now, for Stephens, a touchdown of his own – this one, at the State Capitol.

The governor has signed into effect "Cody’s Law." It will give parents the option of having their student athletes undergo an ECG as part of their yearly physical, a heart test that detects underlying issues.

The test that just might have saved Cody’s life.

“I told people he would’ve made a difference if he would’ve lived in this world. And he didn’t get that chance so this is his way of doing it. That to me is exciting," Stephens said.

Cody’s Law officially goes into effect Sept. 1, 2019. Parents will start to see the ECG option on their student’s physicals next Spring.