The couple and two children, ages 10 and 13, were found inside their burning home Sunday. A family friend describes the victims as "good people." 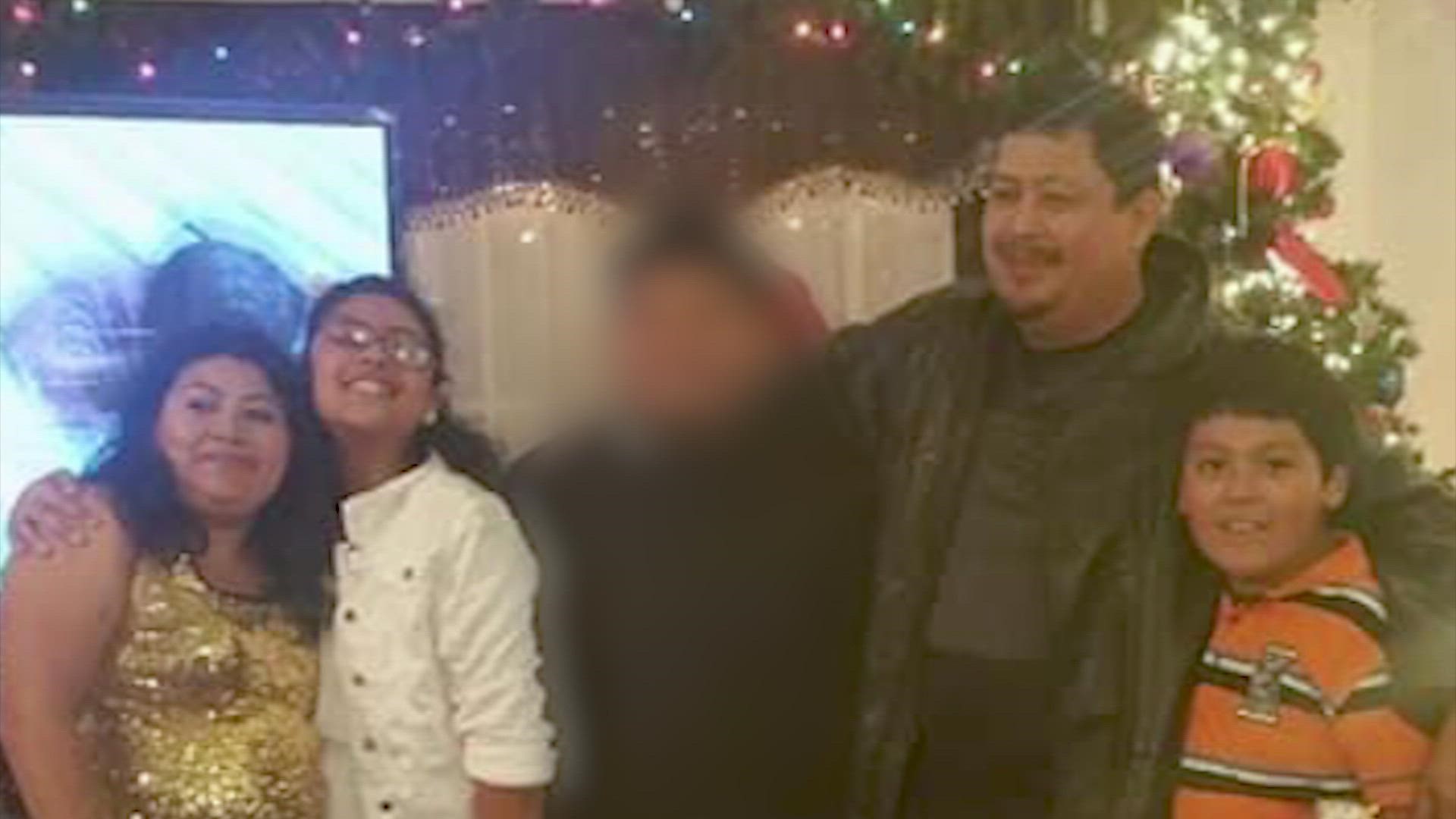 HOUSTON — Houston police are searching for the suspect who killed a family of four over the weekend before setting their home on fire.

They describe the father as a hardworking man who cared for his family and sold goods at a local flea market.

Family members suspected something was wrong when Jairo didn't show up to work this weekend.

Magali Perez and her father, who say they were close family friends, were at the home on Monday.

“We see this and it’s like heartbreaking because we’ve known them for a really long time,” she said.

Family has gathered at the home this afternoon to mourn. They released this photo to us and have identified the victims as (from left to right):

Perez says her dad has known the family for about 14 years and they have no idea why someone would do this.

We spoke with the owner of the home, who didn’t want to be on camera, but he old us the family had rented the home since 2016.

The victims were found just after 8 a.m. Sunday when firefighters responded to a house fire. Police said all four had been shot.

Police believe after killing the family members, the suspect set the house on fire to destroy evidence.  With no sign of forced entry, detectives don’t think this was a random act, but rather related to domestic violence.

On Sunday, HPD Chief Troy Finner spoke about the crime and urged the suspect to go to police.

"I’m angry when anybody loses their life in our city to violence, but especially angry when it’s small kids. They hadn’t even lived their lives and it’s not fair," Finner said. "It’s just really sad. It’s Sunday morning on a holiday weekend. I want people to pray for the family."