HPD Chief Troy Finner said he believes it's a case of domestic violence and police are looking for a suspect. 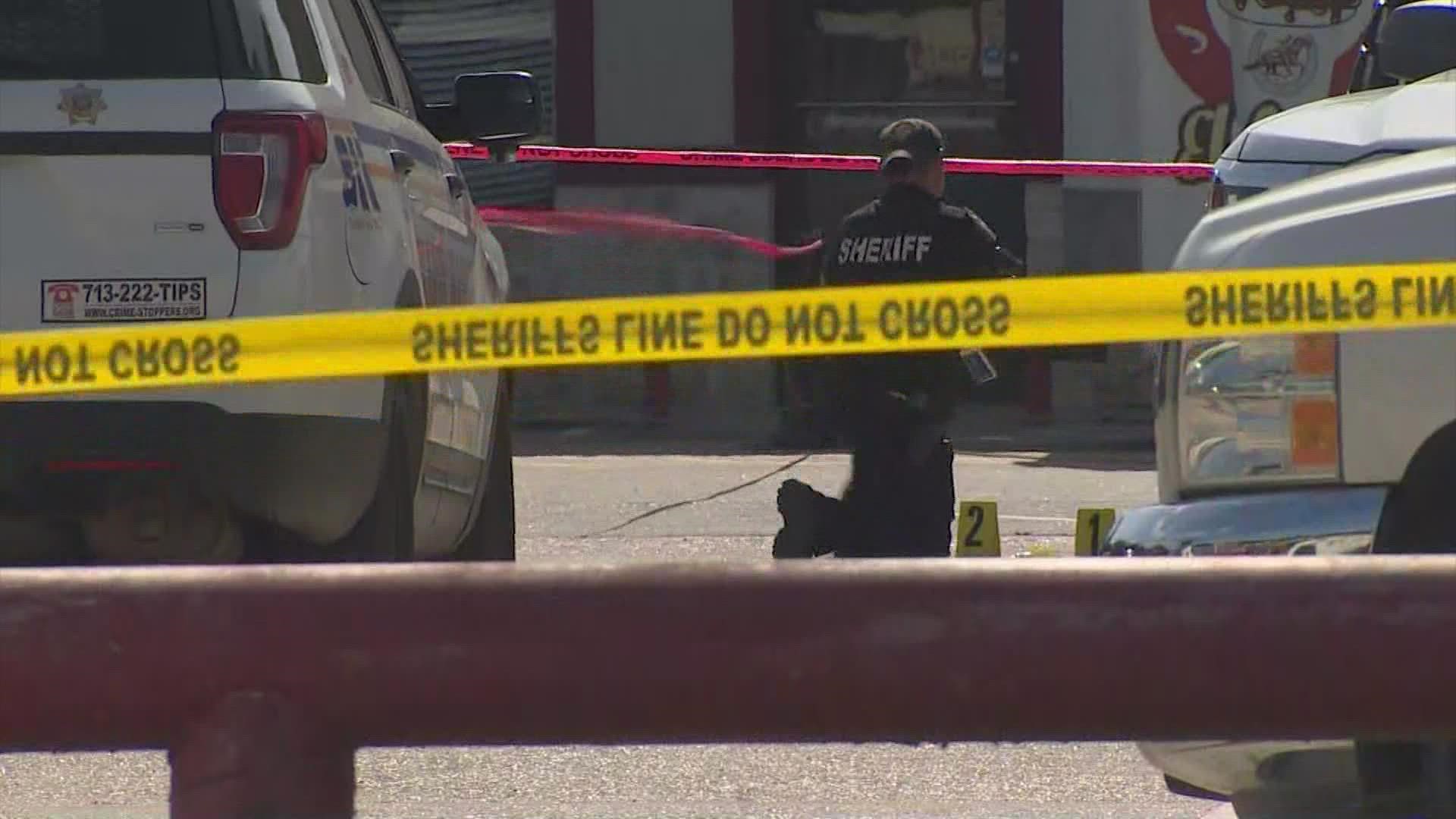 HOUSTON — Two adults and two children were found shot to death Sunday at the scene of a house fire in southwest Houston.

HPD Chief Troy Finner said he doesn't believe it was a random act because there was no forced entry into the home. He said he thinks it's a domestic violence incident.

"That’s normal ... what some suspects do. They try to destroy evidence and whatnot by setting a fire but I don’t think that it worked to their benefit right now," Finner said.

Police said they're looking for a suspect or suspects, though no details were immediately given.

The Houston Fire Department got the call shortly after 8 a.m. in the 7500 block of Imogene, which is near Bissonnet and Fondren.

Finner said firefighters were able to put the fire out quickly, but when they started to search the home, they found two adults and two children dead with gunshot wounds.

"I’m angry when anybody loses their life in our city to violence but especially angry when it’s small kids. They hadn’t even lived their lives and it’s not fair," Finner said. "It’s just really sad. It’s Sunday morning on a holiday weekend. I want people to pray for the family."

Finner said there's not a lot of information to go on right now, but residents in the area have been extremely helpful and are providing police with surveillance video.

"Whoever is responsible for this, you rest assured we're going to find them," Finner said.

Pictures from the scene. @houstonpolice says they responded to a fire at the home around 8:10 this morning. When they went inside they found the four bodies. #khou11 @KHOU https://t.co/pK5KddxwSh pic.twitter.com/1mdT2UbhqN

Finner asked anyone who knows anything about the shootings to call the Houston Police Department of Crime Stoppers at 713-222-TIPS (8477).

Some neighbors said the victims, who they described as good neighbors, were all family members living inside the home.

Jesús Lara, who lives four houses down, said he didn't hear gunshots but he did see the smoke.

“I knocked on the door. I hit it and I couldn’t open it because smoke was coming out of it,” Lara said. “At that moment, the firefighters arrived, broke it (the door), and went inside.”

Lara said he's sad after hearing about the scene firefighters discovered inside.

“I used to see the woman (who lives inside the home) go by every day with her kids,” Lara said.

Lara said the family would walk the kids to their nearby schools.