Nonprofits have been struggling to stay afloat during the pandemic. But a local foundation is donating nearly $1 million to help some of them survive. 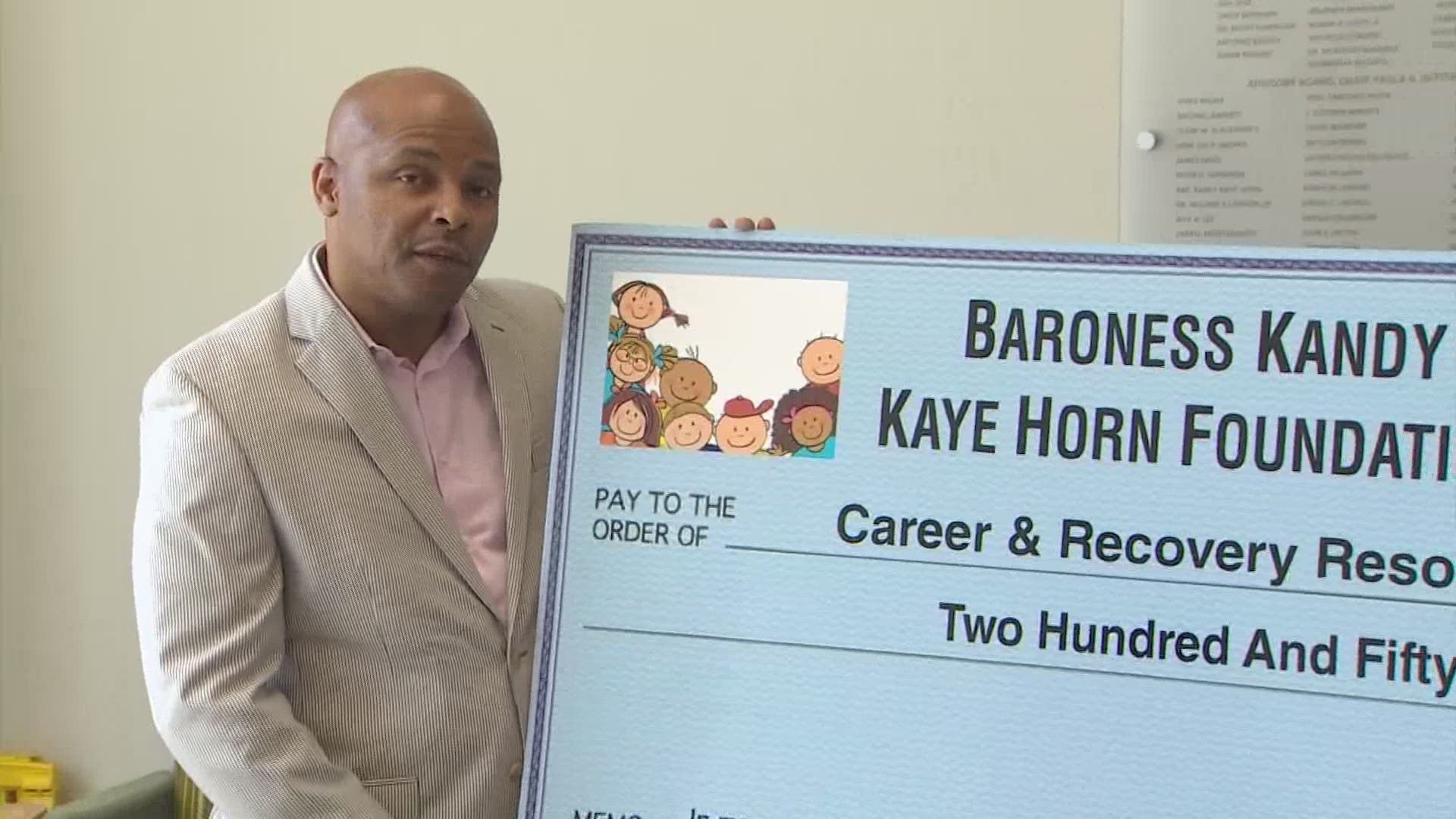 HOUSTON — The pandemic has been tough on everyone, especially nonprofits. But in the month of June, Baroness Kandy Kaye Horn Foundation is surprising nonprofits in Houston with nearly $1 million in donations.

Wednesday's recipient was Career and Recovery Resources Inc. They got a big $250,000 donation.

"It is very important that we don’t forget about these organizations especially after what happened in 2020 and going on forward," said Darrell Anderson with the Baroness Kandy Kaye Horn Foundation.

And struggle they did. Kelly Young, CEO of Career Recovery Resources Inc., says they had to cut staff and even services just to survive. But the services they provide help the most vulnerable population.

"We try to give everyone a fresh start or a second chance at employment, drug alcohol issues around homelessness anything that is going to get your life back on a self-determined path," Young said.

"I was homeless for 10 years," said Spivey, a client at Career Resources and Recovery Inc.

Non-profits have been struggling to stay afloat during the pandemic. But a local foundation is donating nearly a million dollars to help them survive. One Non-profit getting 250k is @CareerRecovery. They help people like Vernon get a second chance at life. Story on @KHOU at 4. pic.twitter.com/u5YqUvS8KC

Spivey was living on the streets after he says he lost his job more than 10 years ago.

"I didn’t think I was ever going to be normal again," Spivey said.

That is until Career and Recovery Resources Inc offered him a second chance at life.

And now, a year-and-a-half later, Spivey has a job, his GED and even has his own place to stay. He says he’s grateful organizations like this one never lost hope in him, even through the tough times in the pandemic.

Career and Recovery Resources Inc. says they will use the money donated today to update the technology lab and fund other programs.

As for the foundation, they will be surprising five other nonprofits with big checks throughout the month of June.