Road to recovery: Rep. Dan Crenshaw bounces back after most recent eye surgery

Crenshaw lost his right eye while serving the country, but what most people don't know is that he underwent major surgeries on his left eye as well. 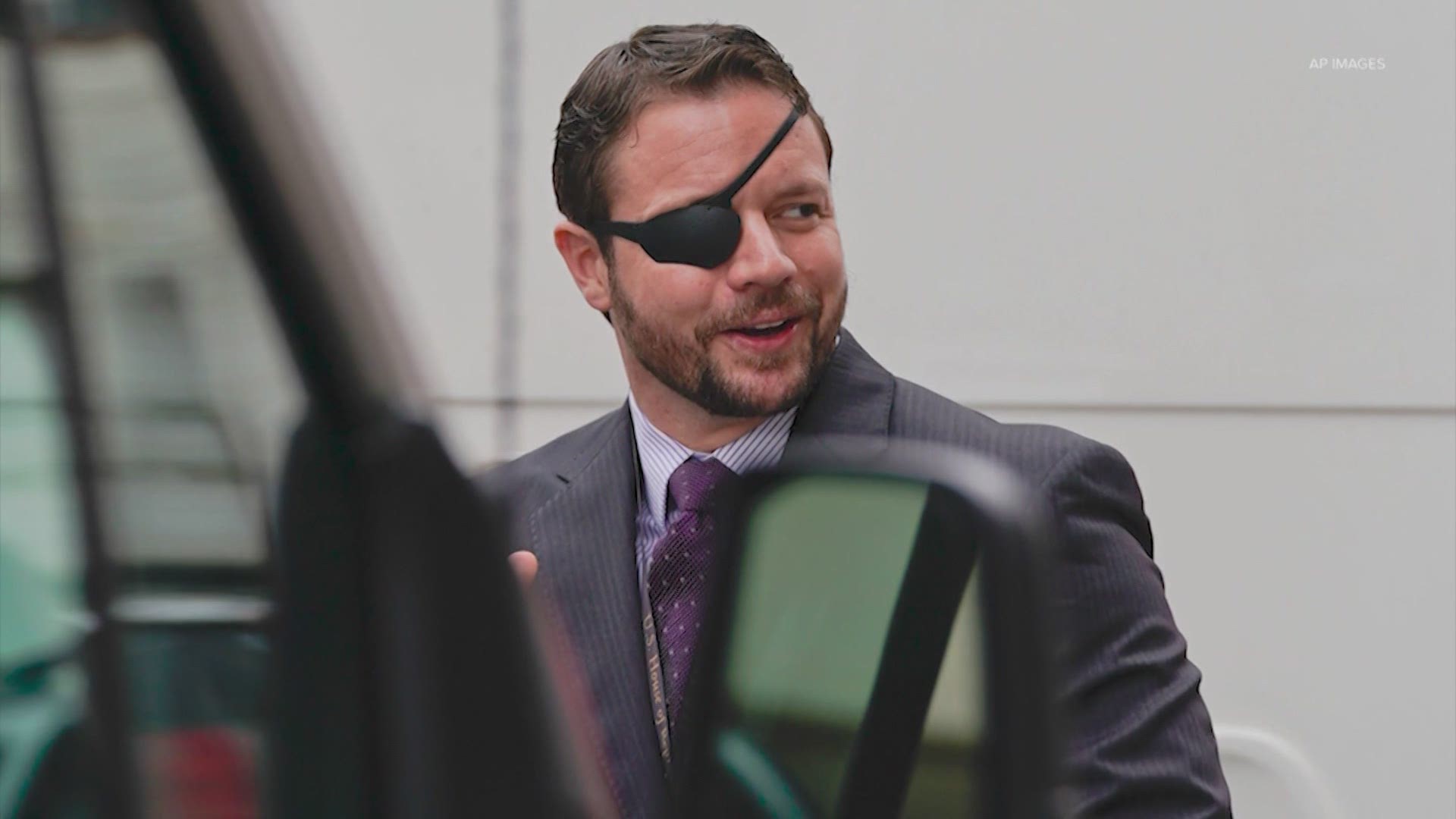 HARRIS COUNTY, Texas — Rep. Dan Crenshaw said he's on the road to recovery after undergoing eye surgery last month. He spoke to KHOU 11 in a one-on-one interview about his vision.

“People are, like, 'well, he definitely lost one eye but at least he has the other one.' That’s actually never been true. I’ve always had a really badly damaged one eye," Crenshaw said.

A decade ago, Crenshaw lost his right eye in an explosion while serving in Afghanistan. His left eye went through extensive surgery, too, but earlier this year it started giving him trouble again.

“Back in January, I had some flashes off to the corner of my vision," Crenshaw said. "Imagine looking at a screen too long and maybe some distortions associated with that ... that blinking, that’s sort of what I saw."

Initially, he dismissed it but eventually underwent retinal surgery.

“I was really confronted with permanent blindness this time because a retinal detachment is very, very dangerous,” Crenshaw said.

He said he's been detached from politics lately to focus on his recovery and has been listening to audiobooks in his spare time.

“Wear a dive mask, put some bubble bath in it and rub the lenses with Vaseline and that’s sort of what I see," Crenshaw said while explaining what his vision is like right now.

After everything he’s survived, Crenshaw wouldn’t trade it. He said this is what he signed up for when he decided to serve.

“Is something hard, yes? Is it hard compared to what? In compared to who? What they had to deal with? You know, that should stiffen your spine sometimes," he said.

Crenshaw said he’s hoping to return to his normal life in a few weeks. He does wear glasses to help improve his vision.

Crenshaw says to see a doctor if you start to experience flashes of light or blurry vision. It could be a very serious situation and time matters in terms of treatment.