Two vigils were held in Houston with a dual purpose: to honor the mass shooting victims and call for more gun regulations. 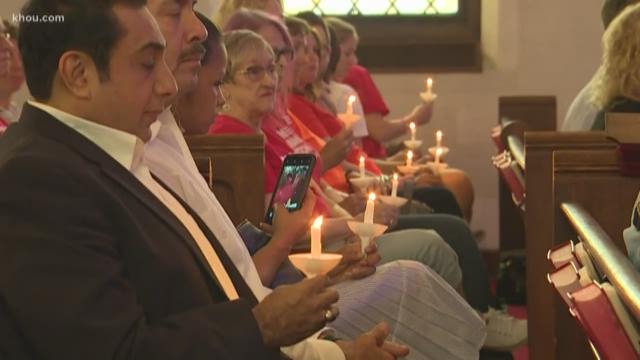 HOUSTON — People in Houston are mourning the dozens of lives lost in El Paso and Dayton.

Two vigils were held Sunday with a dual purpose: to honor the shooting victims and call for more gun regulations.

Community leaders gathered for the first vigil outside the Mickey Leland Federal Building in Downtown Houston.

“We gather here today, because Houston could not be silent,” said Congresswoman Sheila Jackson Lee.

RELATED: Here are the victims of the El Paso Walmart shooting

“Hate kills and inaction will not stop the killing. At some point, we have to say has America reached a tipping point where action will take place?” said Turner.

“There is a lot of things that can be done if people show the political will,” he said.

Houston City Hall, the Partnership Tower, and the Montrose Bridges will be lit orange Sunday to honor the movement to End Gun Violence.