Bellying up to the bar isn't allowed and dancing is discouraged, but Mayor Turner says the city's hands are tied when it comes to enforcement. 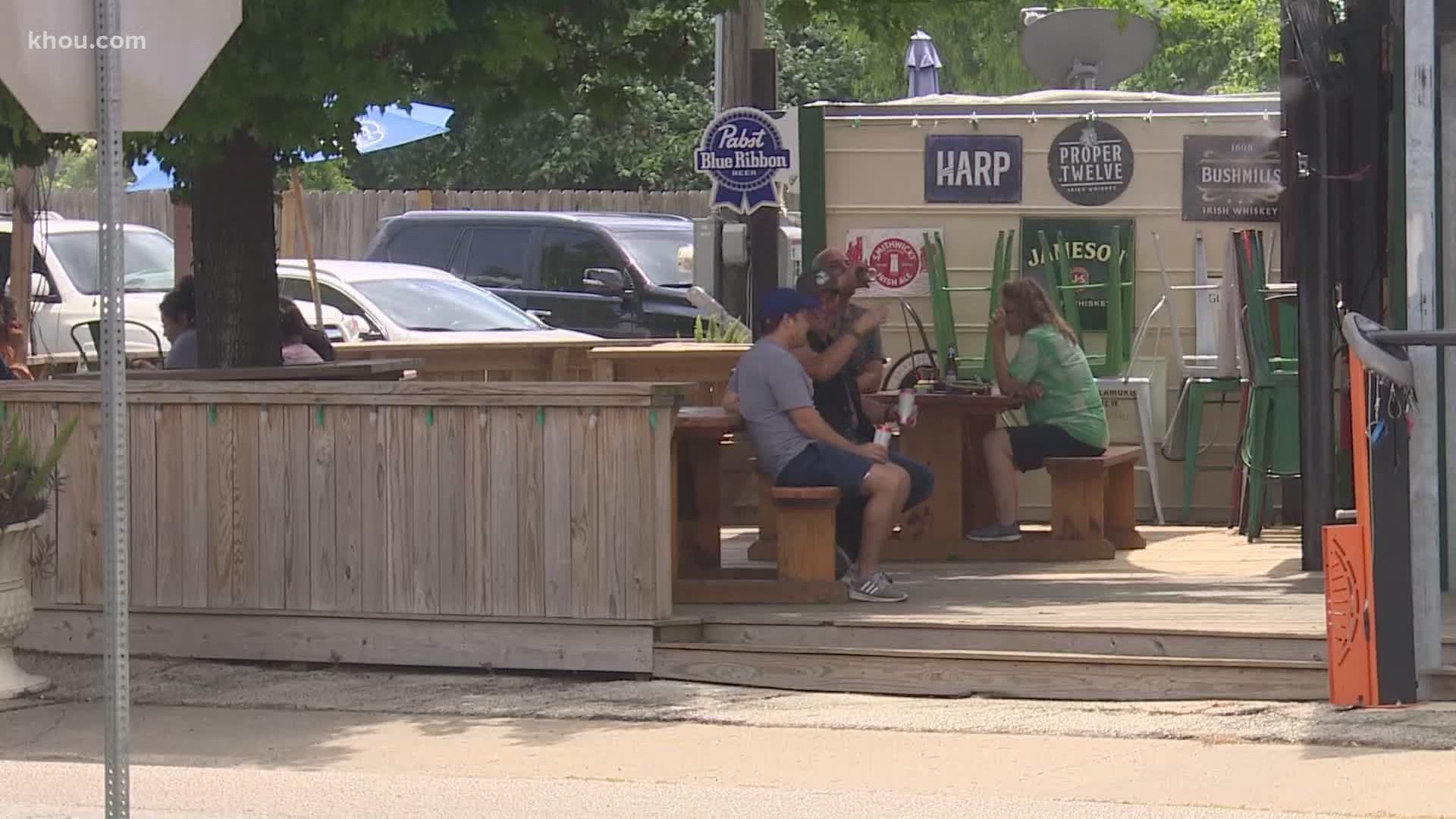 HOUSTON — Texans looking for a cold beer in this hot weather were happy to see some bars reopening Friday under state guidelines.

Some bar owners in Houston began welcoming customers at midnight.

Bars can operate at 25% capacity but bellying up to the bar isn't allowed and dancing is discouraged.

Here's the list of guidelines set out by the state:

He said the state won't allow police or firefighters to enforce the rules but they will try to educate owners and customers who break the them.

RELATED: Memorial Day weekend at Texas parks, beaches, rivers and lakes will be a bit different this year

"It's up to the people who go to be smart," Turner said. "If you go to an establishment and see that it's crowded, you can exercise your authority by walking away. I would not be in an environment where people are not social distancing."

Turner said the city has been sued for trying to enforce rules established because of the coronavirus pandemic.

“It puts the city in a tough spot when we’re sending limited resources to enforce the rules and then the city gets sued and doesn’t have the back of the state,” Turner said.

Health experts are also worried that people will forget to social distance as they enjoy adult beverages.

"That sometimes can impair your judgement. So it’s really important not to get loose with those standards as you have had a drink or two or more," said Catherine Troisi with UTHealth School of Public Health. "But I think we have to feel confident enough to walk out if we do not feel safe. It’s our health and that is more important."

The Texas Alcoholic Beverage Commission should make sure bars comply, according to guidelines from the governor's office. If bars don’t follow these guidelines, the commission has the authority to suspend bars’ licenses.

If you want to contact the TABC to report a bar for non-compliance, here's the email for complaints.