Imagine going out on the water looking to catch fish, but instead catching, well, something much bigger. That's what happened to an Austin fly fisher during his weekend in Galveston Bay. 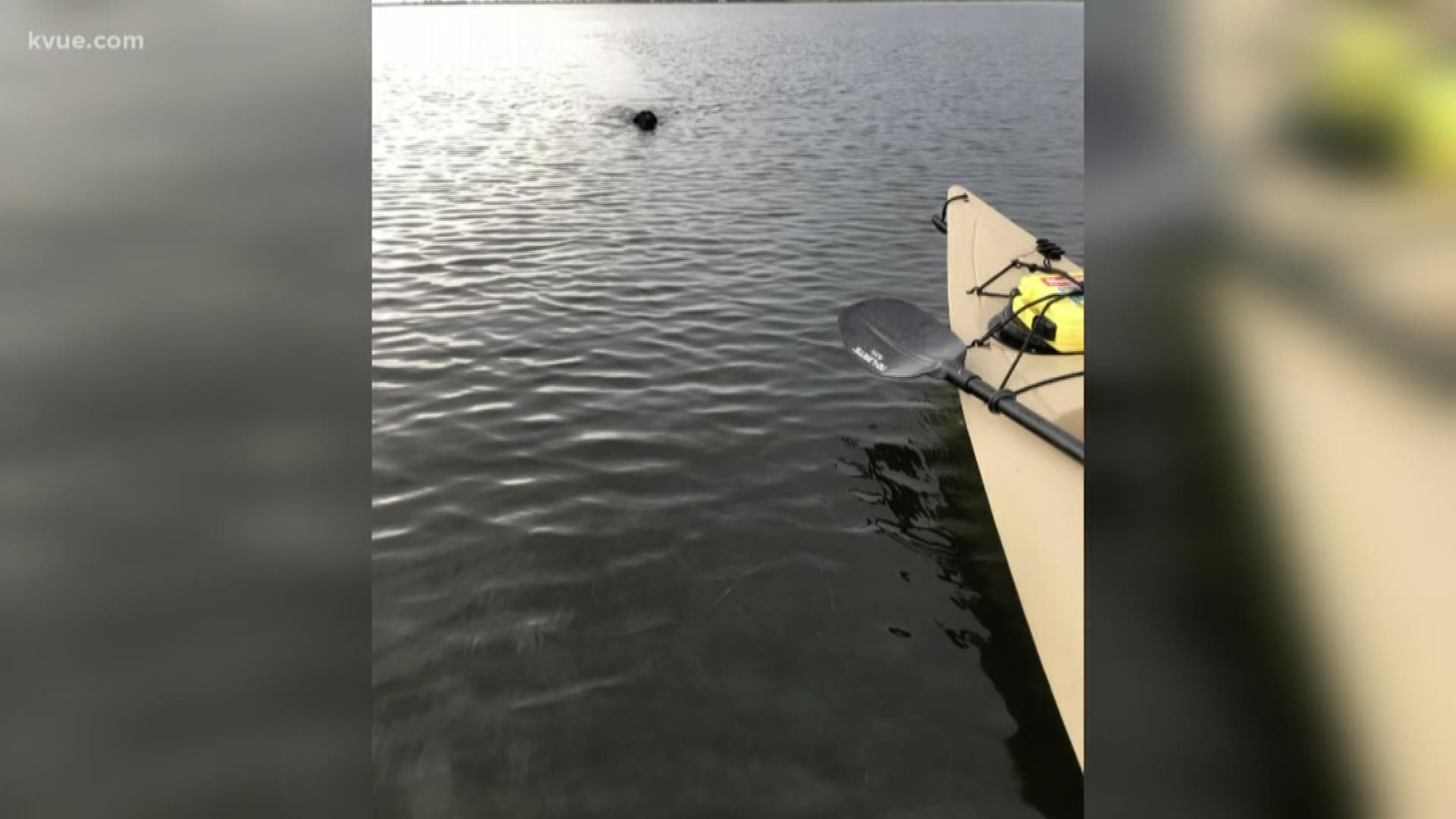 GALVESTON, Texas -- A day on the water turned into a dog rescue for a fly fisher from Austin.

Jeremy Van Pelt is no stranger to the water.

“I try to get down there as much as possible,” said Van Pelt.

He said he often travels from Austin to Galveston Bay to go fly fishing, but Sunday he caught much more than he bargained for.

"I was scanning the water horizon for fish that I could track down with my kayak and low and behold I saw something in the distance,” said Van Pelt.

It wasn't a fish. It was a dog swimming far away from shore.

"First, I was shocked that someone's dog was out in West Bay swimming by itself with no visible people around,” said Van Pelt.

Right then and there, he knew what he needed to do.

He scooped the Labrador up on his kayak and called the number on her collar. The story left her owner in shock.

"It was just unbelievable,” said Krista White, the dog’s owner. “I just I can't believe she was out in the middle of the bay. There were so many things that could have happened to her."

White said the 9-year-old lab named Grace must have gone looking for her husband, who she said went out to fish during their weekend getaway. Now, they're just grateful this fly fisherman was there to reel her in.

“It was definitely, according to my kiddos, the most exciting thing I've ever caught out in Galveston Bay,” said Van Pelt.