Before heading home to San Antonio, this little fighter had one last piece of unfinished business. He rang his survivor bell. 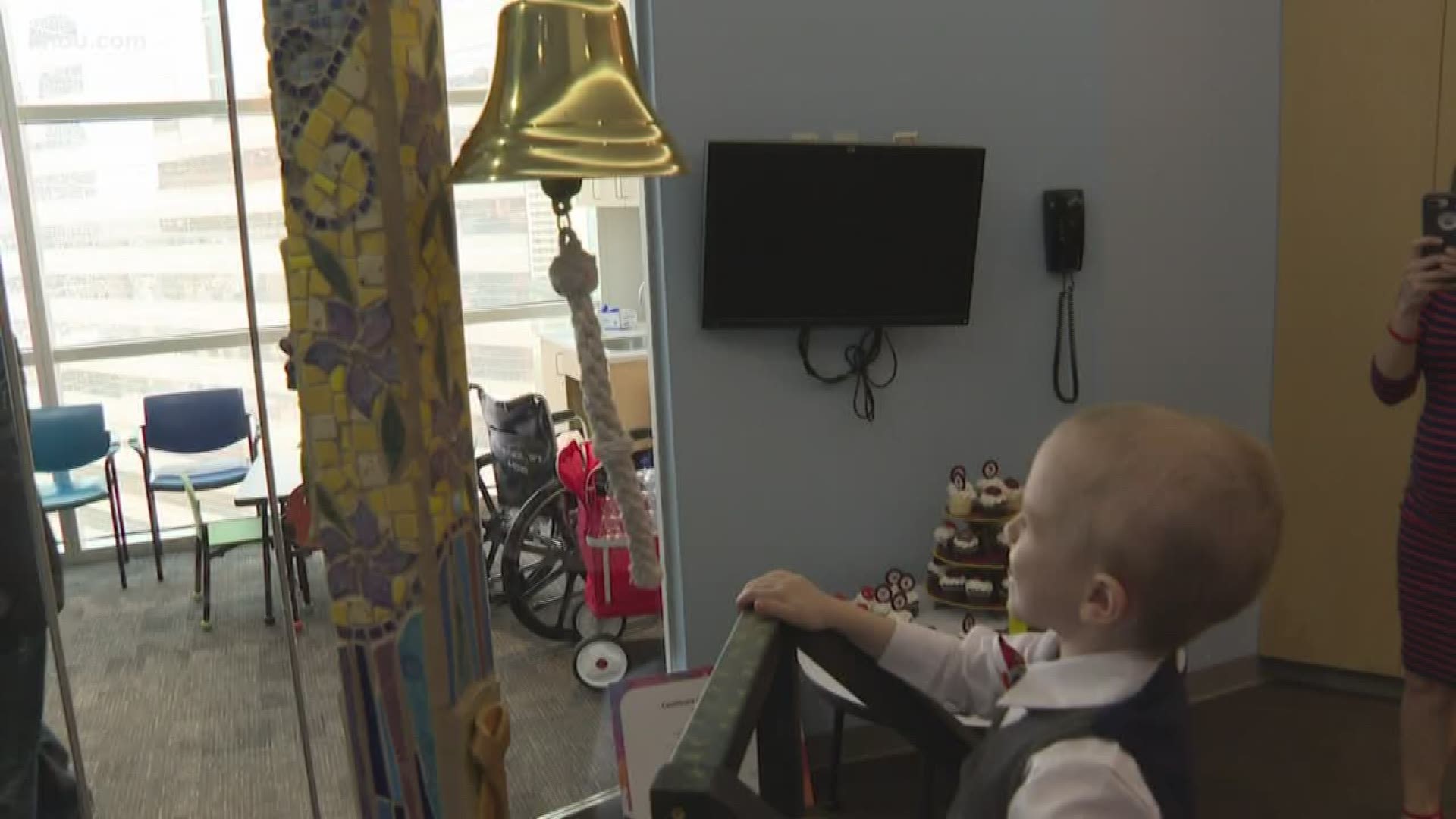 HOUSTON — 4-year-old Tucker Scutt has a pep in his step. Monday was no ordinary day for him at Texas Children's Hospital. After more than six months of treatment, Tucker had his last appointment before heading home to San Antonio.

"It's been quite a journey," said Jessica Scutt, Tucker's mom.

"It was devastating," Scutt said.

Tucker had tumors in both kidneys.

"It's extremely rare for it to happen to both kidneys at the same time," said Dr. Rajkumar Venkatramani, the director of the Solid Tumor program.

It's so rare, doctors at Texas Children's Hospital see only one or two cases every few years. Tucker's parents drove him to Houston and walked into the ER, hoping to give their son a chance.

"He had a lot of complications," Scutt said. "He urinated blood. It was really, really bad. He had weekly chemo. It was just crazy."

In a few months, one of the tumors completely disappeared. The other kidney was successfully removed. This pint-sized Spiderman fan still has the scars to prove it.

Before heading home, this little fighter had one last piece of unfinished business. He rang his survivor bell.

"It's almost indescribable. It's like every emotion," Scutt said.

Tucker now has his whole life to love, be loved and just be a kid.