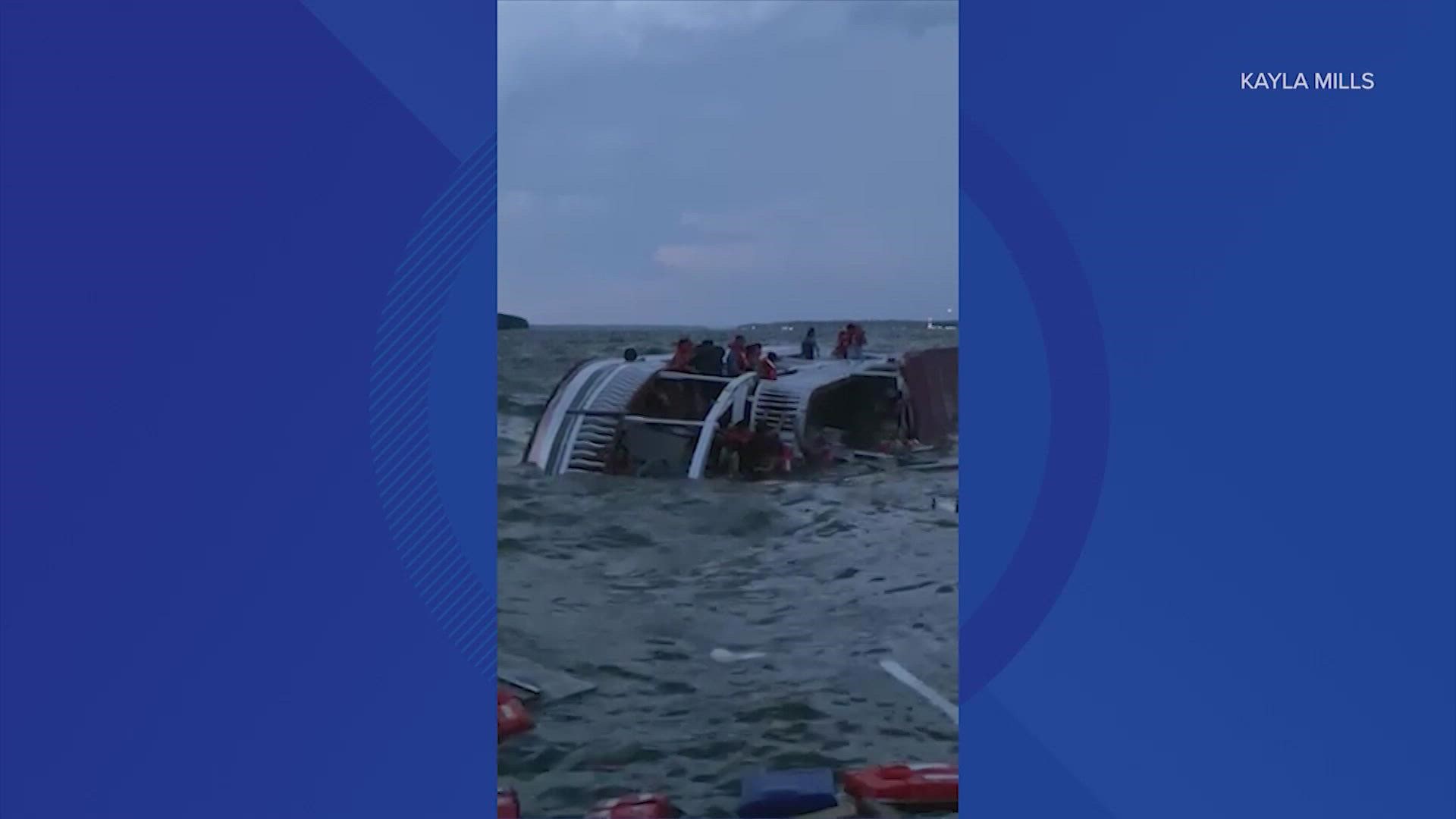 CONROE, Texas — A passenger died at the hospital after he and dozens of others were rescued from a capsized party boat Saturday night on Lake Conroe, according to the Texas Parks and Wildlife Department.

Several calls came in about multiple people in the water around 8 p.m. near Regency Point.

Officials said 53 people, including passengers and crew of the Lake Conroe Queen, were on board when the vessel capsized. Investigators said two people were taken to the hospital. One person, 80-year-old Karl Kazenberg, of Montgomery, was in critical condition when emergency crews took him from the scene, but he later died. Another person was last reported to be stable.

Montgomery County Judge Mark Keough said residents living along the lake had already started pulling people from the water from their private docks when crews arrived.

People watch from the shore as crews continue to work on capsized boat in Lake Conroe. #KHOU11 pic.twitter.com/QVc6cvIa71

“It’s designed to operate in perfect conditions,” neighbor and eyewitness Robert George said. “So when you’re confronted with high winds or choppy water, it’s best to sit still or get close to the dock before you go running it around out there.”

Officials said everyone is accounted for.

According to the county judge, there was diesel fuel in the water and multiple people were decontaminated before being shuttled to their cars.

The area is expected to remain blocked off for the next few days as crews work to remove the boat and debris, officials said.

TPWD is still investigating the official cause of the incident. Although, according to Keough, investigators believe the thunderstorm over the area may have been a factor.

53 people saved tonight all on the boat that tipped over pic.twitter.com/6D4RjftkCm

Keough released a statement early Sunday that read, in part:

"So much bravery and teamwork tonight helped save so many from what could have been a complete disaster and a mass rescue operation didn’t turn into a mass casualty event.

I personally like to thank the residents of Regency Point who stepped up immediately to help their fellow man in a crisis and began rescuing people despite the dangers to themselves.

All of the responding agency’s went above and beyond and made sure everyone was safe and well take care of."