KHOU 11 Investigates has been tracking Houston Health Department deaths and found, in Houston, the gap continues to grow. 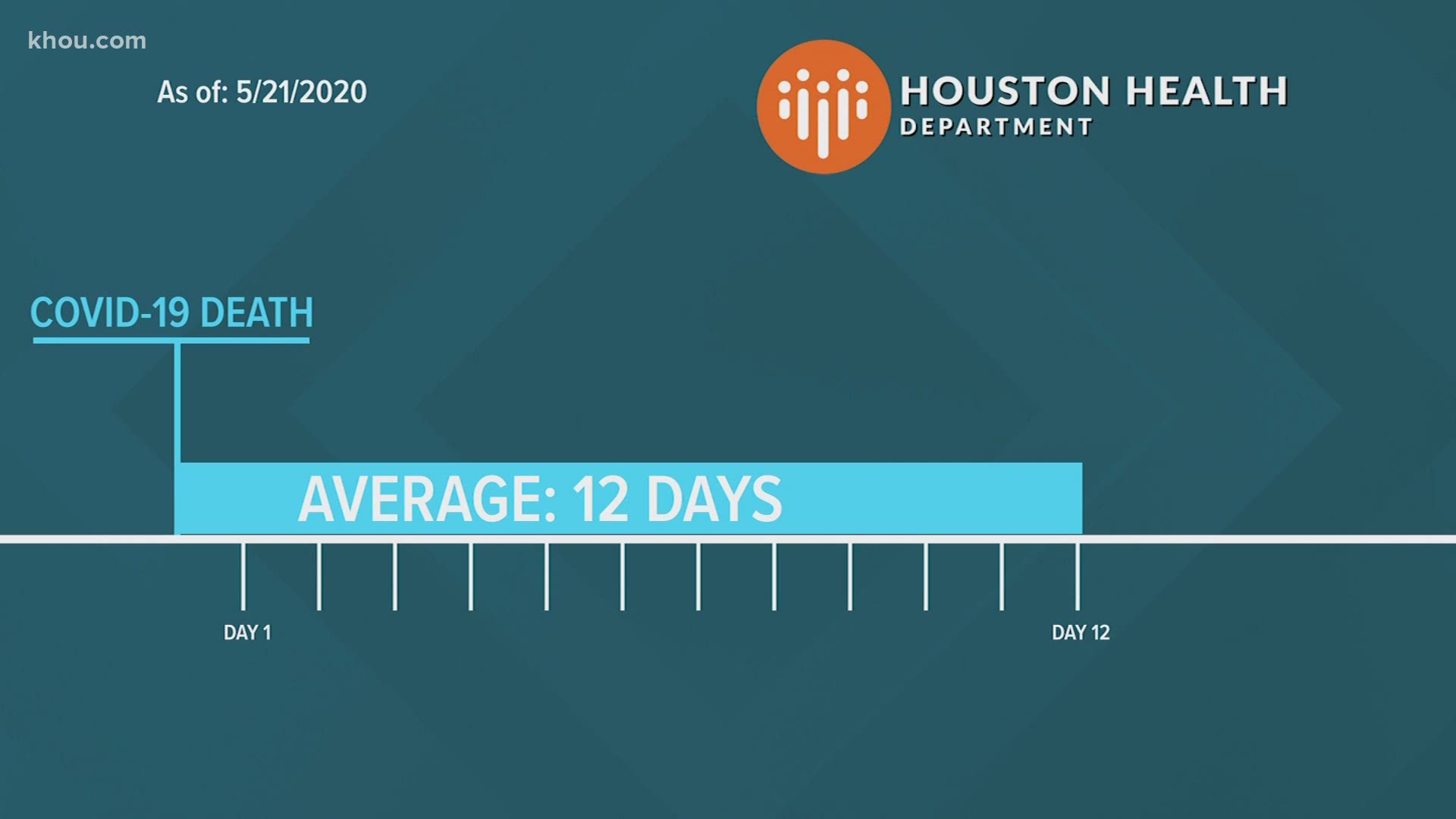 HOUSTON — KHOU 11 Investigates has been tracking the time that passes when someone dies from COVID-19 and when those deaths are made public.

We found, one week after our initial report, the delays have gotten worse.

RELATED: KHOU 11 Investigates: Texas lags most of the country in coronavirus testing

State and local leaders have said repeatedly they rely on doctors and scientific data when making decisions to reopen the Texas economy.

“We like to look at figures on a seven-day rolling basis,” Governor Greg Abbott said in a press conference on Monday.

That is why Dr. John Hellerstedt, Commissioner of the Texas Department of Health Services, said during the same news conference the case and death counts matter.

“We do not want there to be any delay in the reporting of deaths. So one of the things that we do is to keep up with that, looking and scanning all of the city and county health department data that they post,” Hellerstedt said.

But there are delays on the local level. KHOU 11 Investigates has been tracking Houston Health Department deaths and found, in Houston, the gap continues to grow.

On average, more than 12 days go by before a COVID-19 death is made public. As of last week, the average was 11 days.

“It's frustrating. There's no bad actor here. There's nobody that I can point the finger at and blame. I kind of wish everyone would be a little bit more prompt in the reporting,” Persse said.

Persse said hospitals, nursing homes and relatives of those who have died from COVID-19 all play a role in the reporting process. But with more testing sites opening, he said, more delays are inevitable.

“My concern is that if our numbers take off and we start getting a lot of transmission of the virus, a lot of more positive tests, a lot more deaths, that the volume of work will slow (reporting) down again. I'm hoping for the best, but we're preparing for continued delay in recording,” Persse said.

Persse added as the reporting gap grows, leaders may start looking at data two weeks at a time rather than seven days when making decisions to reopen businesses.

RELATED: These Houston-area nursing homes have prior infection prevention violations