A Harris County Sheriff's Office spokesman says if another storm hits tomorrow, don't expect response times to be any better. 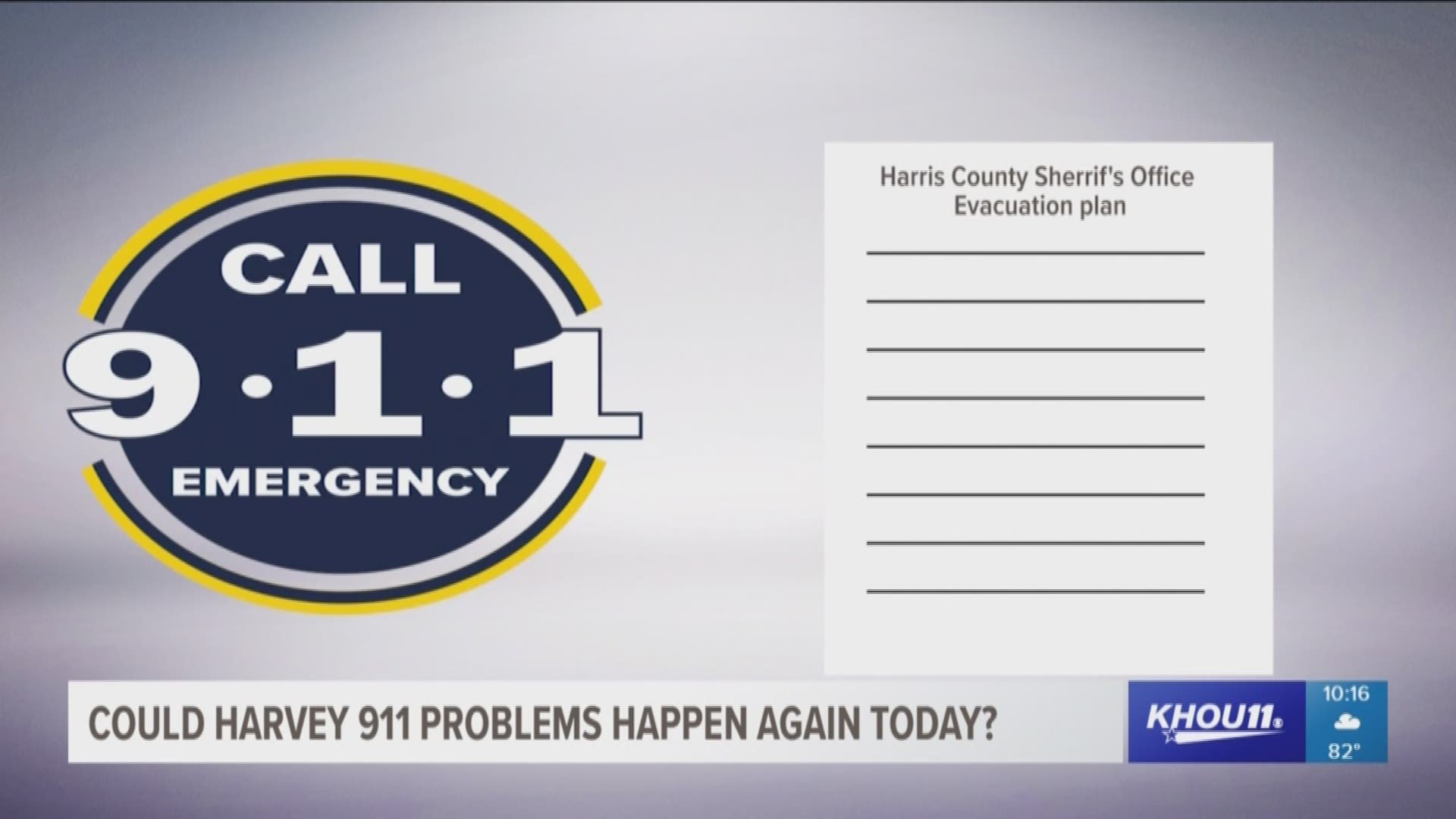 HOUSTON - We heard heartbreaking stories after Hurricane Harvey of families who waited on hold for 911. In some cases, they believe it made the difference between life and death.

Now a year later, KHOU 11 Investigates if we would have trouble getting through to 911 if another storm hit.

"I think anyone would tell you Harvey was a beyond catastrophic scenario…we feel like we were as prepared for that as we could be," said Jason Spencer, Harris County Sheriff's Office spokesman.

Related: Help on hold: 911 calls in the weeks after Hurricane Harvey went unanswered for several minutes

Spencer says if another storm hits tomorrow, don't expect response times to be any better. Here's why: On a normal day, Harris County 911 gets 3,000 calls. During Harvey, the county was averaging 3,000 calls an hour.

That's why Spencer explains it like this, "You can expect response times from first responders are going to be affected, anyone who looks at you and tells you differently is selling you something."

To be clear, there were two separate issues KHOU learned about during Harvey: The amount of time people were waiting on hold for 911 and Harris County's 911 dispatch center flooding. On the first issue, KHOU 11 Investigates discovered 11 days after Harvey where hold times averaged more than 2 minutes, including one day where it took an average of 22 minutes to answer calls. Fast forward to this summer, hold times are back to normal. Records obtained by KHOU show the longest wait time around 5 minutes on May 30.

"I think the big takeaway for us as an agency, particularly when it comes to communications, the big takeaway from Hurricane Harvey, was getting word out to the community that 911 is for life and death emergencies," Spencer said.

On the second issue, the flooding at Harris County's 911 Dispatch Center, we learned there were technical hiccups at the back-up facility. The computer-aided dispatch went down and call takers were hand-writing call slips. KHOU 11 Investigates found in the year since Harvey, the department has not updated its evacuation procedures. The last time it was changed was October 2016. The reason, they told us, is there's a more permanent solution: A new $21 million 911 dispatch center near the Aldine area in north Harris County, far from Buffalo Bayou that threatened the old building downtown. It's set to open in Spring of 2019 and was planned before Harvey.

There's space for 70 call takers. That's nearly double the number they have now. A new computer-aided dispatch system is also in the works to keep call takers from running into the problem of hand-writing calls slips like they did during Harvey.

After Harvey, call takers moved back to the old building downtown. This is their last hurricane season in that location. They're just hoping they can make it without another storm.