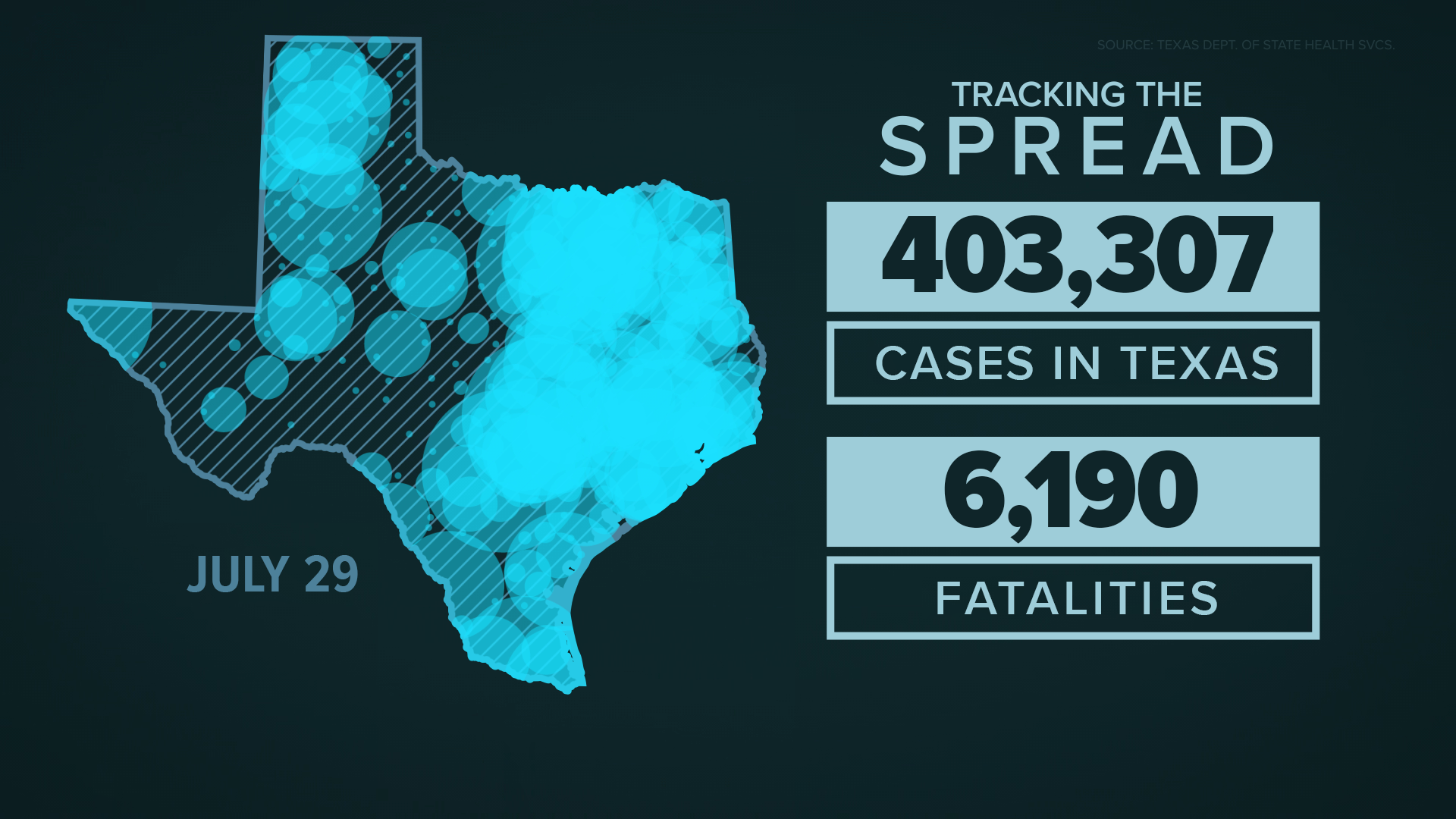 HOUSTON — (Editor's note: On July 30, 2020, Texas DSHS announced an error in the calculation of COVID-19 deaths for the state. DSHS corrected the cumulative death count for four dates from July 27 to July 30. This article was published before the error was reported. The correct single-day reporting count for July 29 is 302.)

The Department of State Health Services posted the numbers on its dashboard shortly before 4 p.m.

The 313 newly reported deaths are the largest number the state has seen since the pandemic began; however, the state also changed its method of collecting death data on Monday of this week, looking at death certificates. Prior to that change, the single-day high of reported deaths was 197.

According to the state's cumulative deaths chart, Texas tallied its 6,000th death on July 21.

#BREAKING @TexasDSHS reports 313 new #COVID19 deaths, bringing state total to 6,190. Keep in mind, the state changed how it collects death data, relying on death certificates. It's unclear when these deaths occurred, but we have crossed another grim milestone. @KHOU #KHOU11 pic.twitter.com/ZBKpv8uzP7

The state's seven-day average positivity rate sits at 12.55 percent, which means for every eight people tested, at least one tests positive for coronavirus. The positivity rate has been on a downward trend since July 16, when it was 17.43 percent.

Harris County reported 421 new cases and 6 deaths outside of the city of Houston.