In 2019, 67 percent of the calls the telepsychiatry team responded to were cleared without a person having to be transported to jail or a hospital. 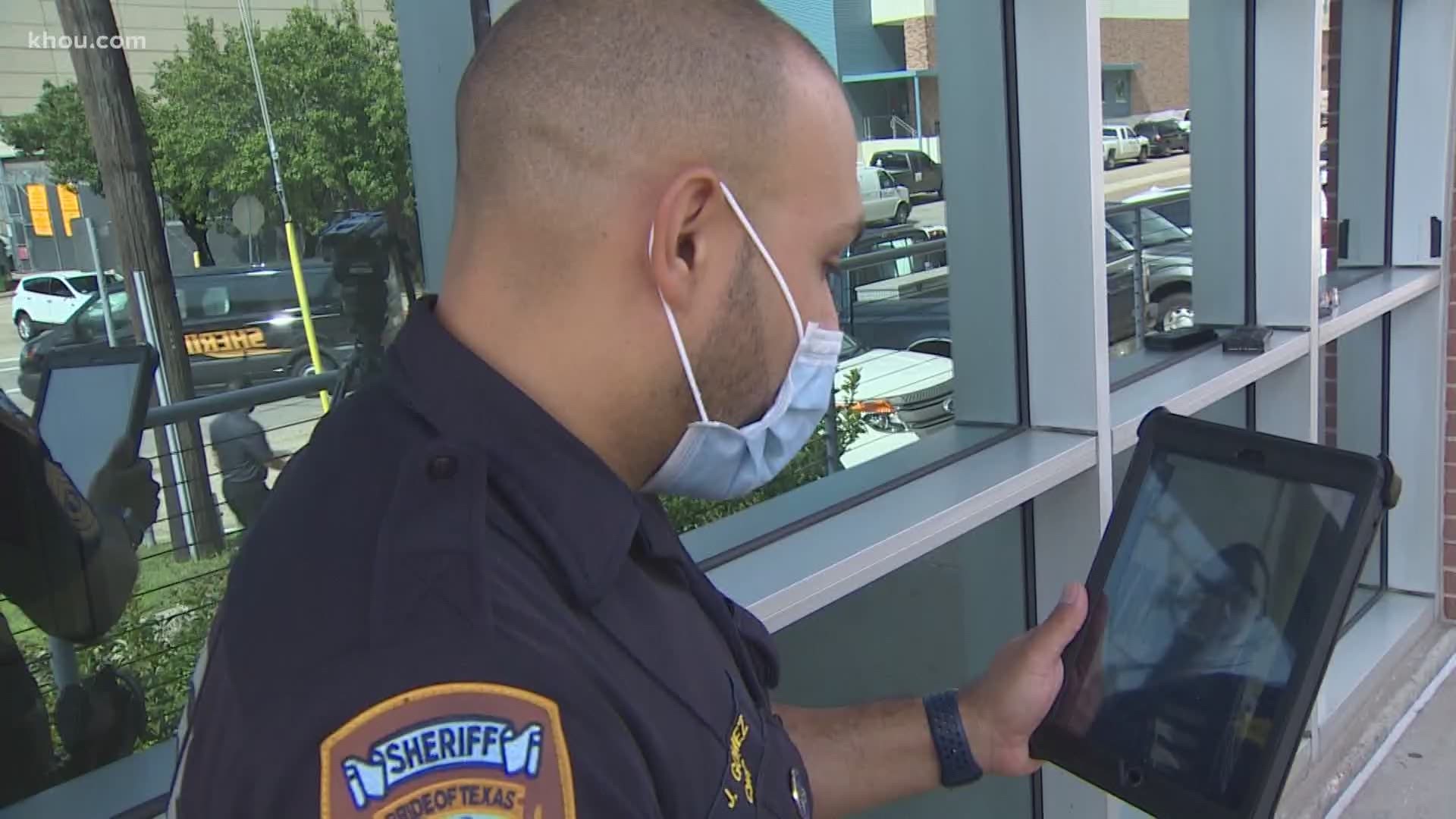 HOUSTON — This is National Suicide Prevention Week. We are Standing for Houston by sharing resources and spotlighting steps taken to save lives.

The Harris County Sheriff’s Office is putting in the work.

In December 2017, KHOU reported on a pilot program that would connect people in crisis with mental health clinicians. All deputies needed to make the connection was an Apple iPad. We reported the pilot program was the first of its kind in the nation.

By February 2019, we updated viewers. The telepsychiatry program was permanent. Harris County invested in mental health by equipping 20 deputies with iPads.

“One of the first incidents that we were able to resolve was a 16-year-old girl (who) was suicidal,” said Gonzalez during that 2019 interview.

In March 2020, the Harris County Sheriff’s Office expanded it’s telepsychiatry program again. “We’ve expanded from 20 deputies to 100,” said H.C.S.O. Sergeant Jose Gomez who’s been a part of the program since 2017.

Gomez explained the reason for the expansion was that in 2019, 67 percent of the calls the telepsychiatry program responded to were cleared without a person having to be transported to jail or a hospital. “That is a lot. That is a lot. That means because of the iPad and getting an assessment out in the field,” said Gomez, “the deputy was better-equipped to handle the call and provide those resources instead of transporting.”

Not only do Harris Center clinicians speak to distressed individuals live, in the field, the Harris Center will also follow-up with the individual within 24 hours, just in case that person needs more help like counseling or access to a treatment facility.

65 suicides in #HarrisCo so far in '19.@SheriffEd_HCSO confirms two people were 10 and 12-years old.
Families are grieving.
Houston is stunned.
On #khou11 at 5 how @HCSOTexas is #StandingForHouston to prevent more suicides. The program is the 1st of-its-kind in the nation. pic.twitter.com/I2416Kwbnk

Harris County is giving deputies other tools to address mental health. Every single deputy must go through 40 hours of mental health training where they’ll learn how to de-escalate a situation and how to talk to someone instead of talking at them.

“The Harris County Sheriff’s Office is here to help,” said Gomez, by investing in the resources that help all of us.