Fentanyl deaths on the rise; CDC reports it's the deadliest drug in the country

For some time, doctors have known just how dangerous fentanyl is but now the CDC has the data to back it up. 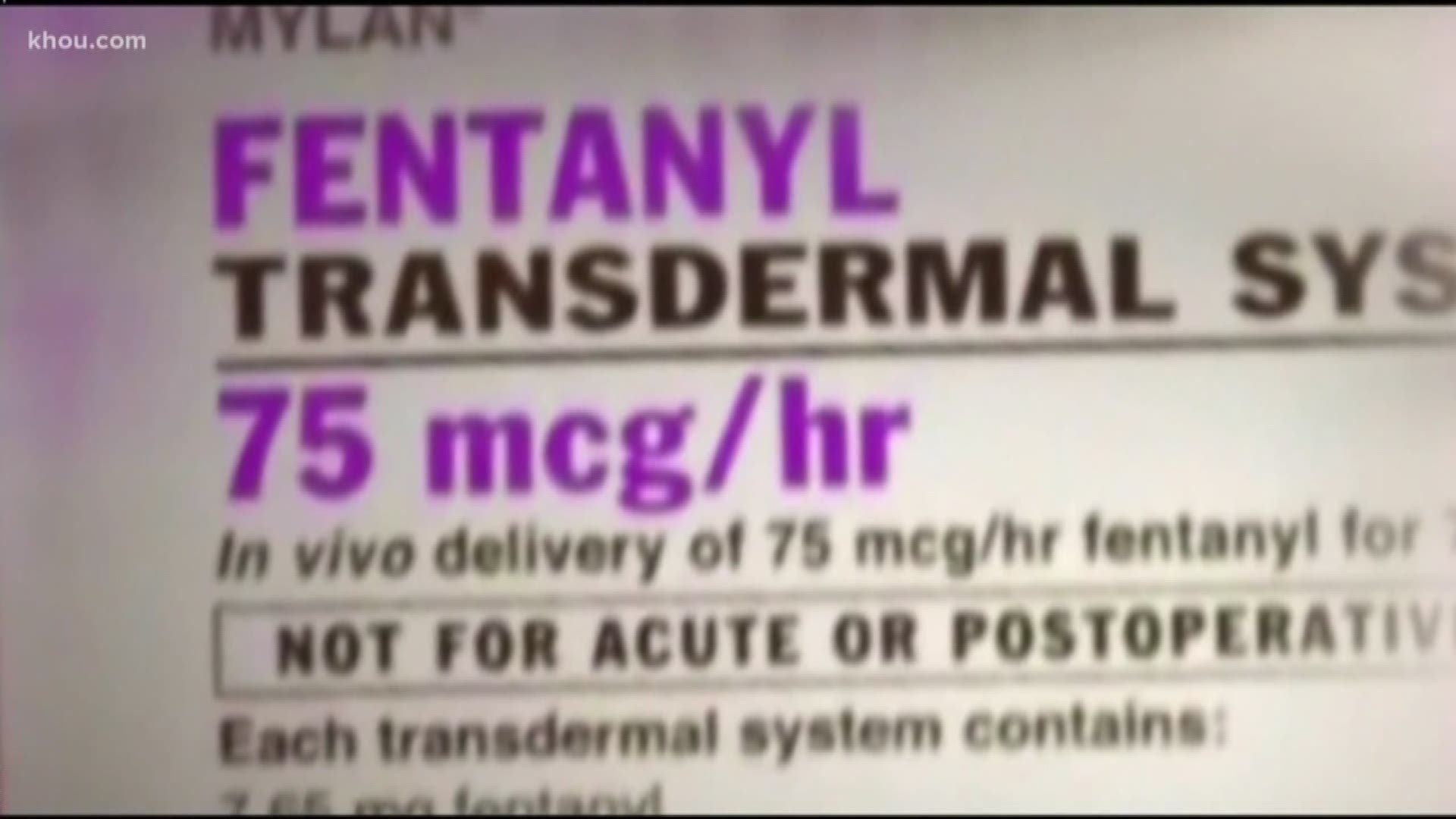 HOUSTON — Opioid usage in the United States continues to be a deadly epidemic.

The Centers for Disease Control and Prevention is now calling fentanyl the deadliest drug in the country.

For some time doctors have known just how dangerous fentanyl is but now the CDC has the data to back it up.

It’s a deadly trend here in Houston and across the country.

Dr. Mike Leath, director of the Prevention and Recovery Center at Memorial Hermann, said it makes sense knowing how potent the drug is.

“Whereas heroin is measured by the gram, fentanyl is measured like millionths of a gram so you can imagine in these clandestine labs they don’t have the scales that can properly weigh that out so it’s easy to make an error,” Dr. Leath said.

He said when someone does make a mistake it’s fatal.

“Well, we probably don’t see as many fentanyl overdose cases because most of them don’t survive to make it here,” he said.

The Texas Department of State Health Services estimates almost 1,200 people died from an opioid overdose in 2015. When you took a closer look at the fentanyl crisis at least 153 deaths in the state are linked to it.

Dr. Leath expects new data to show those numbers continue to spike as heroin mixed with fentanyl is continued to be used.

He said, “The heroin supply is dangerous now. It’s like playing Russian roulette.”

Also, Dr. Leath hopes at some point the increase in fentanyl use will begin to fall but he’s not sure when that tide will turn.

He has started seeing fentanyl used in pill form which is leading to more overdoses.

Dr. Leath said Narcan has helped save people from an overdose but he doesn’t want it to become a safety net for drug users.

The Harris County Medical Examiner’s Office said in 2013 the country had 19 deaths related to fentanyl.

The number fell in 2014 and 2015 but since then it has spiked dramatically.

This year there have been 77 deaths so far linked to the drug.