Many of those vaccine-filled flights have landed at Bush Airport in Houston. 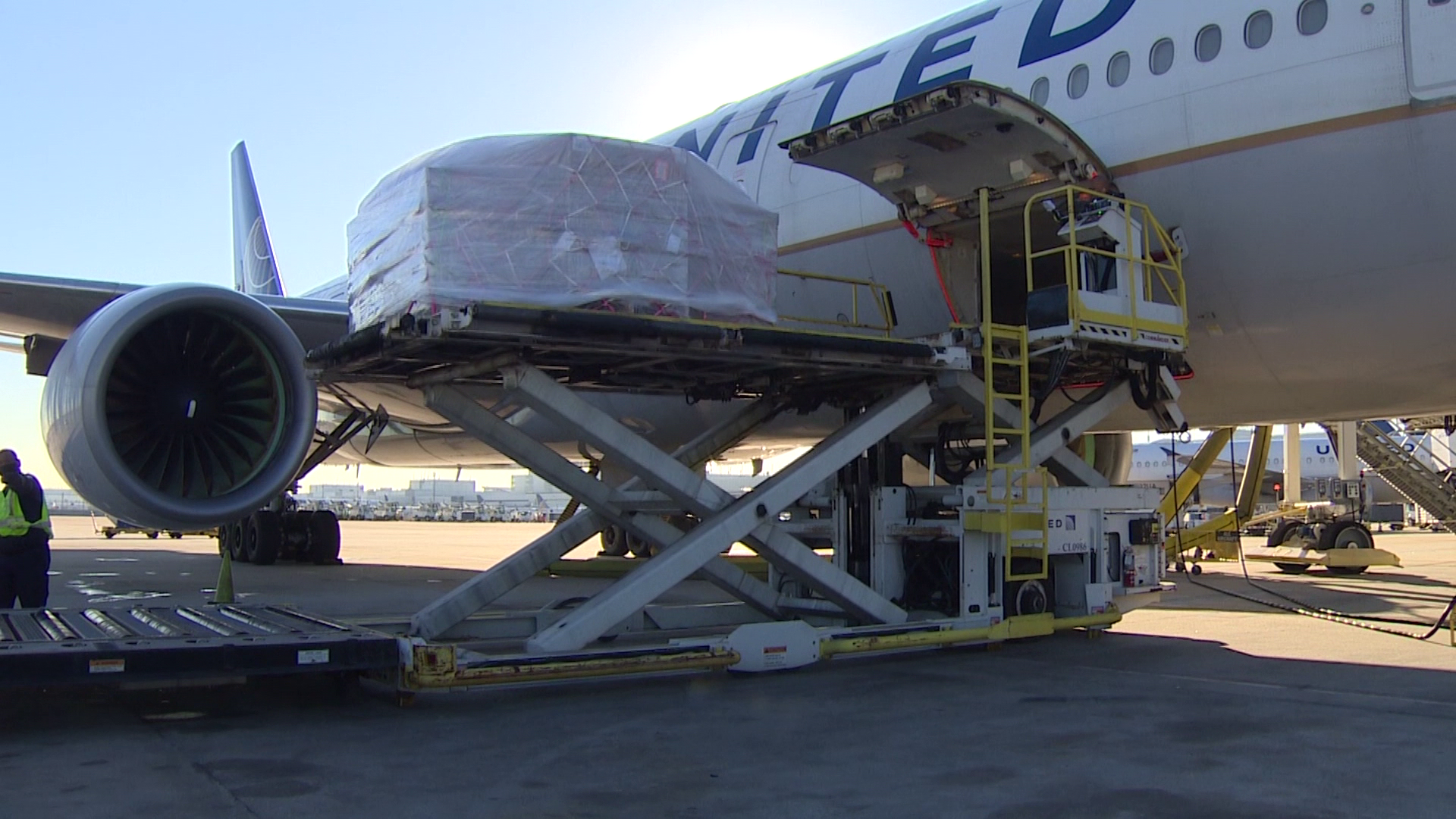 HOUSTON — At Bush International Airport, flights are taking off, planes are landing and passengers are constantly on the move, but now United Airlines is flying hope to communities across America.

"To me, this is the most important thing that I've seen move," said Chris Busch.

Busch is Managing Director of Cargo for United. He oversees a team making sure COVID-19 vaccines are flown where they need to be.

"This is definitely a huge responsibility," Busch said. "And I can tell you all the way to the CEO, everyone in our company knows when vaccines are moving on our flights."

United Airlines is moving COVID-19 vaccines across the country and really across the world. They're using wide body aircraft like 777s and 787s. Airline officials say they can fill each aircraft with up to 1 million doses.

United was the first airline to fly the Pfizer vaccine into the U.S. They're a a part of Operation Warp Speed. A lot of those vaccine filled flights landing in Houston.

"We've positioned ourselves to be capable of doing what is needed of us at this time," Busch said.

The goal is to get shipments on and off airplanes as fast as possible.

"For us, it's really about speed," Busch said. "How quickly can we have it off the aircraft, processed through the warehouse and onto a shipper's truck."

Inside United's cold storage cargo facility at IAH, temperatures can drop to as low as -100 degrees Fahrenheit if necessary. They're able to store both the Pfizer and Moderna vaccines in special containers until they're ready to load on an aircraft.

"Those flights take highest priority. When we have delays to deal with, those flights are seen by everyone and treated with the expectation that if there's a vaccine, this flight needs to go," Busch said.

As Operation Warp Speed expands in the coming months, United expects to stay busy. Cargo and passenger flights carrying vaccines will likely pick up as more vaccines are produced and approved.

"Moving vaccines is the closest I've been in the actual fight against COVID, and I think you can say the same thing about everyone at United," Busch said. "This is our ability to be on the front lines."

The hope is each flight and its life-saving shipment can get the country back to some semblance of normal soon.