'Most of these vaccination mandates ... will be upheld' | Expert says private companies can require employees to get vaccinations

While it’s generally understood that private companies can mandate vaccinations of their employees, Valerie Gutmann Koch said she expects to see legal pushback. 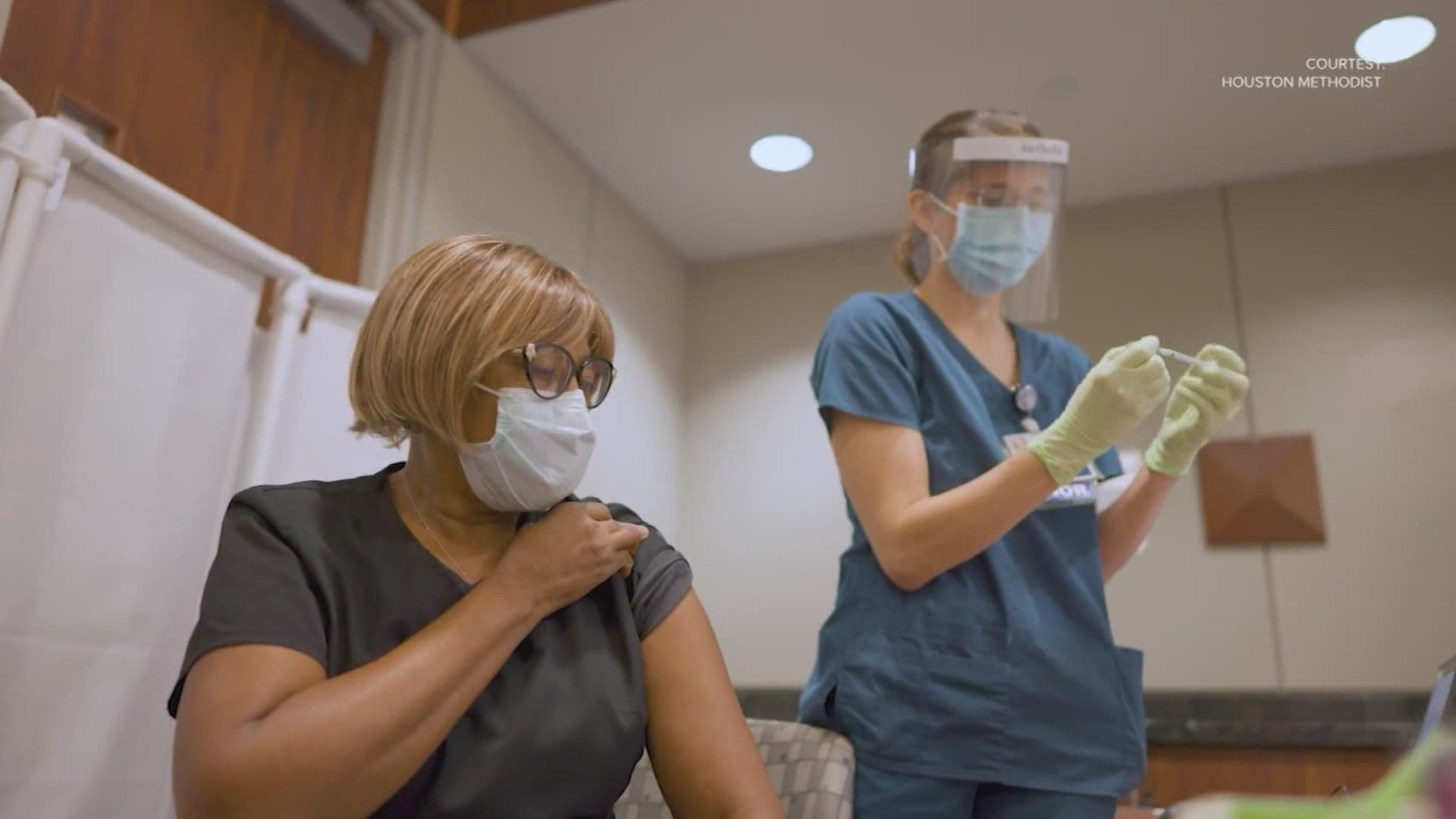 HOUSTON — Houston Methodist has gotten a huge dose of publicity for giving employees, like nurse Jennifer Bridges, until early June to get a COVID vaccination or face possible termination. It's something she's refusing to do.

"We’ll do what the CDC said is perfectly safe," Bridges said. "Just let us be comfortable because once you inject it, you can’t take it back out.”

Methodist told us Bridges is in a small minority of employees who haven’t yet gotten the vaccine. President and CEO Mark Boom said is ultimately their right.

At last check, a Change.Org petition challenging Houston Methodist had more than 5,000 signatures.

"It’s generally understood that private companies can mandate vaccinations of their employees," Gutmann Koch said. "That said, I do anticipate there being some legal pushback.”

She’s already heard of not only healthcare providers but businesses such as restaurants making similar mandates which have prompted lawsuits in other states.

Although the Equal Employment Opportunity Commission’s recently updated guidance supports employers in what’s considered to be an emergency situation.

"Generally, I think that most of these vaccination mandates, at least for the time being, will be upheld,” Gutmann Koch said.

That could change in Texas if a proposed law passes that would prohibit employers, private or public, from requiring vaccinations. It currently only applies to those that get state funding.

Other Houston area hospitals are reportedly waiting to make decisions about mandates.

Meanwhile, we’ve heard from a number of city governments and school districts in recent weeks that strongly encourage vaccinations but are not requiring them.