Houston Methodist's president and CEO says about 90% of employees have already been vaccinated and the rest have to get the shot by June 7 or they'll lose their job. 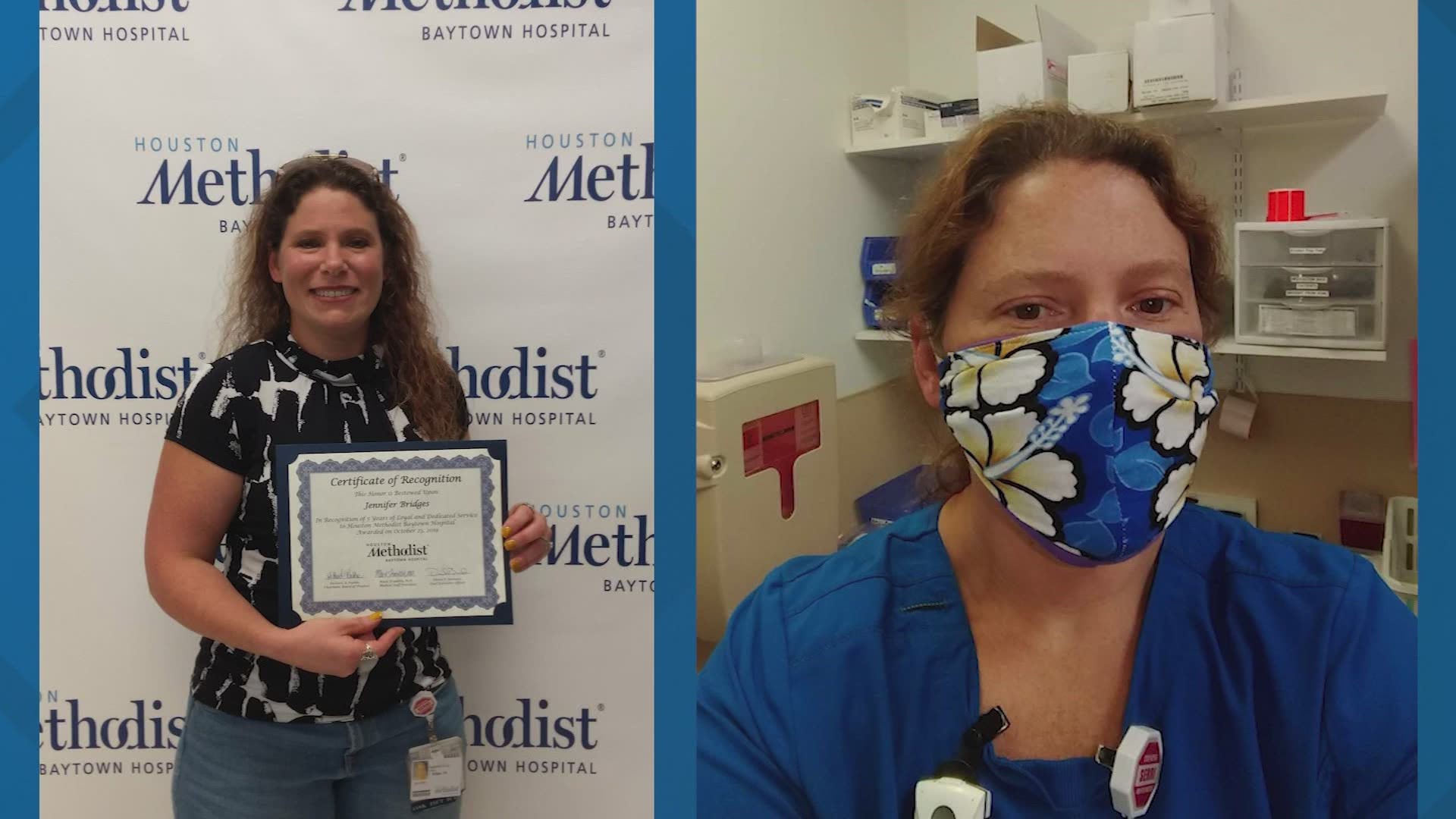 HOUSTON — Drive-thru and walk-up COVID-19 sites are now accepting anyone 16 years old and up. Houston-area cities and counties are doing everything they can to get residents vaccinated. But even with vaccination sites open until 9 p.m. Houston Methodist Hospital registered nurse Jennifer Bridges is just not ready to get a shot, even if it means losing her job.

Houston Methodist President and CEO Dr. Marc Boom said the hospital is the first in the United States to require its employees to get any of the three COVID-19 vaccines. About 26,000 employees have until June 7 to get vaccinated. Bridges is among the estimated 3,000 employees who Boom said still have yet to be vaccinated.

RELATED: Houston Methodist employees have until June 7 to get COVID-19 vaccine or they're fired

“It’s our sacred obligation to care for our patients and keep them as safe as we possibly can,” Boom said about his reason to require one of the vaccines that have been cleared for emergency use by the FDA during the pandemic. “And really as early as early fall we were telling our employees that we didn’t know when, but that we’d eventually mandate the COVID vaccine, just as we mandate the flu vaccine.”

All Houston Methodist Hospital employees have been required to get a flu vaccine each year for the last decade.

Boom said Houston Methodist has been clear on expectations for the COVID-19 vaccines. In March 2021, the hospital paid out bonuses to employees who received the vaccine.

“And then in March, we began mandating for all new hires, which has gone very well," Boom said.

Boom confirmed Houston Methodist is allowing the same exemptions for the COVID-19 vaccine that it does for the flu vaccine. But approval of that exemption requires an employee’s application to be reviewed by a committee that looks at the application from both a legal and ethical perspective. Boom confirmed some employees have had their COVID-19 exemption applications denied.

“We’ve also put in place a deferral for COVID that we don’t have in place for the flu and that’s around women who are pregnant,” Boom said.

With a majority of employees compliant with the hospital’s vaccine requirement Boom said, “it’s not a surprise that there are some people who don’t want to take the vaccine.”

Bridges plans to fight off getting the vaccine until the deadline about six weeks away.

“I think our rights as human beings are more important than keeping that job,” Bridges said.

WATCH AGAIN: Houston Methodist employees have until June 7 to get COVID-19 vaccine or they're fired

Bridges is garnering international support through this Change.org petition.

“It has been a great response,” said Bridges a few days after her initial interview with KHOU11. “I literally have people on my petition from Canada. Everybody is coming up to me, like, almost tearful. Like, thank you for standing up for us. We’re so proud of you.”

Bridges is a mother. Her father is in a nursing home. She has worked for Houston Methodist for more than six years.

“I have worked with so many COVID patients,” she said.

She understands the need for safety measures during the pandemic. She knows the virus continues to spread but said she's just asking for more time.

Bridges wants more time for the FDA to study the three vaccines. She wants a vaccine that’s fully approved by the federal government. She wants data and research beyond what was required for the vaccines to receive emergency authorization from the FDA.

“In the meantime, we’ll wear N-95s, face shields. We’ll do what the CDC says is perfectly safe. Just let us be comfortable because once you inject it you can’t take it back out,” she said.

When KHOU11 initially aired Bridges’ story last Friday, Boom wasn’t available to do an interview. Houston Methodist sent a statement. On Monday, Boom was able to do a Zoom interview with KHOU11. When asked if he’d heard from any patients about the hospital’s vaccine requirement, Boom said, “Mostly what I’ve heard from patients is 'thank you,'” for the hospital prioritizing a patient’s health and care. “I have gotten some emails from all around the country and even internationally from people who are anti-vaccine who have been upset at what we’ve chosen to do.”

An employer on one side, an employee on the other. The debate over COVID-19 vaccine requirements grows louder as June 7 draws closer.

“People want to provide for their families. They don’t want to lose their job,” Bridges said