There were times last year the family of Ramon Cervantes thought he might not make it, but he’s made a miraculous recovery. 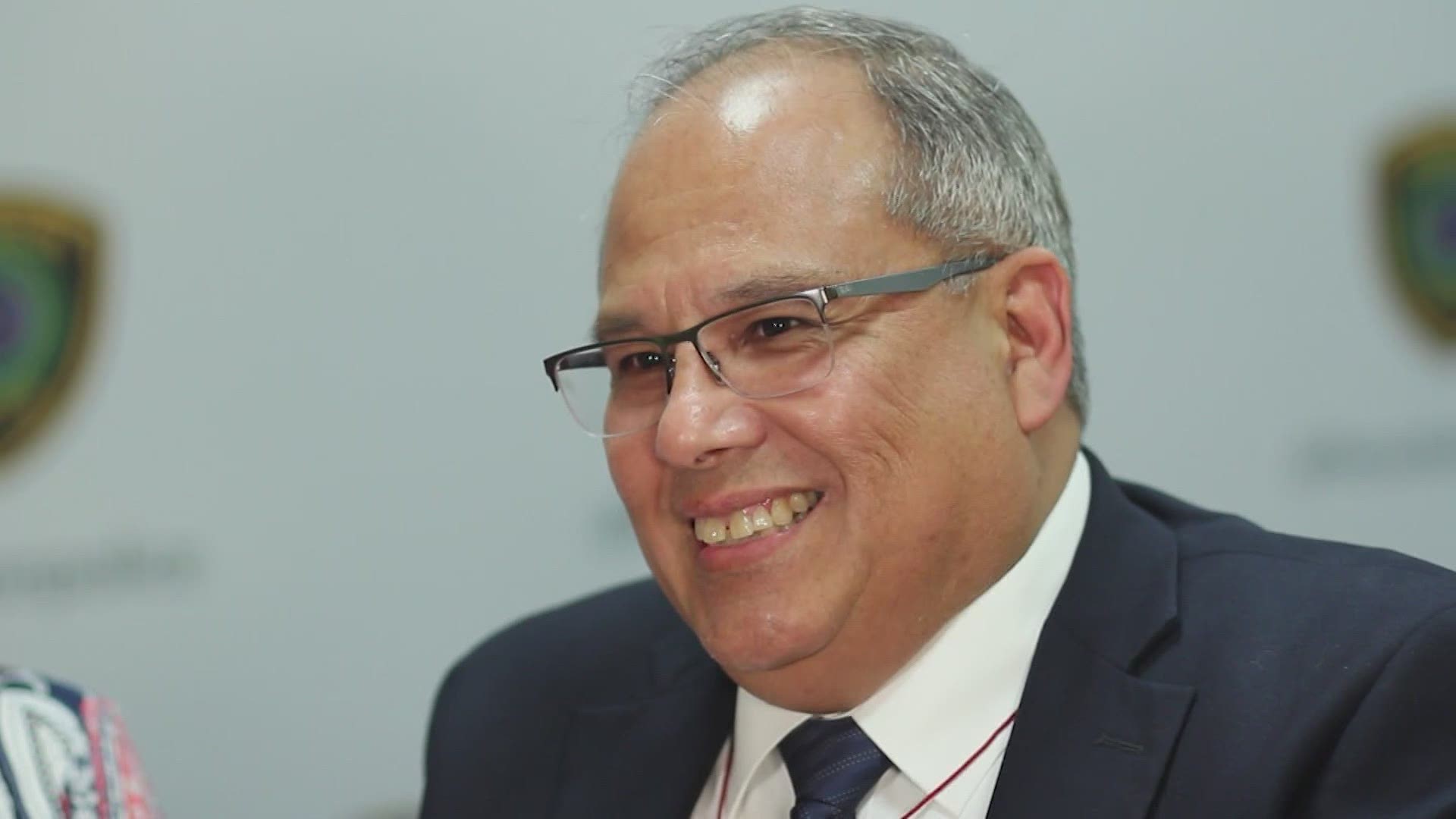 HOUSTON — A Houston Police detective, who was one of the first COVID-19 cases in our area, is now back on the job. There were times last year the family of Ramon Cervantes thought he might not make it, but he’s made a miraculous recovery.

KHOU 11 met Det. Cervantes years ago covering cold cases, and he's worked with victims' families on our Missing Pieces series. He told us even during his battle with COVID, he was determined to come back.

“I say now, and I always will say it’s a miracle, a miracle from God,” said Elizabeth Cervantes, his wife.

Det. Cervantes back on the job after a year away fighting coronavirus.

“Never did I think I would get it, not that I thought I was invincible; I thought that I was taking the necessary precautions,” Det. Cervantes said.

However, last year, on March 31, Det. Cervantes was admitted to St. Luke’s Hospital. The same day, his wife came down with COVID, too.

“It was very hard. Very hard. I didn’t want the kids, my kids, the grandkids that I was very sick at home," she said. "I had to be strong for the family."

At the time, their four kids and their families did everything they could to stay positive. Prayers poured in and pictures sent to the hospital.

Det. Cervantes was intubated for more than 40 days, and his family wanted him to see their faces when he woke up. But there were times when they weren’t sure he’d make it.

“April 4th, I get the phone call in the middle of the night, Ray had crashed, and so I begged them to save him," Elizabeth Cervantes said.

Then the next day, he crashed again. Eventually he woke up and remembers seeing the date written on the white board in his hospital room: May 19.

“When I came to, I actually startled the nurse, because she turned and said, 'You’re awake?' And at that moment, I said, 'Should I not be awake?'" Det. Cervantes said.

Humor, he says, and the power of prayer is what got him through, but recovery wasn’t easy.

He had to regain his strength, learning simple things like how to hold utensils and write again.

Finally on May 29, he went home. Det. Cervantes remembers seeing his mom for the first time. She gave him a gift, a reminder of his family’s faith, he still wears around his neck.

“We drove by my mom’s house so she could see me. It was very emotional," he said.

In December, another gift arrived. It was their fifth grandchild, named after Ray.

Looking back, it’s been a year they will never forget.

“I know this was and is a horrible pandemic that we just went through, but like my wife said, it made us closer," he said.

It's a year they believe was made possible by the prayers of family and people they never met.

“Our profound thanks for your prayers. I’m back, and it feels good," Det. Cervantes said.