TABC says it inspected one of the locations multiple times last weekend and found no violations. 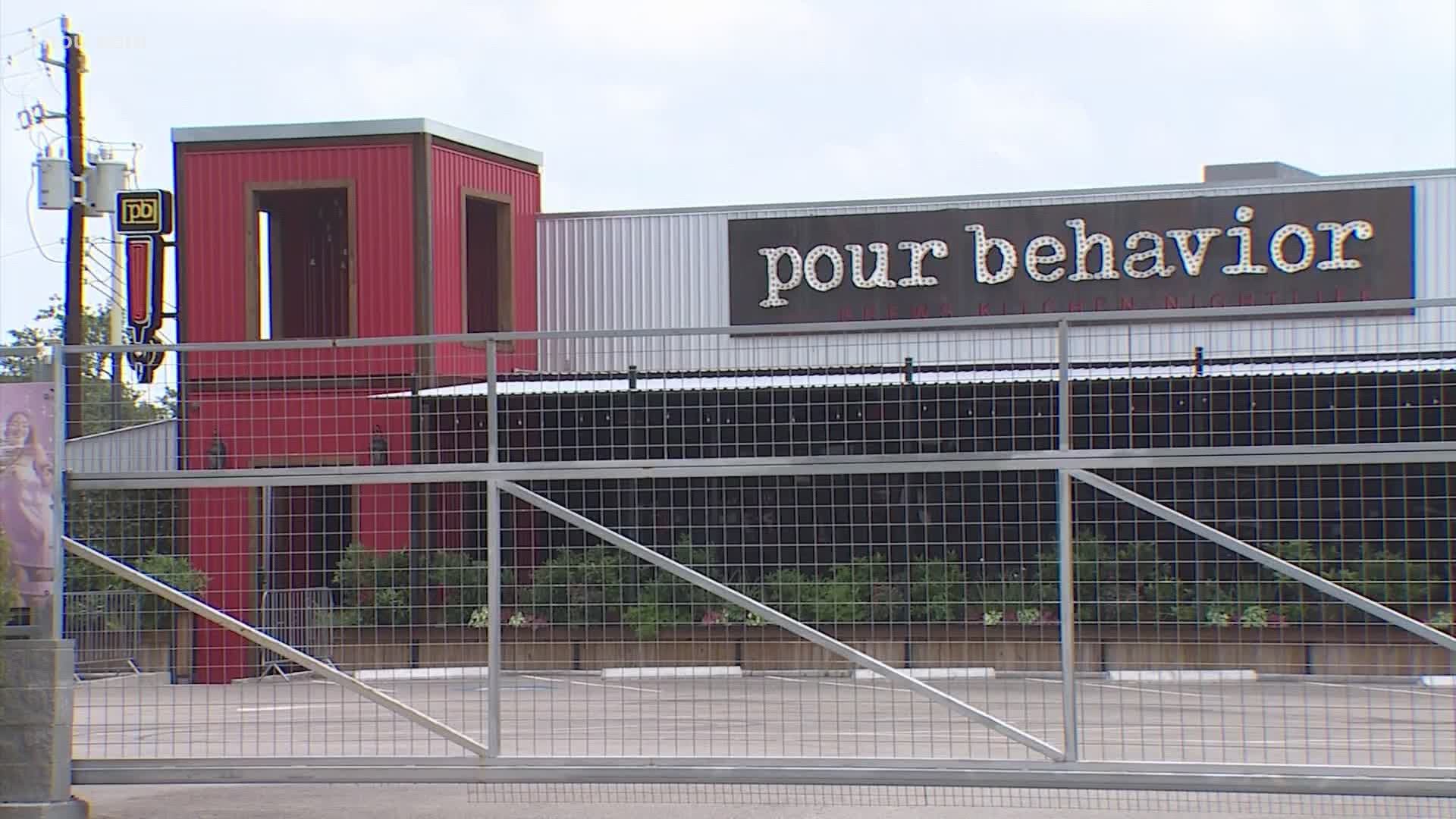 HOUSTON — Houston bar owners are fighting back after they were listed on Mayor Sylvester Turner's "Wall of Shame" earlier this week. The mayor accused them of violating COVID-19 safety measures and have ordered them to quit serving customers.

Some of the businesses have filed lawsuits.

The parking lot is empty at Prospect Park off Fountain View and Richmond. It's one of three establishments that were put on Turner's wall.

An attorney representing the owners of Pour Behavior said the restaurant has been inspected more than 20 times since May. He said it never received a citation or warning for violating COVID-19-related protocols.

The attorney said the mayor used an unknown “secret criteria” that’s caused damage to the business by putting it on the "Wall of Shame."

Spire nightclub was also put on the wall by the mayor. The Texas Alcoholic Beverage Commission says the nightclub operates as a restaurant and is allowed to have the same capacity.

TABC said the club was inspected by officers two times last weekend and no violations were found.

KHOU-11 reached out to the mayor's office for comment but have not gotten a response.

The Corner Bar and Lounge in Humble closed because of the governor's order. The establishment is one of several now suing the governor and the TABC.

RELATED: Here are the three businesses on Houston's 'Wall of Shame,' accused of disregarding COVID-19 orders