The website ReadyHarris.org shows 17 percent of the county’s ICU beds are currently taken up by COVID-19 patients. 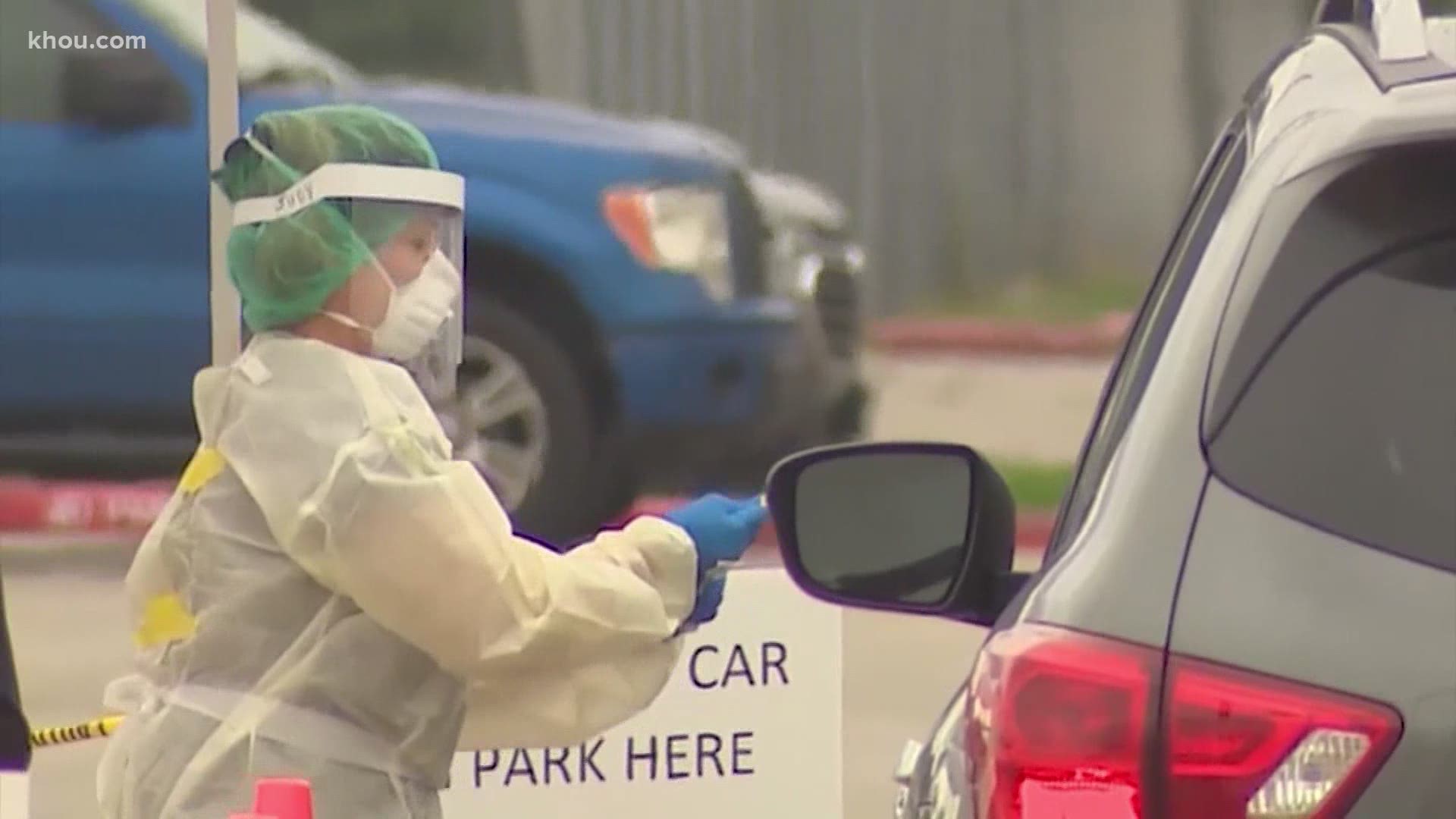 HOUSTON — Houston and Harris County together now have more than 20,000 active COVID-19 cases and are averaging more than 1,000 new cases reported each day.

That’s a 14-day average of figures reported within 14 days of the test date.

“That number is just astronomical,” said Harris County Judge Lina Hidalgo during an interview with KHOU 11 on Thursday. “It’s enormous.”

“In June and July, while we were seeing lower cases, we later learned that there was a backlog from the state that we didn’t receive until later and wasn’t processed until later, and that’s why the number we really need to focus on is the ICU population,” Judge Hidalgo said. “That’s the one where you can draw a clearer comparison."

The website ReadyHarris.org shows 17 percent of the county’s ICU beds are currently taken up by COVID-19 patients.

While that figure is well below July’s ICU peak of 46 percent, county officials aren’t relaxing.

“The COVID-positive population is increasing, and the increase is accelerating dangerously,” Judge Hidalgo said.

COVID-19 has taken a combined 2,453 lives in Houston and Harris County.

The good news: Harris County is currently doing much more testing compared to the summer.

The positivity rate, or percentage of COVID-19 tests coming back positive, is currently around 9 percent. It topped out at 25 percent in July.

Now, those free sites are open to everyone.