Get your at-home classroom ready in one hour

Hundreds of thousands of Houston area kids must learn online for at least the next 5 weeks, so parents are working to set up home schools. 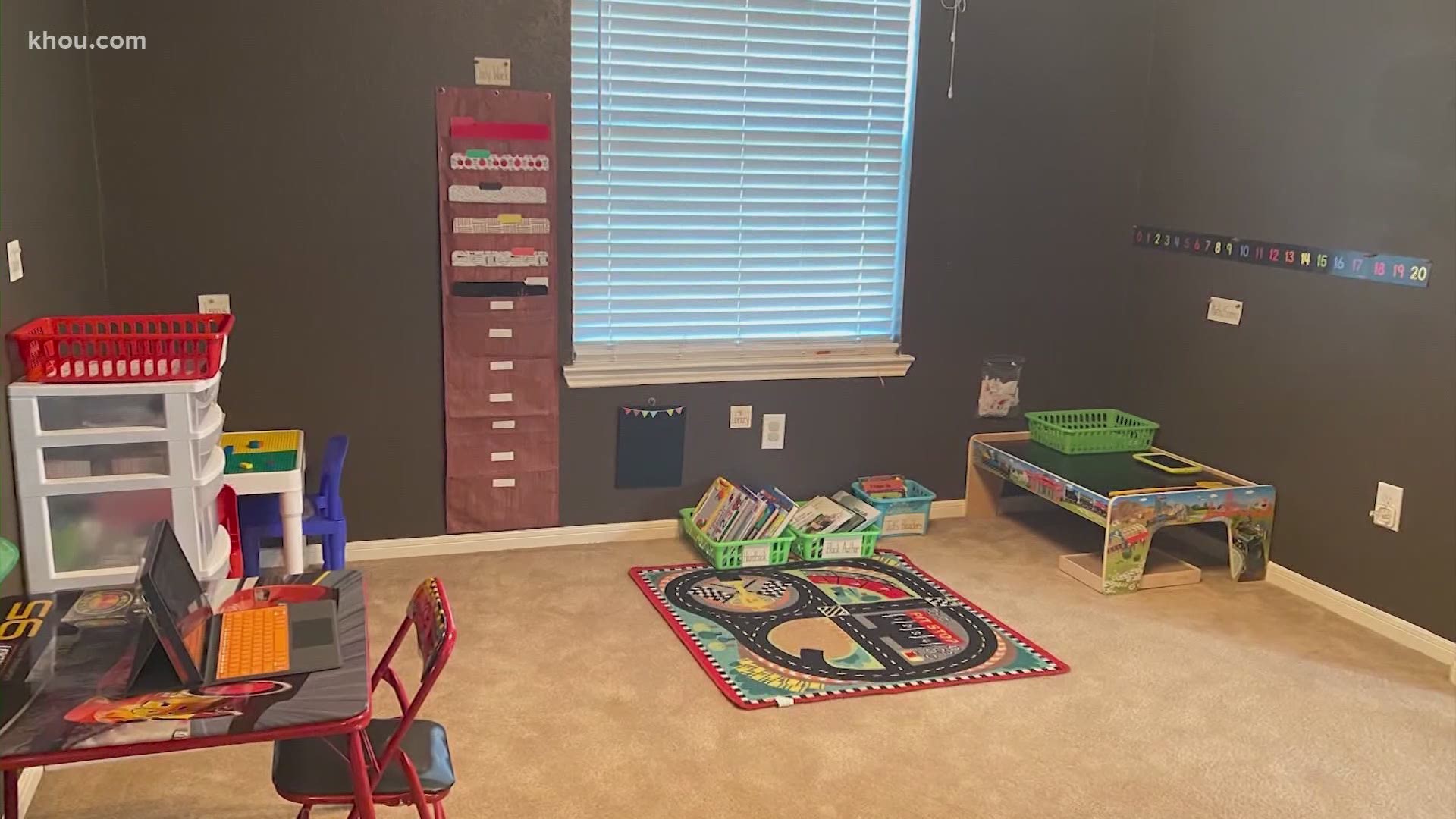 HOUSTON — Hundreds of thousands of Houston area kids must learn online for at least the next five weeks, so parents are working to set up home schools.

As it turns out, one local teacher is helping moms and dads do just that in only an hour.

KHOU Great Day Producer (and mother to a boy) Alexis Jones wanted help putting together a Kindergarten classroom for her 5-year-old son, Jett. Jones reached out on Facebook and Pagan Runnels came to the rescue.

Runnels, a grade-school teacher, has put together plenty of classrooms and also has strategies that can help parent and child, as both work at home now.

“I took pictures of the things, items I already had I thought would be helpful," Jones said.

“Pagan gave me a budget of only $25 and she went to the Dollar Store and being that she is a kindergarten teacher, she already had an idea of what she needed,” Runnels said.

The most important question, though: How does Jett like it?

“He actually thought the class was for him to teach his students. He pulled out the counter (pointing to and reading numbers pinned to the wall) and started teaching his students,” Jones said. “It took her only about an hour, which was a miracle to me.”

In fact, Runnels has now opened Classroom in a Box.

Services begin at $40 if you provide all materials. They top out at $100 if Runnels buys all materials. Runnels says she can be in and out of your home in just an hour.

“She wanted to prove the point it’s really cheap to get this done and doesn't have to be frustrating,” Jones said.