Galveston's Fourth of July fireworks fizzle out amid pandemic fears

The decision sends up in smoke a tradition seawall restaurant owners and hoteliers argue is crucial to generating revenue. 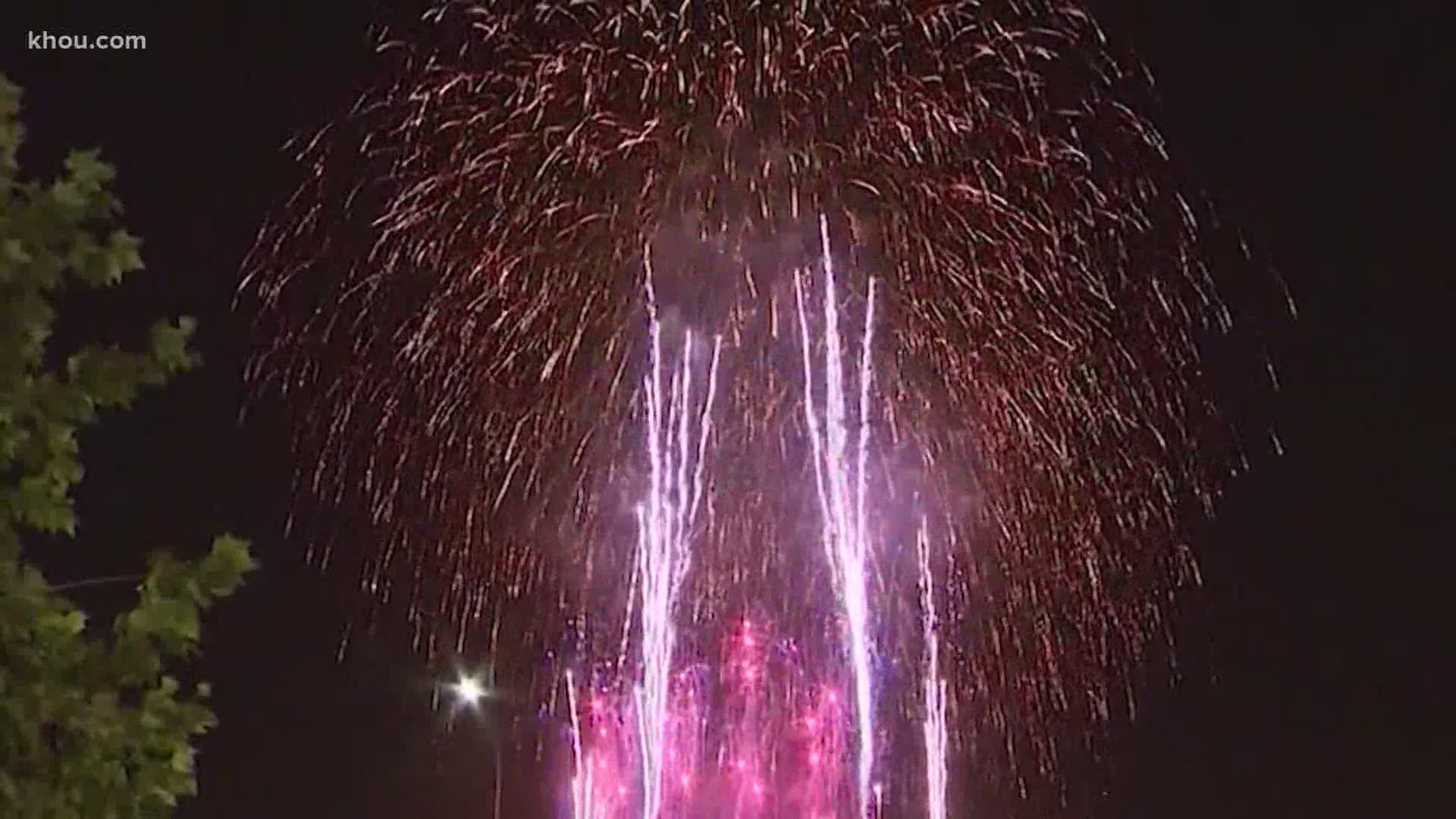 GALVESTON, Texas — The Galveston Park Board of Trustees on Monday voted to cancel its annual Fourth of July fireworks display, largely over fears of attracting large crowds amid a global pandemic — disappointing owners and managers of businesses who depend on such events to attract tourists, according to a report by Keri Heath of the Galveston County Daily News.

The decision sends up in smoke a tradition seawall restaurant owners and hoteliers argue is crucial to generating revenue and driving more businesses through their doors, especially during a year when coronavirus closures have caused significant revenue loss.

The park board voted 6-2 to not pay $20,000 for the fireworks display. Trustee Steven Creitz abstained.

It’s too early to know how or whether the coronavirus will resurge in late June and early July, Trustee Will Wright said.

“I’m not against the fireworks, but let’s look at doing them when we know that we can plan correctly for them and, as of right now, there’s just too much uncertainty,” Wright said.

With July 4 falling on a Saturday, it’s likely to be a busy weekend, said District 3 Councilman David Collins, who voted against the fireworks display this year. Collins is the park board liaison. Crowds already are descending on Galveston, he said.

“It’s going to be a busy weekend one way or another,” Collins said.

The park board has to keep in mind the interests of the local tourism industry, which is crucial to Galveston’s economy, Vice Chairwoman Jan Collier said.

That’s especially true now, when closures caused by the coronavirus have caused economic hardship on so many businesses, said Collier, who voted for the park board to proceed with paying for the display.

“How people are managing to even stay open right now is from the grace of God,” Collier said. “It will be a black eye for us to not do something.”

The park board has thought on the matter for some time. The board was meant to vote on the fireworks display two weeks ago but postponed the decision to get more information and talk with the chosen fireworks company, Sky Wonder Pyrotechnics, about delay options.

The board called Monday’s special meeting almost exclusively to discuss the Fourth of July show and spent more than an hour in discussion before taking a vote.

The park board’s staff recommended moving forward with the display.

The contract with Sky Wonder allowed the park board to push its fireworks display out 180 days from July 4 if the virus resurged and conditions would be unsafe for large crowds, Executive Director Kelly de Schaun said.

The park board could push the show to Labor Day, Sept. 7, de Schaun said.

‘A TRUE SLAP IN THE FACE’

“Island tourism is the lifeblood of so many local people and Galvestonians,” Miles said. “It would be a true slap in the face to ignore their needs.”

The park board is meant to help local businesses attract tourists to the island, said Johnny Smecca, a principal at Galveston Restaurant Group, which owns Seawall restaurants The Gumbo Diner, Papa’s Pizza and Mario’s Seawall Italian Restaurant, among others.

“I thought the tourism board was established to keep a healthy tourism market,” Smecca said.

But not having fireworks on the island just means people are going to leave earlier and go to another community that does have fireworks, Smecca said.

It wasn’t all about coronavirus.

In addition to concerns about social distancing, Trustees Marty Fluke and Jason Worthen also worried about the environmental impact of shell casings.

Galveston’s had its share of explosive fireworks debates before. Last summer, the park board voted to end a summer series of Sunday evening fireworks displays after significant pushback from residents who complained about the noise, the environmental effect and fearful pets.

Business owners argued that the Sunday series, which began in 2017, also brought in revenue.

The $20,000 that would have paid for the fireworks will stay in a fund meant for tourism development, according to the park board.

This story is a result of our partnership with the Galveston County Daily News.

RELATED: Galveston Island Beach Patrol looking to hire 80 lifeguards to keep up with influx of visitors