The city has more than 10,000 confirmed cases, and health officials worry about what the rising trend could do to local hospitals. 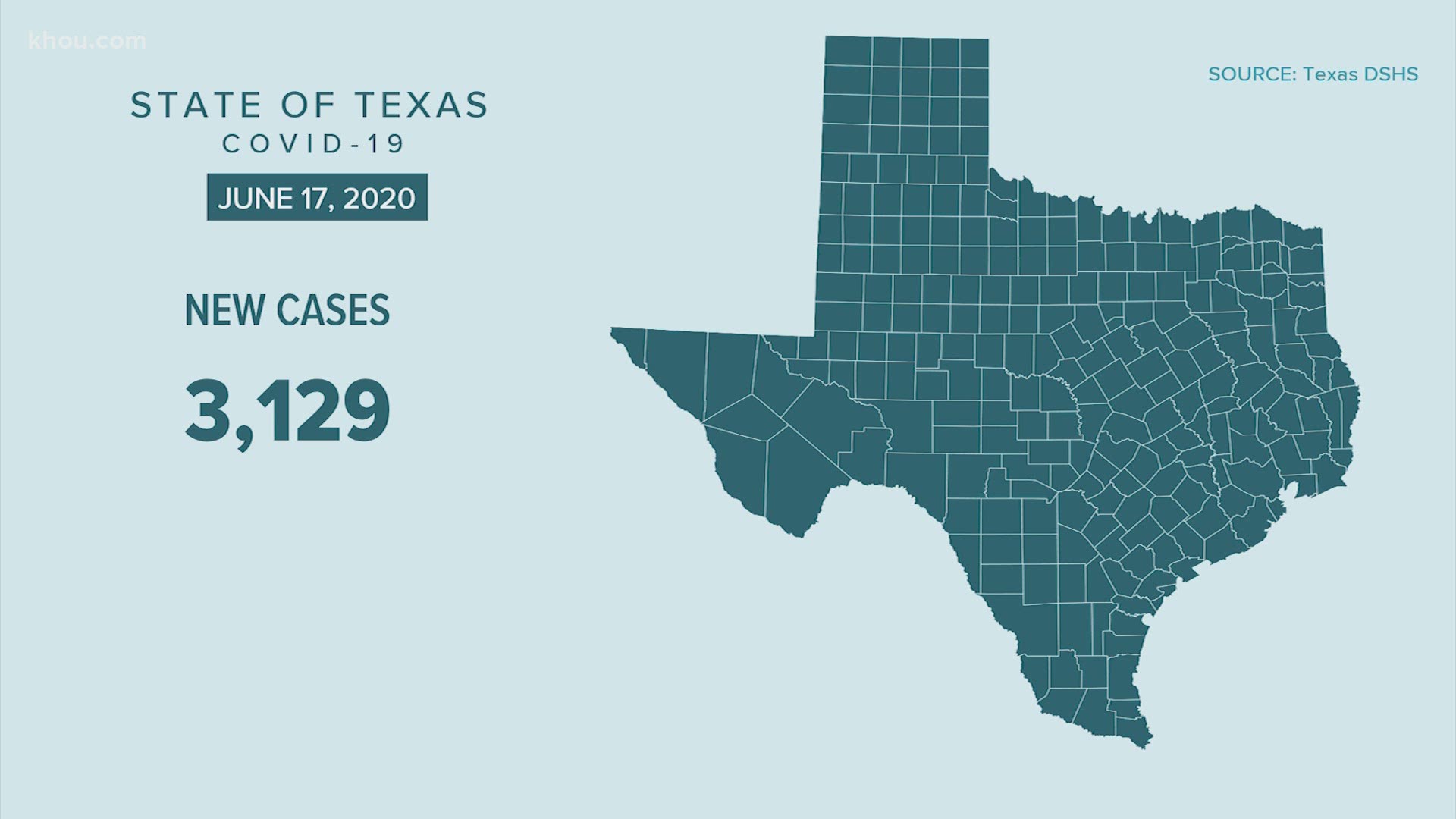 HOUSTON — As cases of the novel coronavirus continue to rise, local leaders are weighing options on how to combat the troubling trend.

Harris County Judge Lina Hidalgo said she’s speaking with the county attorney on the legality of a face covering order, similar to that issued in Bexar County on Tuesday.

Bexar County Judge Nelson Wolff, whose county includes San Antonio, issued an executive order directing all businesses to enforce face coverings for employees and customers when social distancing isn't possible. Texas Gov. Greg Abbott has signed off on the order—a surprise to some local authorities who feel the governor’s directives have stripped away their local enforcement rights.

Nine Texas mayors, including Houston Mayor Sylvester Turner, sent a letter to Abbott on Tuesday asking him to give them the power to make masks mandatory in their cities.

Hidalgo’s office said in a statement Wednesday that while they’re exploring their own avenues, in the meantime “we strongly urge residents exercise personal responsibility and to wear face coverings to protect themselves and others from this virus. We are not safer today than we were in March.”

The latest University of Pennsylvania models also troubling. It shows Harris County could see more than 1,000 daily cases after the Fourth of July.

There’s been an 8 percent increase from the entire month of May to the first two weeks in June of people between the ages of 18-44 who have visited emergency rooms with COVID-19 symptoms.

It’s also the largest increase of any age group.

Persse and Turner attributed the increase to people spending more time in public, not wearing face coverings or social distancing.

People ages 65 and older saw the lowest increase of ER visits. Persse said that’s because the city has been working closely with nursing homes and “elder folks are paying attention to advice; perhaps younger people, not so much,” he said.

Turner continued to stress the importance of wearing face coverings and social distancing when in public. The mayor, wearing a black face mask throughout his entire afternoon news conference, said if not for you, then for the people around you.

“Now is not the time to go out and behave as if life has returned to normal,” Turner said. “It has not and it won’t anytime soon.”

The city accepted a donation of 500,000 reusable masks today from the Ismaili Council for the Southwestern US and Focus Humanitarian USA. The mayor said the masks will be mainly made available to at-risk populations.

When asked if he could see the potential for a mask mandate in the future, Turner said it wouldn’t surprise him.

“If the numbers continue to rise,” he said, “I do see us getting to that point.”