Things were spicy and dicey on US 59 overnight! 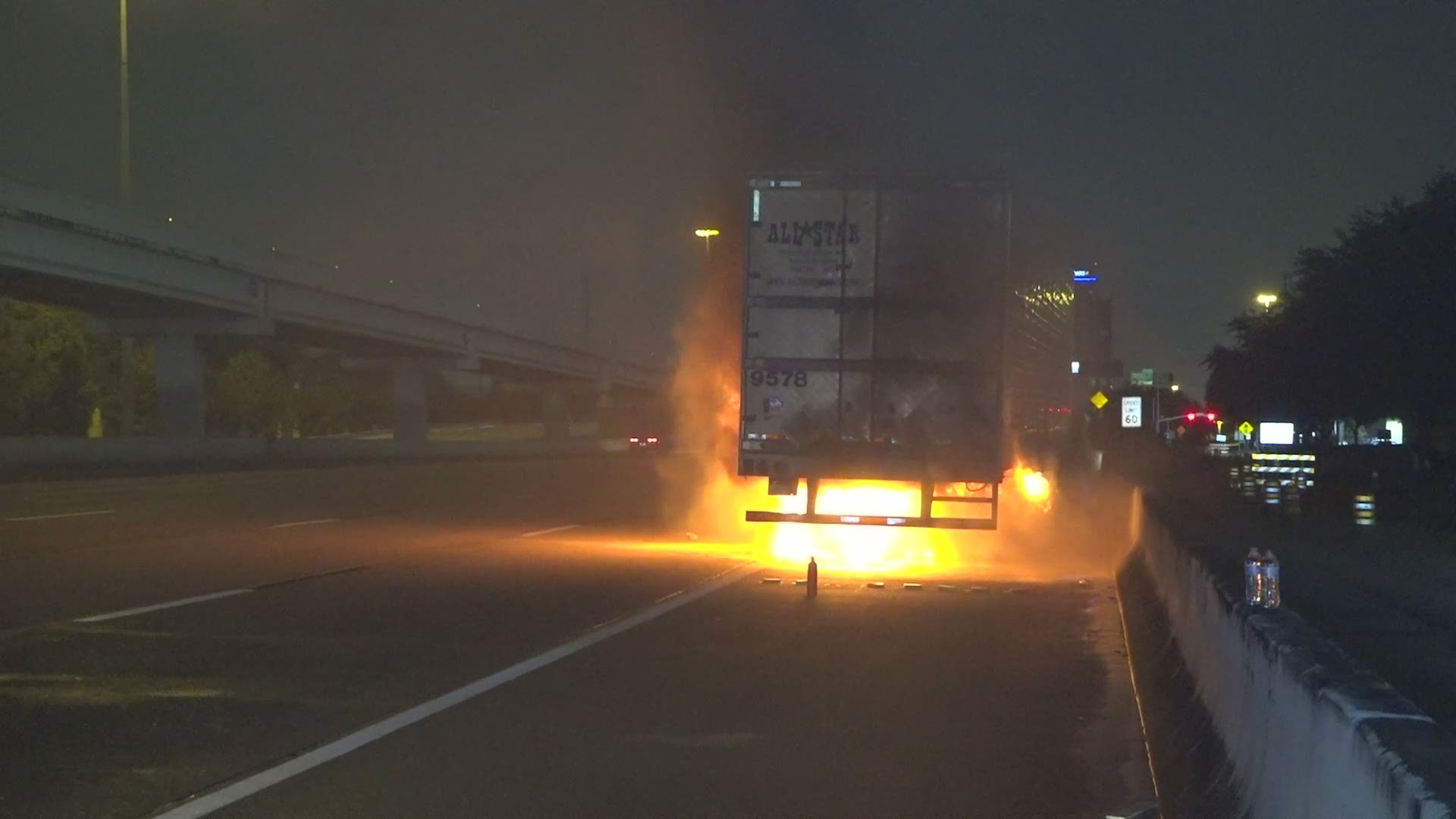 Firefighters said the fire started in the brakes and they were able to put it out quickly.

It happened around 1 a.m. on the southwest freeway inbound at the 610 West Loop.

Firefighters had to use power tools to get into the side of truck when the fire spread to some of the produce.

No injuries were reported and it looked like most of the jalapeños were saved.