The victim met up with the suspect to sell the dog, which is valued at $2,500, but police say he robbed her instead. 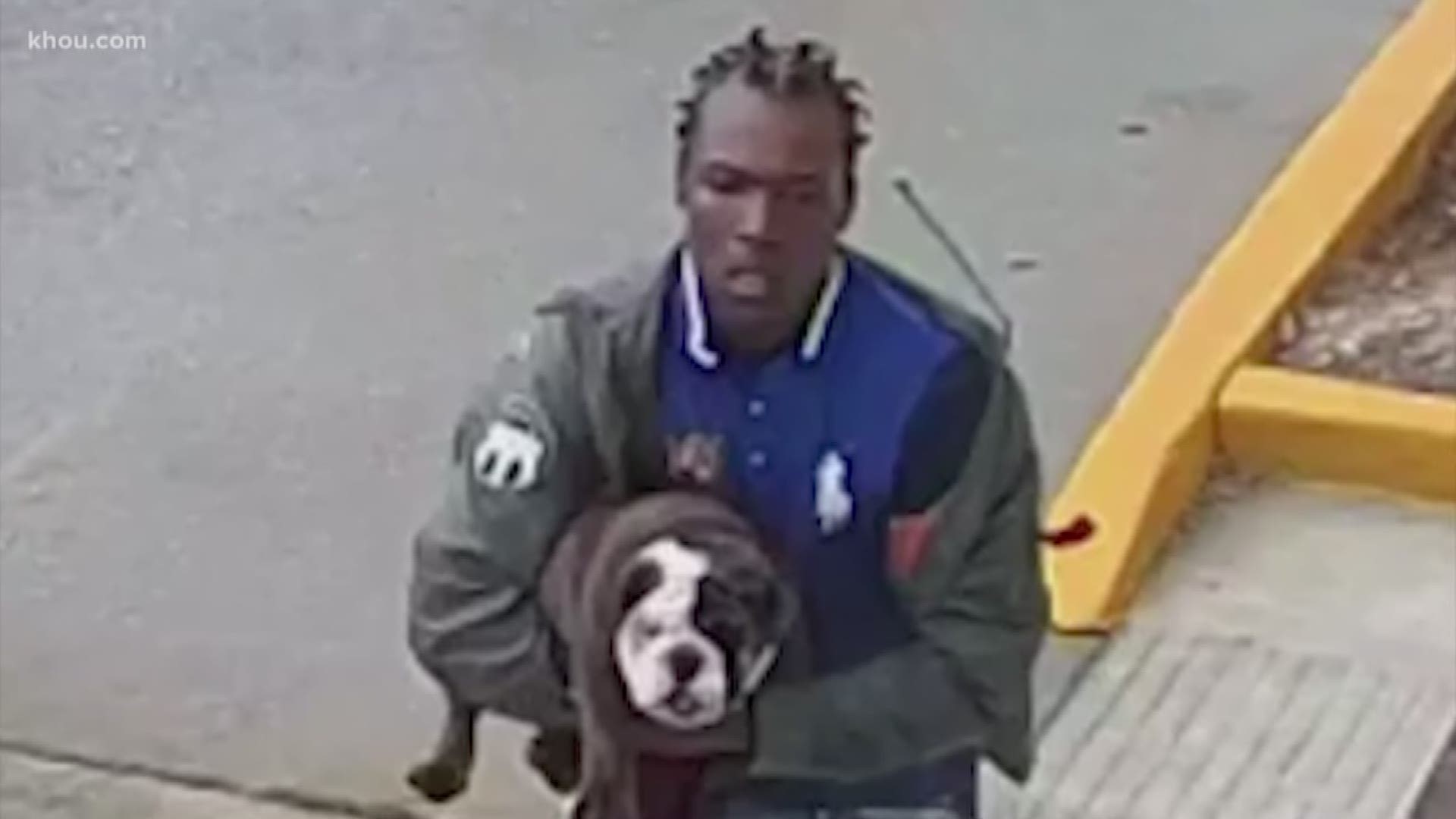 HOUSTON — Houston police Tuesday released surveillance video of a man they say stole a 4-month-old English Bulldog, valued at $2,500, from a woman earlier this month.

This happened on May 3 at a parking lot located in the 2300 block of South Wayside in southeast Houston.

Police say a woman met up with the man after receiving word from a third-party breeder that the man was interested in buying her bulldog. The woman and man made arrangements and agreed to meet in a public space, police said.

The suspect met with the woman and held and inspected the dog. Police said he then told her, “I'm taking this dog and if you do anything, I'm going to ____ you up." 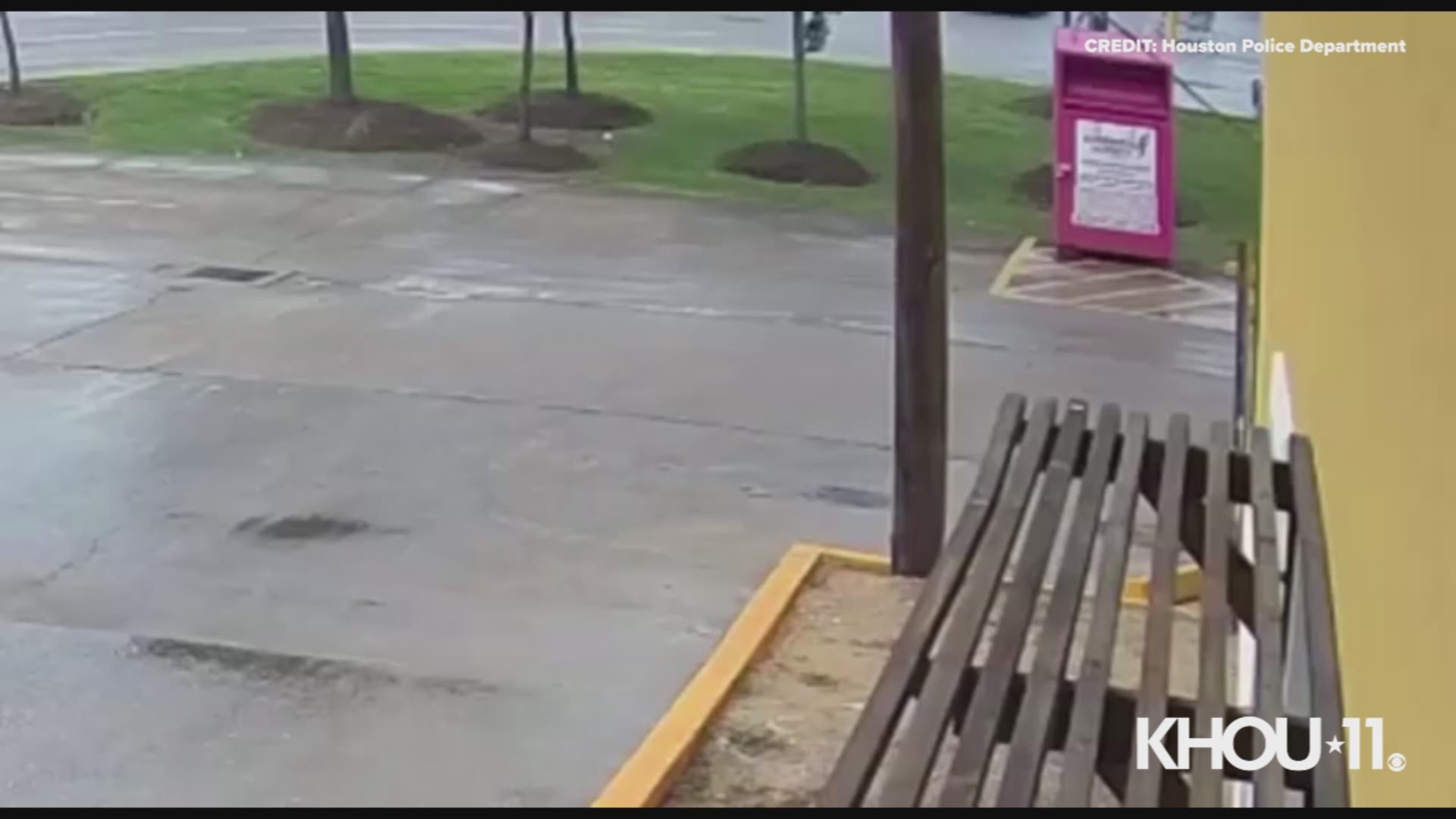 The dog is brindle colored with a brown patch over the right eye, the victim told police.