The Houston Police Department said the suspect was wanted in connection with a home invasion of a Harris County Precinct 1 deputy constable's home Sunday morning. 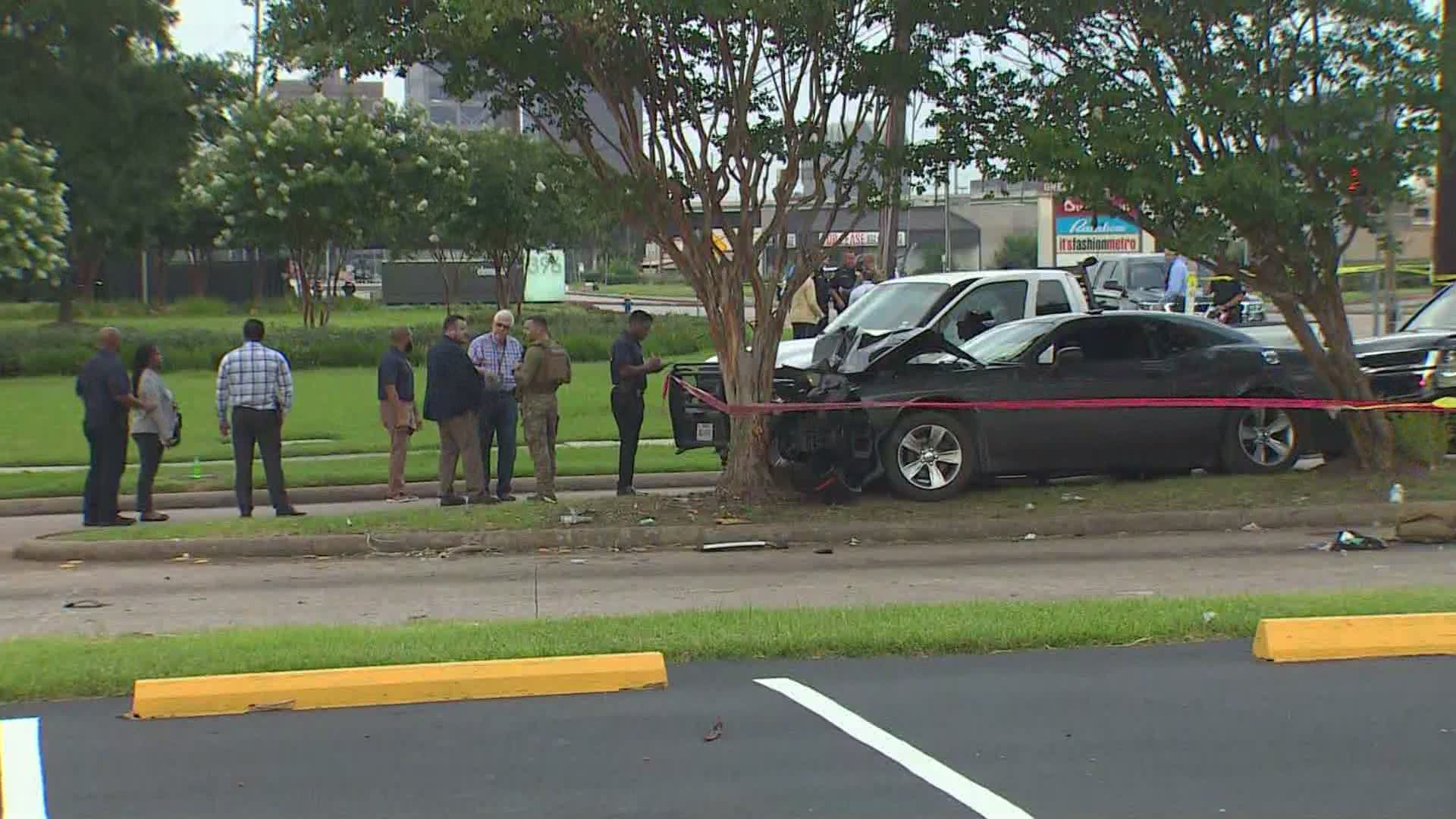 HOUSTON — A suspect in a violent home invasion was shot Sunday in north Houston, according to police.

The shooting happened at about 5:45 p.m. in the 500 block of West Greens Road, near Antoine Drive. According to the Houston police,  the "wanted suspect exchanged gunfire with HPD SWAT officers."

Houston Police Chief Troy Finner said early Sunday morning, the same suspect had barged into a Precinct 1 deputy constable's home in the 2200 block of West Dallas Street and shot the deputy constable's girlfriend in the leg and 4-year-old stepdaughter in the arm.

On Monday, Houston police confirmed the suspect was armed with body armor, a shotgun and an assault rifle. He is accused of firing into the window of the family's home before barging in through the back door.

Investigators said the couple's three children — including a newborn baby — were inside. The mother and children narrowly escaped as the deputy fired back at the suspect, police said.

Finner said the suspect has a history of mental illness and his family was cooperating with authorities.

The suspect kept going about two more blocks and then crashed at the intersection of Northborough and Greens, Finner said. When he got out of the vehicle, he fired at officers a third time. Finner said, this time officers returned fire and struck the suspect several times.

HPD said no officers were struck by gunfire. The suspect was taken to an area hospital in critical condition.

One officer suffered minor injuries and was treated at the scene, HPD said.

Finner said the suspect's identity is not being released at this time.

Here's Finner's update on the shooting:

According to Finner, at about 2:20 a.m. Sunday, the suspect broke into a deputy constable's home and started shooting.

Finner said the suspect was carrying a shotgun and an assault rifle and started firing, hitting the deputy constable's wife in the leg and his 4-year-old stepdaughter in the arm.

Both were taken to their hospital for their injuries. The wife is going to be OK. The stepdaughter was in surgery, Finner said.

The deputy constable was able to grab his gun and fire back at the suspect, police said. Finner said he believes he hit the suspect, as there was a separate blood trail.