Video: Man parked in his driveway forced out of vehicle by carjackers with guns

The only details police have on the suspects are they were young black men. 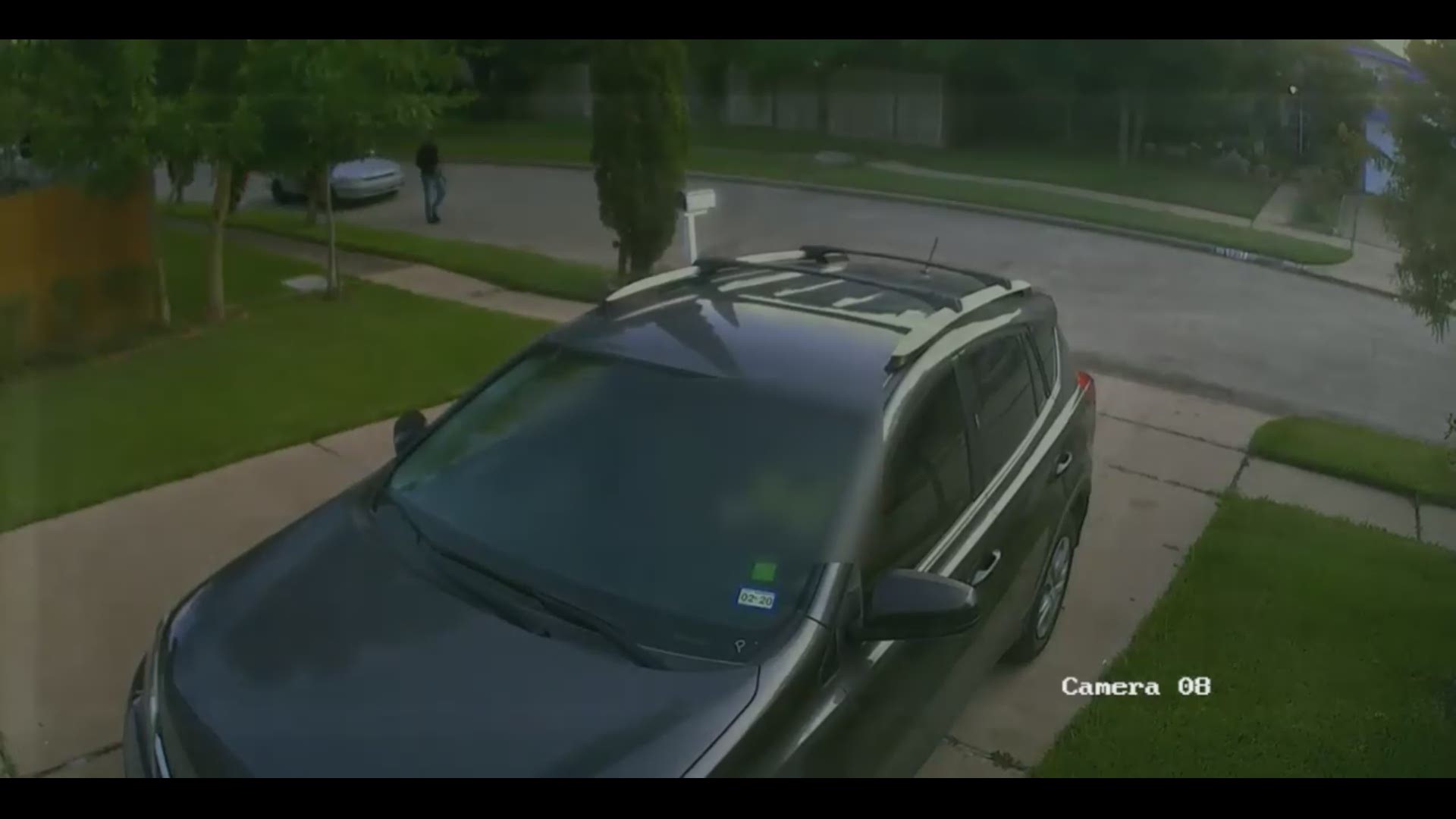 HOUSTON — Houston police have released surveillance video of a violent carjacking that happened in August with hopes someone can identify the suspects responsible.

The carjacking happened Aug. 4 at a man's home near Alief.

Police said the man had just made it to his home in the 11900 block of Longbrook and attempted to get out of his vehicle when an unknown suspect, who appeared to be casually walking on the street, ran to the driver’s side door with a gun.

The man closed his door, but the suspect was able to open it before he was able to lock it.

Surveillance video captured a second suspect run to the man's SUV and both of the suspects then forcibly removed the man from his vehicle and threw him to the ground.

An older model light colored Toyota Camry was captured pulling up in front of the driveway and a third suspect got out of that vehicle and joined the two other suspects as they searched the man.

Two of the suspects then got into the man’s car and drove off, following the Toyota Camry.

Police said the man described the suspects as young black men. No other details were given.