'I was hiding for my life' | Students describe fear, chaotic scene after shooting at YES Prep Southwest

Students were seen falling into their parents’ arms, sobbing. They described everything from seeing bullet holes to seeing blood on the ground. 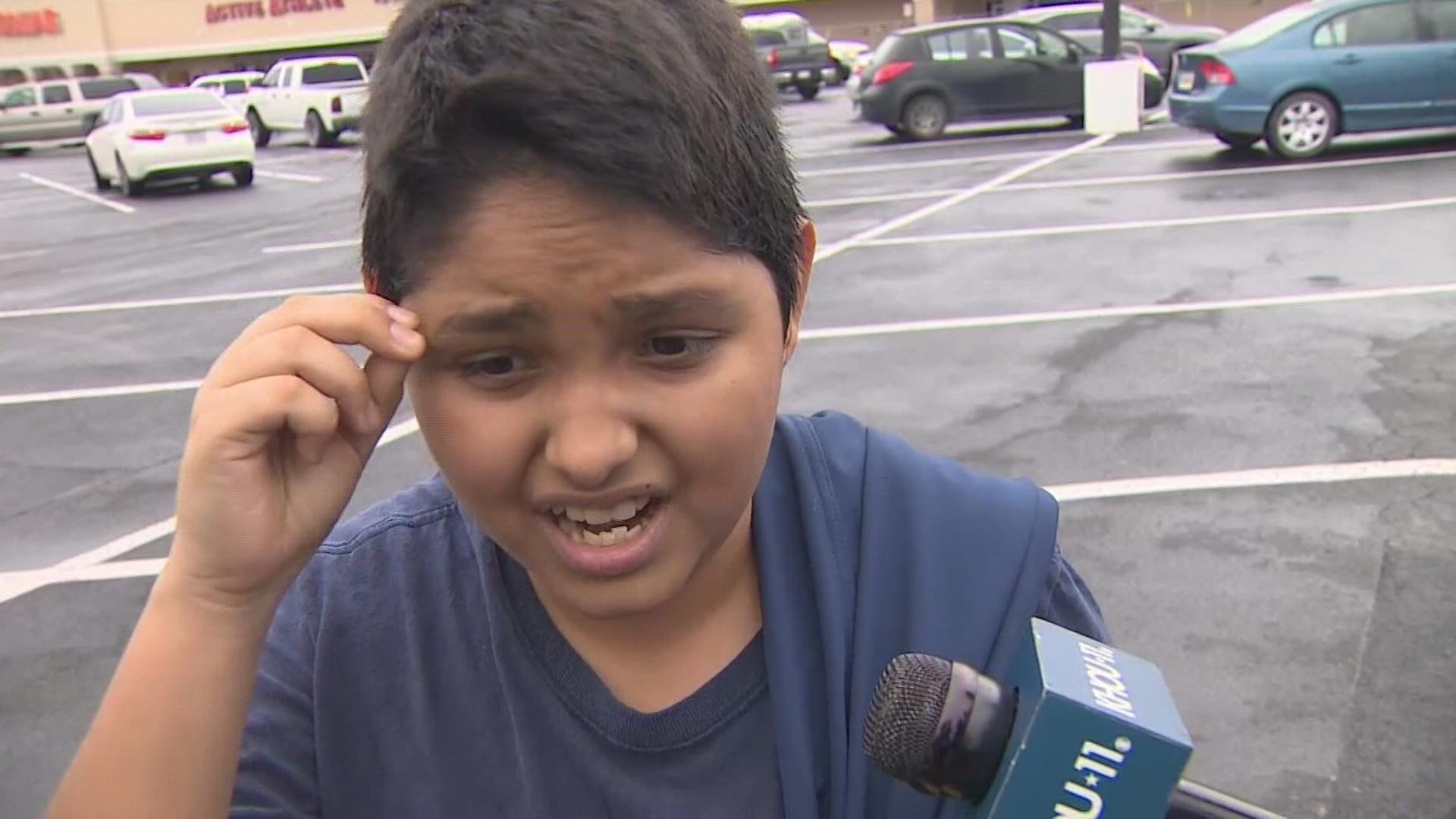 HOUSTON — Friday afternoon at YES Prep Southwest Secondary was a scary time for students after a shooting that injured a school administrator.

Many of the students left the school and went to the staging area where parents waited anxiously to reunite with their kids. Students were seen falling into their parents’ arms, sobbing. They described everything from seeing bullet holes to seeing blood on the ground.

Two brothers, Dylan and Kevin Ortiz, weren’t able to find each other when the shooting happened.

“I was scared when I heard someone say, ‘Run.’ I was hiding for my life,” Dylan Ortiz said. "And then I heard four gunshots. I saw blood on the ground a little bit, and I thought my brother was dead.”

“It was pretty relief that nothing happened to me, my mom, my brother,” Kevin Ortiz said. “It was just really relief to see my mom happy again.”

One student said the school just went through an active shooter drill just days ago.

“It was scary, because two days ago, we practiced a drill like this, like what we would do if something happened like this, and for it to happen now, like school is not safe for anybody anymore,” the student said.

A senior described how an employee led him and several other students to safety.

“I’m a senior. I was in the cafeteria. I was at lunch and I just seen my school director run towards us, screaming like to lockdown,” the student said. “So he took us out the backdoor and we was all running to the gym because there’s classrooms in there and he locked us in there.”

School officials said the employee hurt in the shooting was taken to the hospital with non-life-threatening injuries. That administrator is expected to be released later Friday.