Police: Grandmother shoots man for exposing himself to granddaughter

The grandmother claims the man, who rode up to her home on a bicycle, "pulled out his private parts" and exposed himself to her granddaughter. 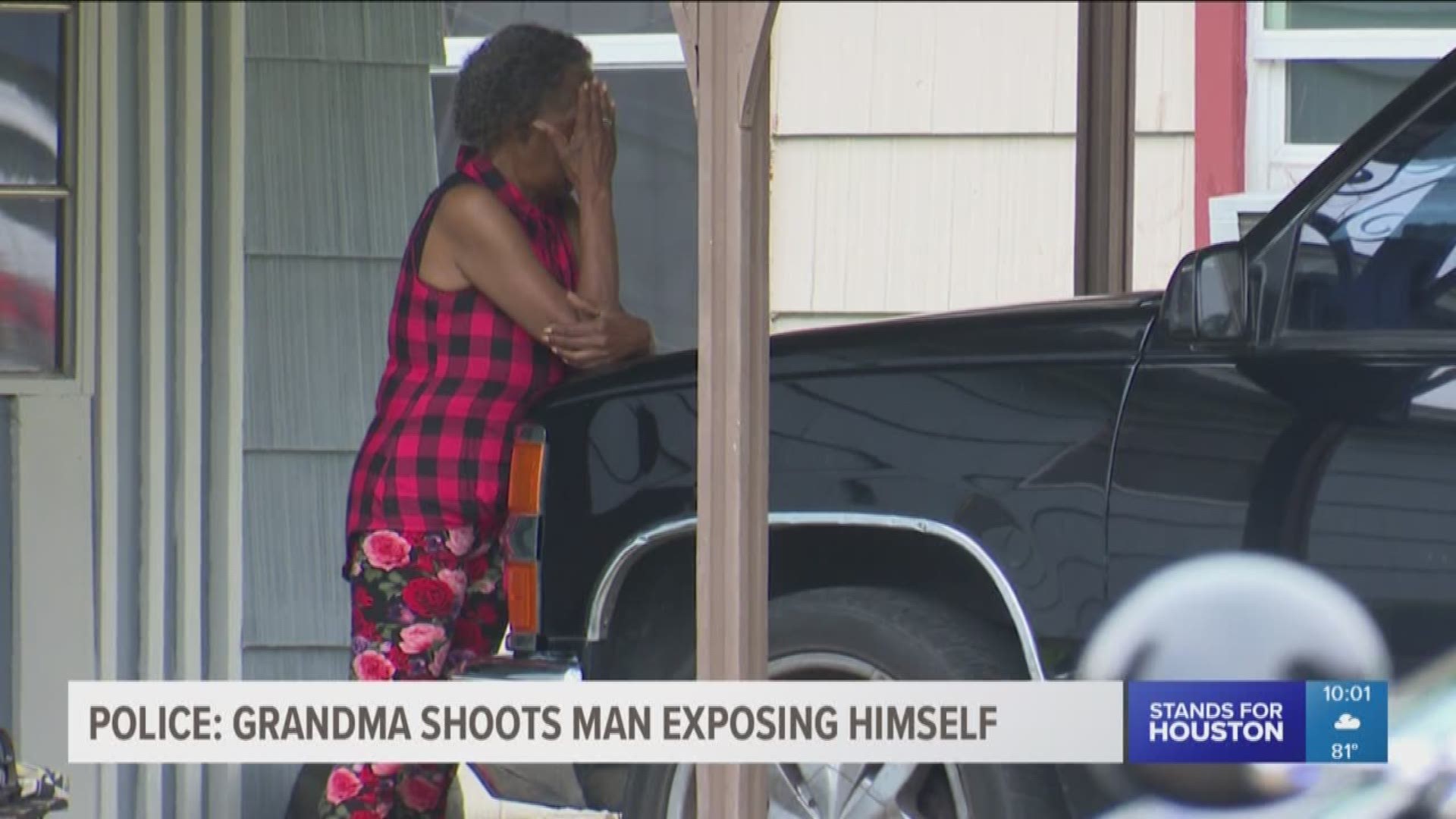 HOUSTON - Police say a grandmother shot a man outside of her home on Houston's south side after he exposed himself to her and her granddaughter.

Police say the grandmother told him several times to stop what he was doing and threatened to shoot him. He didn't stop, and the grandmother shot him through the front door, according to police.

The man tried riding away from the home but collapsed just down the street. He was transported to the hospital by ambulance. Officials say he was shot in the chest, but he is expected to survive.